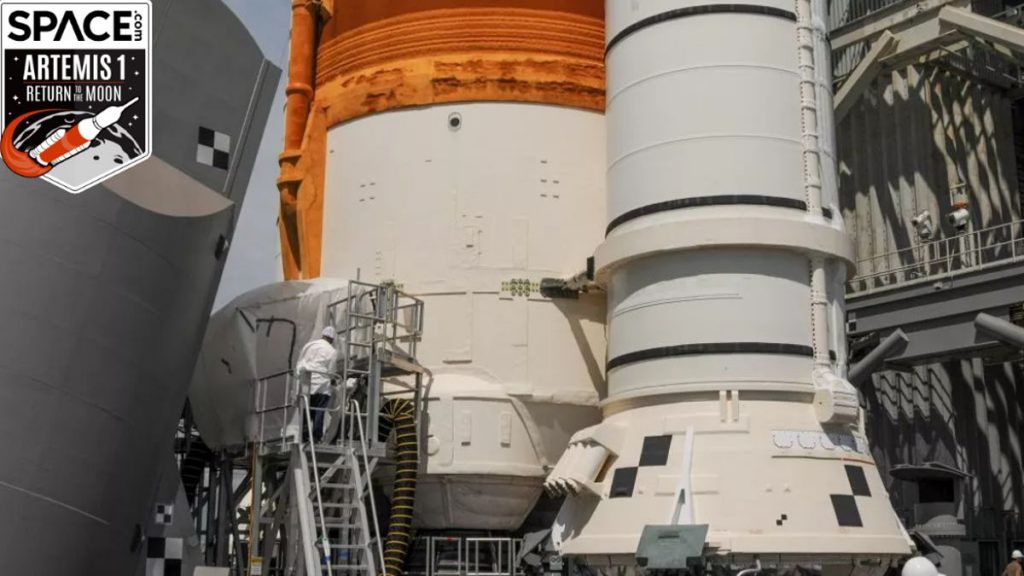 NASA is just days away from a key fueling test of its new megarocket that may make or break the space agency’s chances of launching its Artemis 1 mission to the moon next week.

The fueling test, which NASA will attempt on Wednesday (Sept. 21), will test repairs of two hydrogen leaks on the rocket, called the Space Launch System, as well as a new, slower way to fuel up the 32-story booster at Pad 389A of the Kennedy Space Center in Florida. If all goes well, NASA make its third attempt to launch the Artemis 1 SLS rocket to the moon on Sept. 27 after two false starts in recent weeks.

NASA’s Artemis 1 fueling test comes after two failed attempts to launch the Artemis 1 mission — the first uncrewed test flight of the SLS rocket with its Orion capsule —on Aug. 29 and Sept. 3, first due to an engine temperature issue traced to a bad sensor, and then due to a large leak of hydrogen fuel. The space agency has since repaired an 8-inch (20-centimeter) hydrogen line and a smaller 4-inch (10-cm) line.

The 8-inch line was of particular concern because of its substantial leak during the Sept. 3 launch try. Engineers replaced the soft seals on both lines and even found a tiny indentation in the larger line’s seal that may or may not have been caused by a piece of debris (though no debris was found at the launch pad). The tiny divot was just under 0.01 inches long (0.002 cm), NASA said.

“Now, that doesn’t sound like a lot but we’re dealing with hydrogen, the smallest particle on the atomic chart,” Mike Sarafin, NASA’s Artemis 1 mission manager, said in the teleconference. “It does provide an opportunity for a pressurized gas to leak through that.”

To make things easier on the SLS fuel lines, NASA will attempt what it calls a “kinder and gentler” liquid hydrogen loading process during this week’s test. That process will fuel the rocket about 30 minutes slower than normal to ease the stress on pressurized fuel lines and seals. (It usually takes up to four hours to fuel the rocket.)

“Ultimately, we’ve mitigated everything that we can think of and we will know in 36 hours or 48 hours or so, how effective those mitigations work,” John Blevins, NASA’s SLS chief engineer of the Marshall Space Flight Center in Huntsville, Alabama, told reporters.

The agency also automated all but five manual commands for the fueling process, and added training for the launch team to avoid the accidental overpressurizing of a fuel line like in an incident that occurred during the Sept. 3 attempt.

During the Artemis 1 fueling test on Wednesday, NASA will fill the rocket’s core and upper stages with the 736,000 gallons (3.3 million liters) of super-chilled liquid hydrogen and liquid oxygen it needs for launch. It is a not a full dress rehearsal for launch (the Artemis 1 Orion space capsule and twin solid rocket boosters will be unpowered) but is designed to verify the fuel leak fixes and new fueling process work, NASA officials said.

Even if the fueling test is successful, it’s not a sure thing NASA will be able to launch on Sept. 27.

The space agency is currently seeking a waiver from the U.S. Space Force on the SLS rocket’s flight termination system, which has batteries that have to be checked every 25 days to make sure they’re working properly. The flight termination system is a safety device designed to blow up the SLS rocket to protect the public should it veer off course. Making sure it works correctly is required by the U.S. Space Force, which oversees the Eastern Range for rocket launches off Florida’s coast. The 25-day period for Artemis 1 ended on Sept. 6.

Rechecking the flight termination system can only be done inside the massive Vehicle Assembly Building hangar where the SLS was assembled. To do that, NASA would have to roll the 322-foot-tall (98 meters) rocket off the launch pad, potentially adding weeks of more delays.

“Right now, we’re still in the process of having technical discussions with the Range,” Whitmeyer said. “It’s been very productive and collaborative.” NASA has not yet received any decision on if it will be granted the waiver and doesn’t expect to be notified before the Sept. 21 fueling test.

If the Artemis 1 fueling test goes well and NASA does secure the waiver it seeks from the Space Force, its next launch attempt would be set for Sept. 27 at 11:37 a.m. EDT (1537 GMT). NASA would have a 70-minute window in which to launch the mission.

There is the potential for a backup launch date on Oct. 2, but that also depends on securing the waiver from the Space Force and the health of the Artemis 1 launch system, Sarafin said.