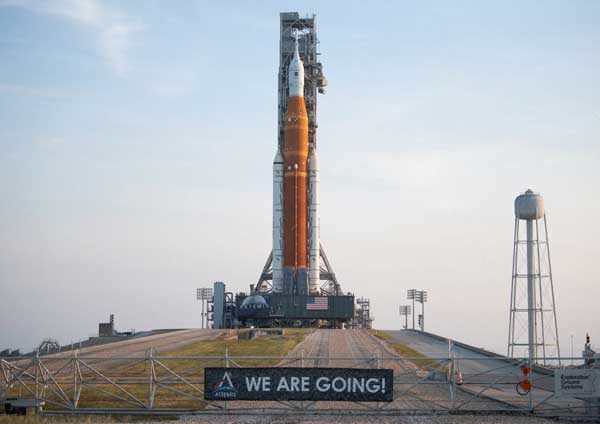 The demonstration test will allow teams to confirm the repair to a hydrogen leak seen during an early September Artemis I launch attempt, evaluate updated propellant loading procedures, and conduct additional evaluations. The demonstration will conclude when the objectives for the test have been met.

The agency also will host a media teleconference to preview the test at 11:30 a.m. Monday, Sept. 19. Participants include:

Audio of the media call will stream live on the agency’s website at:

Artemis I is an uncrewed flight test. It is the first in a series of increasingly complex missions to provide a foundation for human exploration in deep space and demonstrate our commitment and capability to extend human existence to the Moon and beyond.

Through Artemis missions, NASA will land the first woman and the first person of color on the Moon, paving the way for a long-term lunar presence and serving as a steppingstone to send astronauts to Mars.

For updates, follow along on NASA’s Artemis blog at: