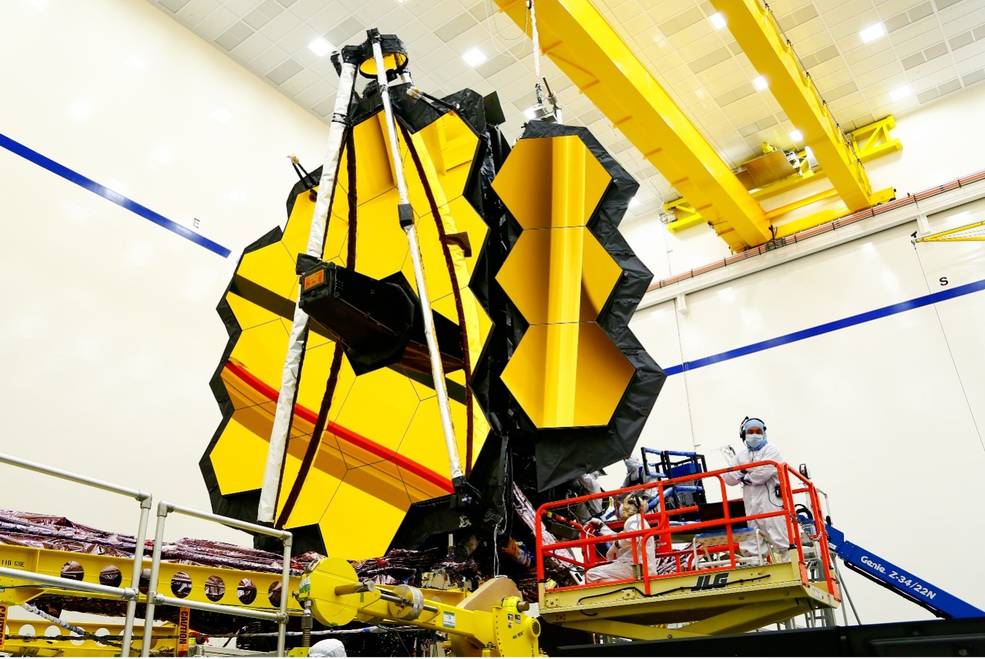 As the final step in the observatory’s major deployments, the Webb team plans to unfold the second of two primary mirror wings. When this step is complete, Webb will have finished its unprecedented process of unfolding in space to prepare for science operations.

To join the briefing, media must RSVP no later than two hours before the start of the call to Laura Betz at: laura.e.betz@nasa.gov. NASA’s media accreditation policy for virtual activities is available online.

Webb, an international partnership with the ESA (European Space Agency) and the Canadian Space Agency, launched Dec. 25 from Europe’s Spaceport in Kourou, French Guiana. Webb is now in the process of unfolding into its final configuration in space, a human-controlled process that provides the team with the flexibility to pause and adjust as needed.

As a result of this process, the timing of these milestones may change. NASA provides regular updates on the Webb telescope blog. The public can also follow Webb’s deployments online via a “Where is Webb?” interactive tracker and a Deployments Explorer webpage.

Once fully operational, Webb will explore every phase of cosmic history – from within the solar system to the most distant observable galaxies in the early universe, and everything in between. Webb will reveal new and unexpected discoveries and help humanity understand the origins of the universe and our place in it.