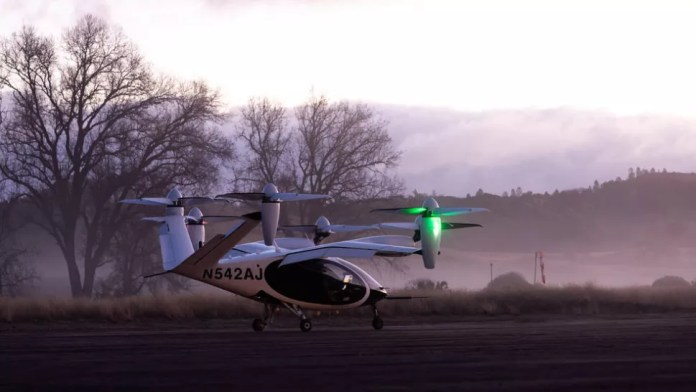 NASA has started testing a future air taxi that might soon be flying cargo and passengers in busy cities, helping to ease annoying traffic jams.

The all-electric vertical takeoff and landing (eVTOL) aircraft, designed by California startup Joby Aviation, is a helicopter powered by six rotors. It was designed to be as quiet as possible in order to fit into busy city life without disturbing residents.

During the two-week test campaign, which is part of the space agency’s Advanced Air Mobility (AAM) National Campaign, NASA and Joby Aviation will fly the aircraft at Joby’s Electric Flight Base  near Big Sur, California. NASA engineers will focus especially on measuring the noise produced by the helicopter in order to gather data that would help lay a foundation for a future regulatory framework governing the use of such vehicles in cities.

“NASA’s AAM National Campaign is critical to driving scientific understanding and public acceptance of eVTOL aircraft,” Joby Aviation founder and CEO Joe Ben Bevirt said in a statement released by NASA. “We’re incredibly proud to have worked closely with NASA on electric flight over the past 10 years and to be the first eVTOL company to fly as part of the campaign.”

NASA engineers will use the Mobile Acoustics Facility, consisting of over 50 pressure ground-plate microphones arranged in a grid array, that will precisely measure sound emissions during different phases of the helicopter’s flight. The teams will then use the data to compare the noisiness of Joby’s eVTOL with conventional helicopters, drones and other aircraft to gauge how it would add to the background noise in urban areas.

“From day one, we prioritized building an aircraft that not only has an extremely low noise profile, but blends seamlessly into the natural environment,” Bevirt said in a statement released by Joby. “We have always believed that a minimal acoustic footprint is key to making aviation a convenient part of everyday movement without compromising quality of life, and we’re excited to fly with NASA, our longtime partners in electric flight, to demonstrate the acoustic profile of our aircraft.”

The blades of the aircraft’s six rotors were carefully designed to minimize noise. The rotors can individually adjust their tilt, rotation speed and blade pitch during take-off and cruise to reduce the blade vortex that generates the typical sound associated with traditional helicopters.

“The National Campaign Developmental Testing is an important strategic step in NASA’s goals to accelerate the AAM industry timeline,” Davis Hackenberg, NASA AAM mission integration manager said in the NASA statement. “These testing scenarios will help inform gaps in current standards to benefit the industry’s progress of integrating AAM vehicles into the airspace.”

Joby’s all-electric helicopter can cover a distance of up to 150 miles (240 kilometers) in one go, according to the Joby statement, and reach a speed of up to 200 mph (320 kph). The company, which was recently listed on the New York stock exchange, has been testing its full-scale prototypes since 2017 and has performed more than 1,000 test flights. Joby hopes to receive a certification from the U.S. Federal Aviation Administration in 2023 and start providing commercial passenger service by early 2024, the company said in the statement.

Joby’s aircraft is the first to be tested as part of NASA’s campaign, marking an important milestone toward a possible future that sees air taxis safely zoom through busy cities, fully integrated into the national airspace.