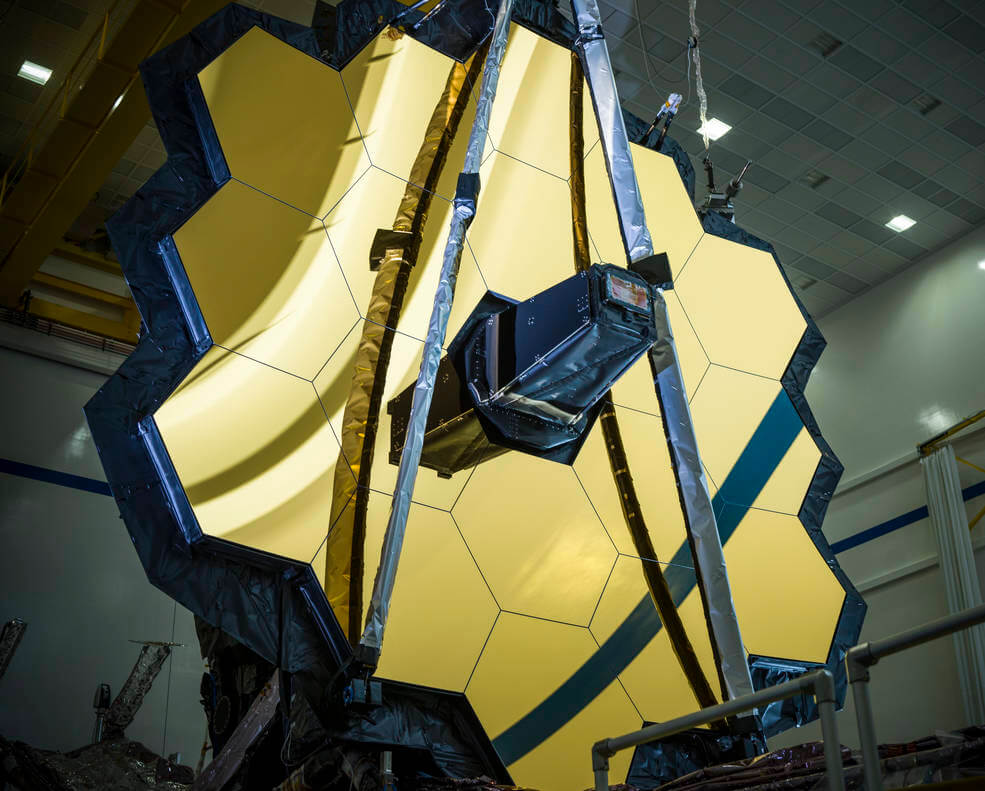 Editor’s Note: This advisory was updated Dec. 20 to reflect that the Dec. 21 prelaunch media briefing will take place as a teleconference, and to update the list of participants.

NASA will provide coverage of prelaunch, launch, and postlaunch activities for the James Webb Space Telescope, the world’s largest and most powerful space science telescope.

Webb is targeted to launch at 7:20 a.m. EST Saturday, Dec. 25, on an ESA-provided Ariane 5 rocket from Europe’s Spaceport in Kourou, French Guiana, on the northeastern coast of South America.

Live launch coverage in English will begin at 6 a.m. on NASA TV, the NASA app, and the agency’s website. The public can also watch live on Facebook, Twitter, YouTube, Twitch, and Daily Motion. NASA also will offer a launch broadcast in Spanish beginning at 6:30 a.m. on the agency’s Spanish-language social media accounts and online. NASA will hold a prelaunch briefing at 2 p.m. on Tuesday, Dec. 21, and a postlaunch news conference approximately 30 minutes after the live launch broadcast ends on Saturday, Dec. 25.

The Webb mission, an international partnership with the European Space Agency (ESA) and Canadian Space Agency, will explore every phase of cosmic history – from within the solar system to the most distant observable galaxies in the early universe, and everything in between. Webb will reveal new and unexpected discoveries and help humanity understand the origins of the universe and our place in it.

Full mission coverage is as follows. All times are Eastern, and information is subject to change.

At 2 p.m. Tuesday, Dec. 21, NASA will hold a prelaunch media teleconference with the following participants:

To participate by telephone in either briefing, media must RSVP no later than two hours before the start of the briefing, to Laura Betz at: laura.e.betz@nasa.gov. Media and members of the public may also ask questions on social media using #UnfoldtheUniverse.

On launch day, a “clean feed” of the launch without commentary will be available by satellite feed. The uplink will begin at 7 a.m. and continue for an hour after launch. The clean feed will also be available on the Washington AVOC.

Launch coverage audio will be available via this satellite feed as well, with audio channels for English-, French-, and Spanish-language launch commentary, as well as “mission audio” without commentary.

Hosted by Begoña Vila, Webb instrument systems engineer, NASA’s broadcast of the launch in Spanish will include interviews with Hispanic members of the mission and live commentary from Kourou by Vila and ESA engineer Julio Monreal.

News media and educational institutions interested in sharing the stream of the show can contact María José Viñas at: maria-jose.vinasgarcia@nasa.gov.

Members of the media seeking interviews about Webb’s launch should fill out this media interview request form.

Members of the public can register to attend launch virtually. NASA’s virtual guest program for the mission includes curated launch resources, notifications about related opportunities or changes, and a stamp for the NASA virtual guest passport following a successful launch.

As NASA prepares for Webb to #UnfoldTheUniverse, the agency invites the public to join the James Webb Space Telescope social event on Facebook. Participants will be joined by NASA, ESA, the Canadian Space Agency, and the Space Telescope Science Institute. Stay up to date on the latest mission activities, interact with Webb experts in real-time, and watch the live launch broadcast with an interactive chat.