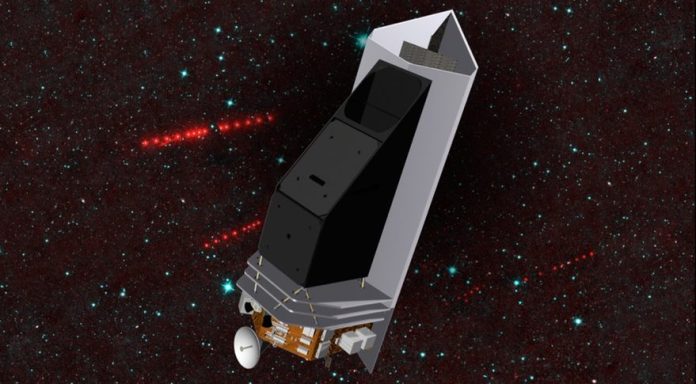 “Each night, astronomers across the globe diligently use ground-based optical telescopes to discover new NEOs, characterize their shape and size, and confirm they do not pose a threat to us,” Kelly Fast, manager of NASA’s NEO Observations Program, said in an agency statement about the KDP-B review. “Those telescopes are only able to look for NEOs in the night sky. NEO Surveyor would allow observations to continue day and night, specifically targeting regions where NEOs that could pose a hazard might be found.”

NEO Surveyor is a version of a concept called NEOCam that competed in NASA’s Discovery program of planetary science missions. NEOCam was a finalist in the Discovery competition that concluded in early 2017 and, while not selected for development, did receive funding for additional studies.

In 2019, NASA decided to pursue development of NEO Surveyor as a directed mission, rather than one that would compete for Discovery program funding. The agency’s rationale was that the concept was driven not by a specific set of science goals but instead to meet a mandate established by Congress in a 2005 NASA authorization bill to discover 90% of the NEOs at least 140 meters across.

“This is the best position we’ve ever been in for launch,” said Lindley Johnson, program executive of NASA’s Planetary Defense Coordination Office, during a June 7 meeting of NASA’s Small Bodies Assessment Group. “I think things are looking very good for NEO Surveyor.”

That budget request projected spending $811.2 million on NEO Surveyor in fiscal years 2022 through 2026. That supports a schedule that would see NEO Surveyor launched in the first half of 2026.

“The president’s budget request for FY22 has provided the planetary defense program with sufficient funding across that window of five years that would enable a NEO Surveyor launch in 2026, if that budget profile is enacted,” he said at the meeting.

The profile in the budget, he added, had “some differences” form the project’s own plan, which he did not elaborate on in the meeting but said should not be a problem. “We were ecstatic to see that be part of the president’s budget for FY22.”