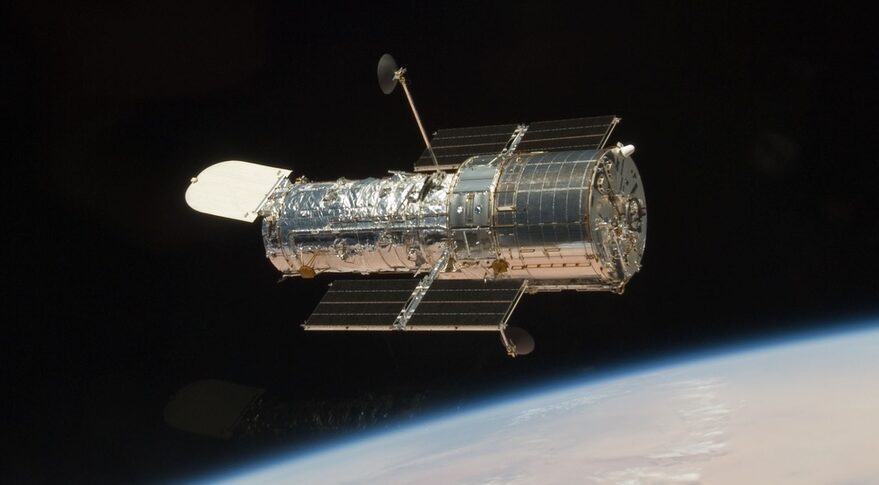 KIHEI, Hawaii — NASA and SpaceX announced Sept. 29 they will study a concept to send a Crew Dragon spacecraft to reboost, and possibly service, the Hubble Space Telescope to extend its life.

In a briefing called on several hours’ notice, NASA and SpaceX officials, along with billionaire private astronaut Jared Isaacman, announced an unfunded Space Act Agreement to explore the possibility of at least reboosting Hubble’s orbit using a Crew Dragon spacecraft. The agreement came after SpaceX approached NASA about the concept.

“We want to know what the possibilities are,” said Thomas Zurbuchen, NASA associate administrator for science, at the briefing. “Commercial partnerships, we have learned, have opened the door to new and exciting opportunities for NASA science and tech exploration by offering new ideas and innovative ways to support them.”

The baseline concept would involve a Crew Dragon spacecraft docking with Hubble, possibly using a capture mechanism installed on the last shuttle servicing mission in 2009, and raising its orbit. That orbit has gradually decayed from atmospheric drag and is currently at about 535 kilometers, said Patrick Crouse, Hubble Space Telescope project manager at NASA’s Goddard Space Flight Center. Continued decay creates a 50% probability that Hubble will reenter by 2037.

Hubble remains in good operating condition, and NASA expects the spacecraft to continue to operate through the end of the decade and perhaps into early next decade. However, both NASA and SpaceX said they would at least consider the ability to do some kind of servicing to the telescope during such a mission.

“We wouldn’t anticipate being at the level of complexity of some of the servicing missions that were accomplished with the shuttle and NASA astronaut crews from the past,” said Crouse, “but we’re excited to look at what opportunities are available with our commercial partners.”

The study will take about six months, said Jessica Jensen, vice president of customer operations and integration at SpaceX. “Part of it is going to be figuring out the cost and figuring out a little bit of the schedule, what it’s going to take to make this happen and make it happen safely,” she said.

The primary focus of the study will be the technical aspects of a reboost or servicing mission, she said. “Everything is on the table,” she added, including whether the mission would require astronauts.

If NASA and SpaceX do go forward with a mission, it could be part of the Polaris Program, an initiative that SpaceX and Isaacman announced early this year for a series of crewed flights on Crew Dragon and, later, Starship, to test human spaceflight capabilities. Isaacman, who led the private Inspiration4 Crew Dragon mission a year ago, will command the first Polaris mission, Polaris Dawn, now scheduled for the first quarter of 2023. That flight would include the first spacewalk from a Crew Dragon spacecraft.

Isaacman suggested at the briefing that a Hubble reboost or servicing mission could be the second Polaris mission. “We’d be taking advantage of everything that’s being developed within the commercial space industry to potentially execute on a mission, should the study warrant it, with little or no potential cost to the government,” he said.

While SpaceX has extensive experience with flying Dragon missions to the International Space Station, it has yet to attempt any kind of satellite reboost or servicing. At the same time, several companies are developing, or have already demonstrated, robotic in-space servicing technologies. One example is Northrop Grumman’s Mission Extension Vehicle, two of which are docked to Intelsat communications satellites in geostationary orbit to extend their lives.

“We at NASA will look at any or all options that are in the interest of the taxpayer,” Zurbuchen said when asked how NASA would consider those other satellite servicing options. In a statement, NASA said that “other companies may propose similar studies with different rockets or spacecraft as their model.”

One industry source, speaking on background, said NASA should take a more formal approach for studying any servicing options than the current agreement with SpaceX. That would start with a request for information seeking input from companies on how they could reboost or service Hubble.

NASA officials defended the current study. “When people come in with ideas for things that would help us,” said Kathy Lueders, NASA associate administrator for space operations, “it’s not an unusual thing to go do feasibility studies.”

“We’re working on crazy ideas all the time,” added Zurbuchen. “That’s what we’re supposed to do. I hope you agree. We’re always supposed to push the envelope.”