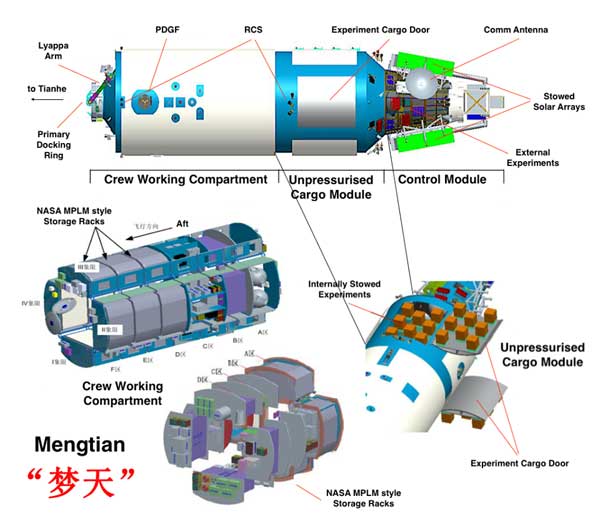 The 23-metric ton core stage of a Chinese Long March 5B rocket made a fiery Earth’s atmosphere over the Sulu Sea near the western Philippines on Saturday, creating a spectacular display that was witnessed by people across the region. There were no immediate reports of property damage or injuries from pieces that didn’t burn up in the atmosphere.

Reentry of the spent rocket ended nearly a week of speculation about where it would come crashing down. The stage was used to launch the Wentian science module to China’s space station from the Wenchang Satellite Launch Site on July 24.

While most rockets jettison their first stages to burn up in the atmosphere (or, in SpaceX’s case, return them to Earth for reuse), the Long March 5B’s core stage enters a very low orbit. The spent booster then circles the planet with its orbit gradually decaying until it makes an uncontrolled reentry at some random time and place. China apparently lacks the capability to deorbit the stage over a remote section of ocean.

Although 70 percent of Earth is covered by water, there is the possibility of debris raining down over a populated area. So, whenever China launches a Long March 5B — this was the third flight in two years — it raises a fair amount of concern around the world.

NASA Administrator Bill Nelson was one of those concerned. He released a statement on Saturday criticizing China for a lack of transparency.

“The People’s Republic of China (PRC) did not share specific trajectory information as their Long March 5B rocket fell back to Earth.

“All spacefaring nations should follow established best practices, and do their part to share this type of information in advance to allow reliable predictions of potential debris impact risk, especially for heavy-lift vehicles, like the Long March 5B, which carry a significant risk of loss of life and property. Doing so is critical to the responsible use of space and to ensure the safety of people here on Earth.”

So far, the world appears to have dodged a bullet, with no known injuries or property damage from the three Long March 5B launches. But, there’s no guarantee for the future.

China plans to use a Long March 5B to launch the Mengtian module to its space station in October. It will also use the booster to launch Xuntian space telescope in December 2023. The large telescope will orbit near the Chinese space station, where taikonauts will be able to periodically service it.