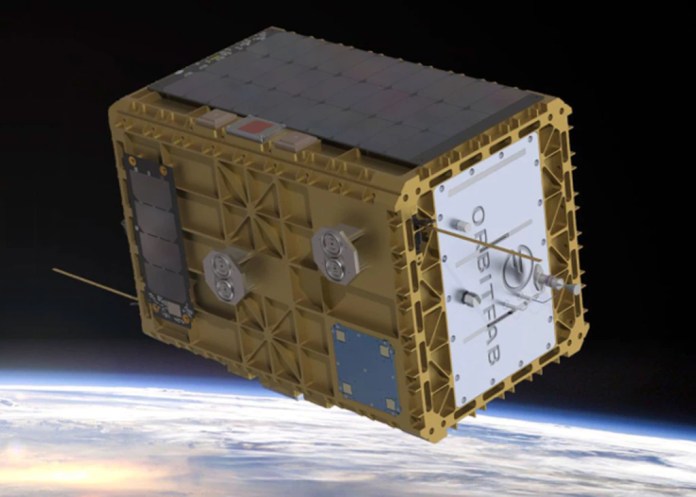 WASHINGTON — Defense industry giants Lockheed Martin and Northrop Grumman are investing in Orbit Fab, a San Francisco-based startup that wants to build gas stations in space that can refuel satellites and prolong their lifespan, the companies announced Monday.

Orbit Fab hopes to build a range of tankers and fuel shuttles in low earth orbit, geosynchronous orbit, and cislunar space that can connect with aging satellites and distribute fuel. If successful, Orbit Fab’s technologies would enable customers to operate satellites for a longer period and defer the cost of having to launch a new vehicle into space.

Orbit Fab brought in more than $10 million total during its latest funding round from vendors including Lockheed and Northrop, bringing total funding for the company to $17 million.

“Northrop Grumman and Lockheed Martin both see clear value in on-orbit refueling to create a bustling in-space economy,” said Jeremy Schiel, a co-founder of Orbit Fab. “It’s great to see two aerospace and­ defense leaders embracing this technology. Their investment will help drive the adoption of our on-orbit refueling services and allow us to support the growing satellite servicing industry.”

So far, Orbit Fab has developed several products meant to kickstart the business of refueling vehicles in space. In June, its first on-orbit fuel depot was launched into sun-synchronous orbit. Called Tenzing, the vehicle is filled with high-test peroxide.

The company has also developed the Rapidly Attachable Fluid Transfer Interface (RAFTI), a fueling port that can connect two satellites.

“With technology moving so rapidly and creating new market entrants, we’re embracing opportunities to partner with emerging technology companies like Orbit Fab to accelerate innovation in new capabilities for our customers,” David Jacobs, Northrop’s vice president of corporate strategy, said in a statement.

During an August interview with Defense News, Moran pointed to emerging space technologies as a continued area of interest for Lockheed Martin and signaled that the company’s venture arm would pursue new investments in space startups.

Lockheed Martin Ventures has made numerous investments in space technologies in the past, including to makers of medium and small launch vehicles such as Rocket Labs and ABL Space Systems in 2019.

Moran said Lockheed has already seen a benefit from those investments. Earlier this year, the company announced it had awarded a contract to ABL to perform the first-ever vertical small satellite launch in the United Kingdom, conducted in support of the U.K. Space Agency’s commercial spaceflight program.

Lockheed has also put money toward small satellite providers like Terran Orbital, which has created satellite buses for Lockheed’s LM 50 series of smallsats. In January 2020, Lockheed announced that it had created an experimental mesh networking payload called Pony Express, which was hosted on a Tyvak-0129 spacecraft, for which Terran Orbital is the parent company.

That demonstration helped to validate technologies that led to Lockheed winning a $188 million contract from the Space Development Agency later that year, Moran said.

“This is the beauty of the venture space,” he said. “What would have been a paper claim in a [request for proposals] was turned into a real world [demonstration]: ‘Hey, there’s real data. We floated this thing up in space and it’s performing as we thought, and this is what we’re offering you in this larger program, and we can tell you it works. It’s not just speculative.’”

Northrop has also shown interest in satellite servicing technologies that can repair or refuel existing vehicles. In April, its Mission Extension Vehicle-2 successfully docked with an operational Intelsat commercial communications satellite to provide life-extension services for the next five years. 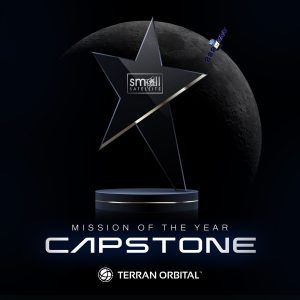