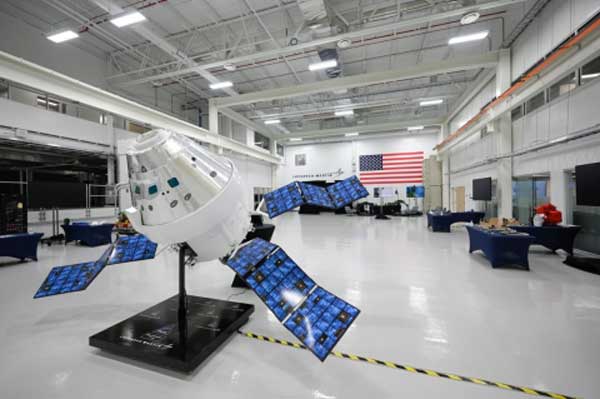 Lockheed Martin currently assembles the Orion spacecraft for the Artemis I and II Moon missions at the nearby Neil Armstrong Operations and Checkout (O&C) building at NASA’s Kennedy Space Center. The addition of the STAR Center provides much-needed space for the new production phase of Orion, allowing future Orion spacecraft – starting with the Artemis III mission – to be built faster.

“The STAR Center is a spacecraft factory of the future and is the centerpiece of our commitment to build sustainable and affordable capabilities for NASA to send astronauts to explore the Moon and eventually Mars,” said Lisa Callahan, Commercial Civil Space vice president and general manager at Lockheed Martin Space. “We are using advanced manufacturing capabilities and digital-first technologies to speed production and improve quality to get Orion from factory to space faster than ever before.”

Lockheed Martin acquired the building that formerly housed the Astronaut Training Experience attraction and spent 18 months and nearly $20 million renovating and modernizing the 55,000 square-foot space into a digitally-transformed factory of the future.

The STAR Center showcases Lockheed Martin’s ability to implement the latest digital transformation technologies, along with the company’s existing production expertise, to scale Orion production and deliver spacecraft faster than ever before.

Those include integrating the STAR Center into Lockheed Martin’s Intelligent Factory Framework (IFF),an edge computing platform that secures, scales and standardizes device connectivity through various IT platforms. This digital-first approach streamlines production and maximizes agility by connecting devices virtually. Lockheed Martin has already deployed IFF to seven locations and is scaling across the entire company.

In addition, more than 30 machines at the STAR center will be connected to this IFF, as well as machines at NASA’s O&C, giving all production team members at both facilities real-time access to valuable data. The center also employs remote access, monitoring and alerting technologies for equipment, plus smart tools such as virtual reality and augmented reality.

Under Lockheed Martin’s production contract with NASA, the agency has committed to order Orion vehicles for six missions, with the potential to add another six through 2030.

Elements of the spacecraft that take large amounts of floor space and that are built and tested outside the normal spacecraft assembly flow will be moved to the STAR Center. This gives production teams more room at the O&C facility to assemble and test more Orion spacecraft simultaneously and quicker.

Headquartered in Bethesda, Maryland, Lockheed Martin Corporation is a global security and aerospace company that employs approximately 114,000 people worldwide and is principally engaged in the research, design, development, manufacture, integration and sustainment of advanced technology systems, products and services.