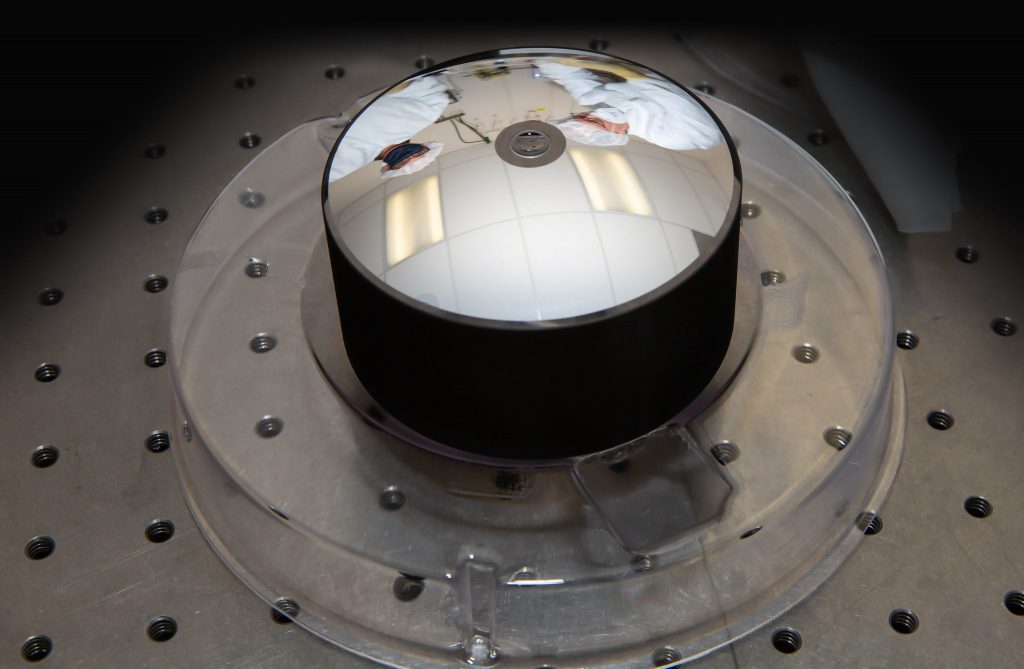 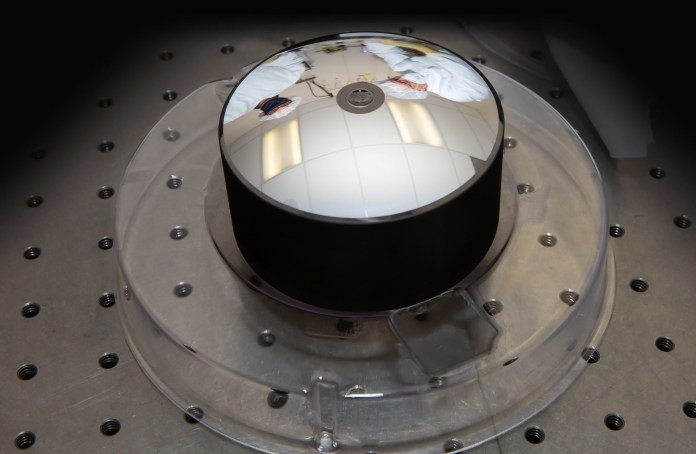 “I’m excited about this technology transitioning from LLNL to space demonstration and eventual commercial use,” said Alex Pertica, the deputy program leader for LLNL’s Space Science and Security Program (SSSP).

Tyvak will provide the spacecraft and payload, consisting of the MonoTele, sensor, and electronics, ensuring survivability in a demanding vibration environment during launch and wideranging temperatures on-orbit.

LLNL will then apply its knowledge of novel optical payloads to develop, test, and process data gathered from the sensors.

“We are delighted to have formalized this collaborative effort with LLNL to demonstrate and commercialize advanced optical imaging technology,” said Anthony Previte, Tyvak’s CEO. “Together we will enable end users to achieve their mission goals in many space-based markets.”

Developed by LLNL over the past eight years, the MonoTele space telescopes range in size from one inch (called the mini-monolith) to 14 inches.

“Several telescopes with the MonoTele technology have flown in space. They’ve performed very well,” Pertica said, adding that the one-inch, mini-monolith version is now flying aboard Tyvak0129. The technology’s first space mission was the GEOstare satellite, which launched in January 2018.

Typically, space telescopes have two optical mirrors – a larger primary mirror and a smaller secondary mirror – that face each other. If the mirrors go out of alignment, the image becomes fuzzy.

To solve this problem, LLNL optical scientist Brian Bauman came up with the idea of the MonoTele – replacing the two mirrors and metering structure with one solid piece of glass, with optical shapes and reflective coatings at both ends of the glass.

The MonoTele concept was inspired by the design of the mirrors used for the Large Synoptic Survey Telescope that is under construction in Chile, due to come online in 2023 and expected to image some 20 billion galaxies.

Under this CRADA, LLNL and Tyvak expect to develop additional MonoTele-type telescopes capable of operating in other wavelength bands, such as ultraviolet and short-wave infrared, and as a spectrometer instrument.

The telescopes, which would be demonstrated in space, also would feature compact and lowpower focus mechanisms for missions requiring agile optics technology.

The MonoTele nanosatellite imaging payloads can be used across multiple applications and will serve Earth observation, space situational awareness, and satellite navigation initiatives.

“Partnering under a CRADA with outside industry was the natural next step for commercializing the technology,” said David Dawes. We look forward to working with Tyvak.”

“The CRADA gives Tyvak the option to license LLNL intellectual property (IP) or joint IP developed under this collaboration, in addition to any of the Lab’s existing background IP required to practice the subject inventions,” Dawes added.