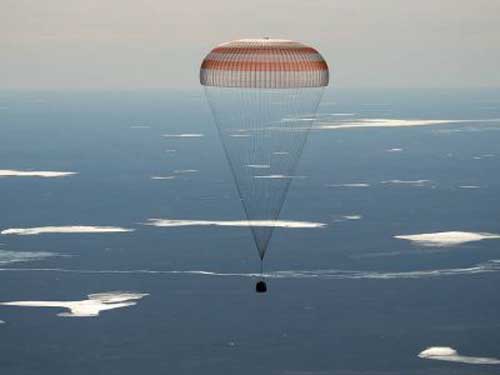 From documenting everyday tasks such as brushing his teeth in space to sharing more personal reflections like the emotional moments of reading a favorite comic about space while in space, Mr. Maezawa continuously shared his experiences with his fans via his YouTube channel. As part of this mission, Mr. Maezawa crowdsourced ideas for things to do in space prior to his launch as part of his ‘100 Things You Want MZ To Do in Space’ campaign.

Mr. Maezawa will continue his ambition to spread awareness and interest in space travel to the public by acting as the host of the ‘dearMoon’ mission – a circumlunar flight onboard SpaceX’s Starship spacecraft currently scheduled to launch in 2023 – along with eight other passengers he invited.

Eric Anderson, CEO of Space Adventures, said, “The completion of MZ’s spaceflight marks not only a milestone for him and Space Adventures but for the commercial spaceflight industry as a whole and humanity’s future in space. MZ’s mission comes at the tail end of a year that saw an incredible boom in space tourism and is set to usher in another wave of exploration.”

Space Adventures has been cooperating with Roscosmos since the world’s first space tourist flight in 2001. The successful completion of Mr. Maezawa and Mr. Hirano’s mission makes them the eighth and ninth private astronauts to have visited the space station with Space Adventures and the private first spaceflight participants from Japan.

Yusaku Maezawa, CEO of Start Today, Ltd., is a Japanese e-commerce entrepreneur and world-renowned art collector. He founded ZOZO, Ltd., a publicly traded online retail clothing business, which he sold to Yahoo! Japan in 2019. Along with the Soyuz MS-20 mission to the ISS, he also plans to participate in a circumlunar mission onboard SpaceX’s Starship spacecraft currently scheduled to launch in 2023.

Yozo Hirano joined ZOZO, Ltd. after graduating from university where he became the casting director of the photography team. Currently, he is working at SPACETODAY as a film producer. On the ISS, Mr. Hirano was responsible for documenting Mr. Maezawa’s mission.