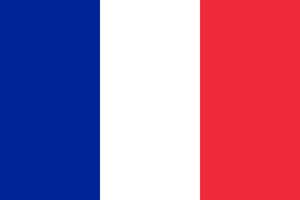 OME November 26, 2021 (Italian Space Agency PR) — The Prime Minister, Mario Draghi, and the President of the French Republic, Emmanuel Macron, signed the “Treaty for Enhanced Bilateral Cooperation” at the Quirinale, in the presence of the President of the Republic, Sergio Mattarella, and of the Italian and French delegations.

The agreement known as the Quirinal Treaty also gives specific attention to space cooperation between Italy and France, as stated in article 7. [see below]

On the sidelines of the bilateral agreement, an Italian-French Agreement on launchers was also signed. Vittorio Colao, Minister for Technology Innovation and Digital Transition, and Bruno Le Maire, Minister of the Economy, Finance and the Recovery, agreed on the conclusions of the high level group on space matters they initiated last September.

The ministers acknowledge that the space sector is key for European competitiveness and constitutes a prerequisite for the strategic capabilities of both States. Europe’s autonomous access to space must be preserved and reinforced.

The Italian-French agreement on launchers signed today by the Ministers concludes three months of intense negotiation. It consolidates the cooperation between Italy and France on launchers, built on the future launchers Ariane 6 and Vega C, in order for Europe to fully play its role as leaders in a sector ongoing major evolutions.

This agreement lays the foundation for increased competitiveness of both liquid and solid propulsion thanks to industrial optimisations and strengthened cooperation agreed by the working groups. It also plans for additional technological developments that will enable to position Ariane on the emerging market of mega-constellations and acknowledges Italy’s ambition in Earth observation.