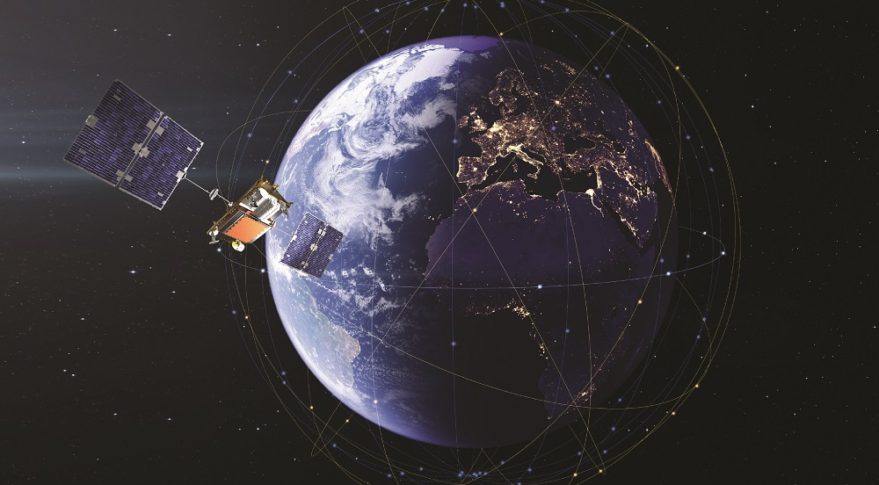 Similar to rival low Earth orbit (LEO) operator Globalstar’s plan to bring basic SOS connectivity to the iPhone 14 next month, Desch said its incoming service is designed for casual use.

There will be little overlap with Iridium’s existing personal communications business, he said, which provides remote low-data rate voice and data services to specialized handsets for recreational, maritime, and other less casual users.

The operator entered into a development agreement in July with an unnamed company to enable its technology in smartphones.

Their agreement is contingent on a service provider deal that Iridium still expects to finalize before the end of 2022.

According to Apple, iPhone 14 users outside a cellular network in the United States and Canada will be able to give emergency responders information by selecting from a series of short text messages.

“Obviously, if you make a connection to a smartphone, you can do a lot more than just push an emergency button,” Desch said during Iridium’s Oct. 20 financial results call for the three months to the end of September.

“I won’t go into exactly how and what more you can do, but our network is very efficient at sending information back and forth. So lots could be done.”

Apple is financing the majority of new Globalstar satellites to support its direct-to-smartphone plans.

Unlike Globalstar and most other companies that have announced plans to enter this market, Desch said Iridium would not need to invest in a new constellation.

“[W]e think we have plenty of capacity to support the services that we’re expecting using our existing network, and existing spectrum,” he said.

Like Globalstar, Iridium also already has global permission to use spectrum to connect satellites with devices on the ground, including smartphones.

Companies such as SpaceX, meanwhile, must secure regulatory approvals for the frequencies they need to connect to smartphones directly.

SpaceX plans to upgrade its Starlink broadband constellation to provide direct-to-smartphone connectivity starting in the U.S. next year in partnership with T-Mobile.

Iridium’s long-term goal is to connect other types of consumer devices directly to satellites, according to Desch, including potentially tablets and watches.

The company also has long-term plans to potentially integrate its technology into cars, “not for everyday use, but as a complement to other technologies that are going into those vehicles.”

However, he is skeptical about forecasts suggesting direct-to-smartphone could become a market measured in the tens of billions of dollars.

“That’s really implying a high speed, seamless, works-in-your-pocket-anywhere-on-the-planet kind of activity,” he said, which is many years away — “if ever,” because of the investment, technical, and regulatory work that would be needed.

Iridium’s commercial voice and data revenue increased 10% to around $50 million for the three months to the end of September, compared with the corresponding period last year.

The increase helped total revenue to climb 14% to just over $184 million as the company continued to add more subscribers to its business.

Iridium reported an 8% increase in operational earnings before interest, taxes, depreciation, and amortization (EBITDA) to nearly $108 million, a record for the operator.

The strong growth prompted the company to revise its full-year outlook. It now expects full-year EBITDA to be $420 million, at the high end of earlier projections, and to achieve an 8-9% growth in revenue.

Californian startup eSAT Global says it also does not need new spectrum licenses or satellites to break into the direct-to-smartphone market.

The venture is developing a chip to enable phones to connect to satellites in geostationary orbit (GEO). The technology aims to draw from unused capacity on satellites operated by its partners Yahsat and Inmarsat, based in the United Arab Emirates and United Kingdom, respectively.

Yahsat announced an investment Oct. 11 in eSAT as the startup seeks to convince smartphone makers to modify chipsets for tapping into this satellite network.

The startup also plans to use the technology to connect low-power internet of things (IoT) devices directly to GEO satellites.

According to eSAT CEO Rick Somerton, the venture just needs to raise $4 million to launch commercial IoT services next year.

Its capital costs for providing a direct-to-smartphone service are “probably two orders of magnitude lower than any of the LEOs,” Somerton said Oct. 19 during the APSCC 2022 Satellite Conference and Exhibition in Seoul, South Korea.

He said services would begin with “two-second latency” from the outset, without the need for additional satellite launches, because they would leverage existing GEO infrastructure.

For existing, unmodified phones, eSAT is developing a small hub device that Somerton says would cost around $50 to enable satellite connectivity on multiple nearby handsets.

The network would have the capacity to serve a million devices simultaneously sending about 1.5 billion messages per day, according to Somerton.

“The capability will be well beyond just emergency messaging in the U.S. and Canada,” he added.

James Alderdice, vice president of Asia Pacific for Virginia-based Lynk Global, told the conference his startup has raised $27 million for a constellation of dedicated LEO satellites that would connect directly to unmodified phones.

Lynk deployed the first satellite for its operational network in April and expects SpaceX to launch three more before the end of this year to provide initial services.

Four satellites would enable users to send and receive text messages about four to eight times a day, depending on their latitude, and Alderdice said Lynk is closing in on a Series B round that would get it to an additional 100 satellites.

Lynk expects to have deployed 50 pizza-boxed shaped satellites by the end of 2023, which he said would close the service gap to between 30 and 45 minutes.

Meanwhile, Texas-based venture AST SpaceMobile is preparing to deploy a 64-square-meter antenna on a much larger satellite called BlueWalker-3.

This satellite will serve as a prototype for commercial spacecraft, which AST expects to start deploying late next year, for a higher bandwidth direct-to-smartphone service.