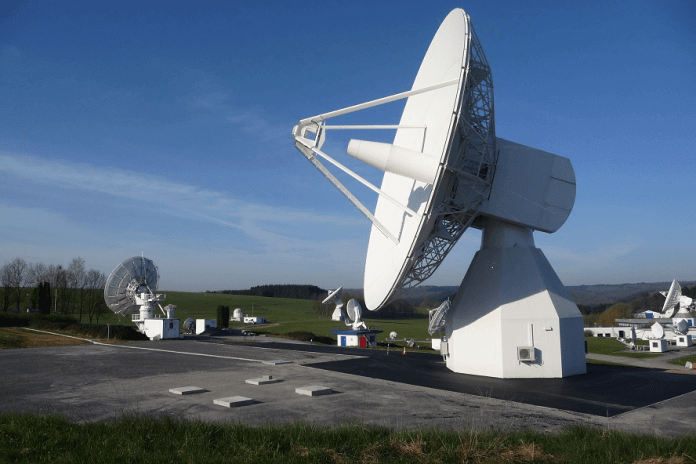 When Jason Held graduated with his Ph.D in Aerospace and Mechatronics from the University of Sydney in Australia, he knew he wanted to found a company in the space industry. He just wasn’t sure what that company would do, yet. In 2008, the space industry in Australia was virtually non-existent, and the chances of creating a viable company looked bleak. That didn’t stop the former US Army Major for USSTRATCOM (Space Command). With a foothold in both the U.S. and Australia, years of experience in space command and flight software led him to found Saber Astronautics.

“We did it entirely backwards from how you’re supposed to start a company,” Held says with a laugh. You’re supposed to say, ‘I have this grand idea and it’s going to solve world hunger and we’re going to build a company to solve that.’ My motivation was I’ve always wanted to do a space business and I didn’t really have any idea what I wanted to do it in. I went from the tech to the problem instead of from the problem to the tech.”

With his newly minted Ph.D. in mechatronics, Saber Astronautics started off with machine learning, which is what he spent most of his advanced degree studying. Quickly, Held ran across two problems. The first was how to diagnose the health of satellites? The company began to focus on this issue and was the first to solve the space flight diagnostic problem with machine learning.

The other half of the problem, though, is how to make space operations easy to use and give companies a user friendly way to visualize all the diagnostics. As Held dug into the problem, he wanted to create software that was visually appealing to every user, or as the mission of Saber Astronautics states, “to reduce the barriers to entry to space by making spaceflight so easy your kids can use it.”

Held’s solution to this was a creative one. He hired gaming engineers to work alongside space engineers and software engineers. “There is a very fascinating history between the early days of video games and the early days of space flight,” Held says. “The people who invented the very first video games were originally missile defense people that were playing around trying to visualize the incoming missiles.” Held used that original relationship between engineers and gaming to create a program that turned into Saber Astronautics’ mission control software.”

Of course, getting from a space start-up to mission control software wasn’t easy. The first few years, the company focused on their machine learning capabilities to win contracts while simultaneously conducting research and development. “This is a total bootstrapper story because we didn’t get any investment,” Held admits. “U.S. investors were nervous about putting money into a company with a founder on another continent. Australian investors didn’t really understand what the company was. Space just wasn’t really an industry.” He worked 14 hour days working with Saber, adjunct teaching and teaching fencing lessons as well. Saber Astronautics owes its name to Held’s fondness for fencing.

By 2012, Saber Astronautics was still hanging on and gaining recognition in both countries. The company won some small contracts and Held also started to encourage the growth of the new space market in Australia, hoping growth would eventually mean new customers for Saber’s software. It worked. Held soon found himself evaluating business plans for space start-ups at conferences. Investors began to follow.

“Australia is a country that produces 800 engineers a year. They are top ten in the world for space research, but dead last for commercialization. There’s a lot of opportunity. When Cubesat started to take off, Australians didn’t have a space agency. All this academic talent and nowhere to go.”

Saber Astronautics had given these graduates a new vision of what might be possible within Australia. By 2016, the Australian government noticed the rapid growth in the industry and recognized an opportunity as well. The time had come for Australia to create its own space agency. The government made the announcement in 2017. The Australian Space Agency was established on July 1, 2018. In the last several years, the country has seen an average of 90-110 new space start-ups each year.

“It’s a dream come true, literally,” Held says. “You decide to have a business to solve problems, the problems we decided to solve came a couple years later after some R&D and what came out of it was the opportunity to democratize space, meaning anyone from anywhere and any education level can be a part of the industry. The (Australian) space agency being founded around the opportunity to grow new space companies means we’re not just in a position to be the back of the scenes mover but really lead the story at a national level and be a definitive contributor.”

This idea of democratizing space is something Held has been thinking about since the start-up industry exploded in Australia.

“How do you democratize space? All these people who are absolutely brilliant who don’t get a chance to play? They build a spacecraft and then don’t have a way to fly it. We built the OSSO program to solve that. If you built a spacecraft and want to connect it to our ground station, you can do that.”

OSSO is the Open Source Space Operations project designed to give space creators, inventors, and start-ups complete control over their projects. It aims to hasten the gap between prototype development and actual space flight using the open sourcing of Saber’s operational infrastructure. All along, Saber’s mission has been to lower barriers into space, and the OSSO project is doing that.

Another way Saber is reaching across barriers into space is through The Quest for Blue. This contest begins October 1, 2020 and challenges participants to design a space mission to win cash prizes. Participants will have access to Saber’s PIGI software and training and templates to help plan their missions. At the end of the challenge, they will submit a two page business document with the mission summary and PIGI output. The best entrants receive cash and potential internships with contest sponsors. Held hopes the contest will help both participants and potential investors know how viable the mission proposals are.

In the Australian space race, Saber Astronautics is one of the old guard now with 12 years in the business, but the next three to five years promise to be exciting. As the control center comes online, the company is motivated to service every mission they can. “You are going to see some lunar missions out of us,” Held says. With Saber Astronautics’ innovative software and experience to back that up, missions to the moon and beyond seem certain.

Jason Held’s father called recently and made a comment to his son, now the founder of a successful and innovative company that fueled Australia’s entry into the space industry. Held’s father said, “All those years flipping quarters into the machines, I’m glad I didn’t stop you.”

Learn more about Saber Astronautics software and services at saberastro.com.