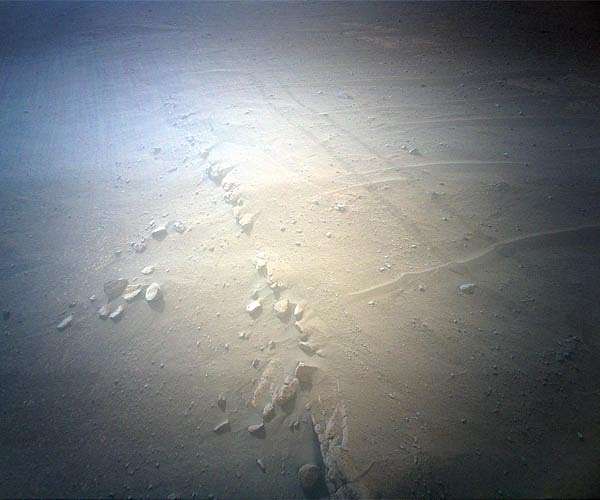 NASA’s Ingenuity Mars Helicopter has acquired new images using its high-resolution color camera. The camera, which is mounted in the helicopter’s fuselage, was pointed approximately 22 degrees below the horizon during the flight. The image shows the tracks of Perseverance running alongside a rocky outcrop.

The goal of the flight was to reposition the helicopter, and the image was captured at the local mean solar time of 16:52:06. These ongoing operations by the Ingenuity team continue to demonstrate the capabilities of the small, experimental helicopter on the Martian surface. The image captured during this flight can be further analyzed by scientists to gain new insight into the Martian surface and atmosphere.

The Ingenuity team continues to showcase the helicopter’s ability to capture high-resolution color images from a low-altitude flight. Ingenuity also paves the way for future missions that will use Ingenuity’s capabilities to explore the Martian surface over extended distances and varying altitudes.

Ingenuity Mars Helicopter is currently located on the surface of Mars. It landed on the planet on February 18, 2021 as a sub-payload attached to the Perseverance rover. It was first deployed on April 3, 2021. Since then, it has been conducting test flights in a designated airfield, also known as the “helipad,” which is located in an area called the “Wright Brothers Field” within Jezero Crater. The Perseverance Rover is in operation nearby and is used as a communication relay between the helicopter and NASA’s Mission Control. 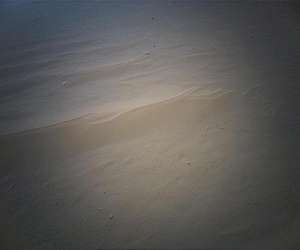 NASA’s Ingenuity Mars Helicopter has acquired a new image using its high-resolution color camera. The camera, which is mounted in the helicopter’s fuselage and pointed approximately 22 degrees below the horizon, was used during the 38th flight of Ingenuity on January 11, 2023 (Sol 667 of the Perseverance rover mission). During the flight, Ingenuity traveled a horizontal distance of 456 feet (139 meters) and reached an altitude of 33 feet (10 meters) while flying at a speed of 9 mph (4 m/s) … read more