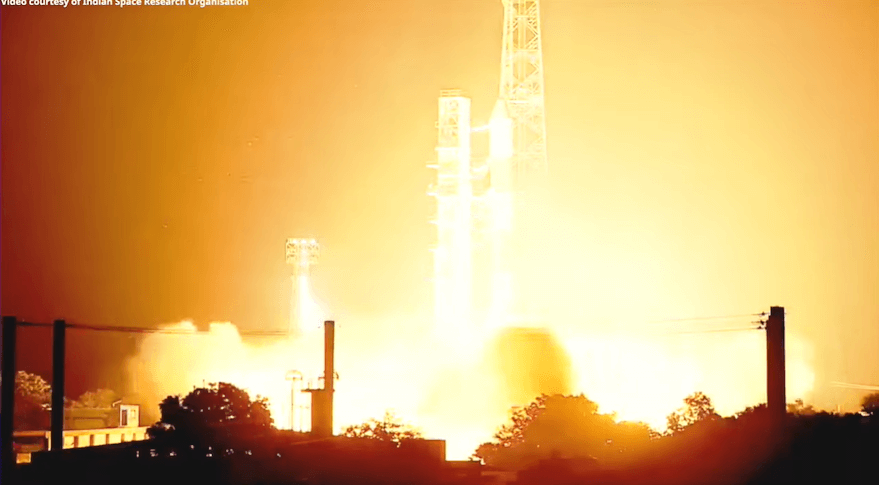 The PSLV-C52 rocket lifted off from Satish Dhawan Space Center 6:59 p.m. EST, said India’s space agency ISRO in a statement. The launch was live-streamed on YouTube, which showed the rocket blasting off with bright flame jetting from its first-stage booster and soaring into the dark sky. The agency said the three satellites had been deployed successfully into a sun-synchronous polar orbit of 529 kilometers after a flight of about 17 minutes and 34 seconds.

India’s Prime Minister Narendra Modi congratulated the successful launch. “Congratulations to our space scientists on the successful launch of PSLV-C52 mission. EOS-04 satellite will provide high-resolution images under all weather conditions for agriculture, forestry and plantations, soil moisture and hydrology as well as flood mapping,” he wrote on Twitter.

The EOS-04 Earth observation satellite, also called Radar Imaging Satellite (RISAT), was the primary payload of the launch. ISRO, its developer, said the 1,710-kilogram satellite was designed to provide “high-quality images under all weather conditions for applications such as agriculture, forestry and plantations, soil moisture and hydrology and flood mapping,”

Apart from EOS-04, two other satellites hitching a ride onboard the rocket were a technology demonstrator satellite, INSAT-2TD, and a student satellite, INSPIRESat-1. The former, developed by ISRO, has a thermal imaging camera that will help assess land, water surface temperatures, delineation of vegetation, and thermal inertia. Based on data collected by the spacecraft, ISRO will develop another earth observation satellite, named INS-2B, for Bhutan.

The latter was developed by the Indian Institute of Space Science & Technology in association with the Laboratory of Atmospheric & Space Physics at the University of Colorado. The satellite is set to explore the ionosphere dynamics and the sun’s coronal heating process.

This was the first launch of PSLV since the failure of the EOS-03 mission launched last year.