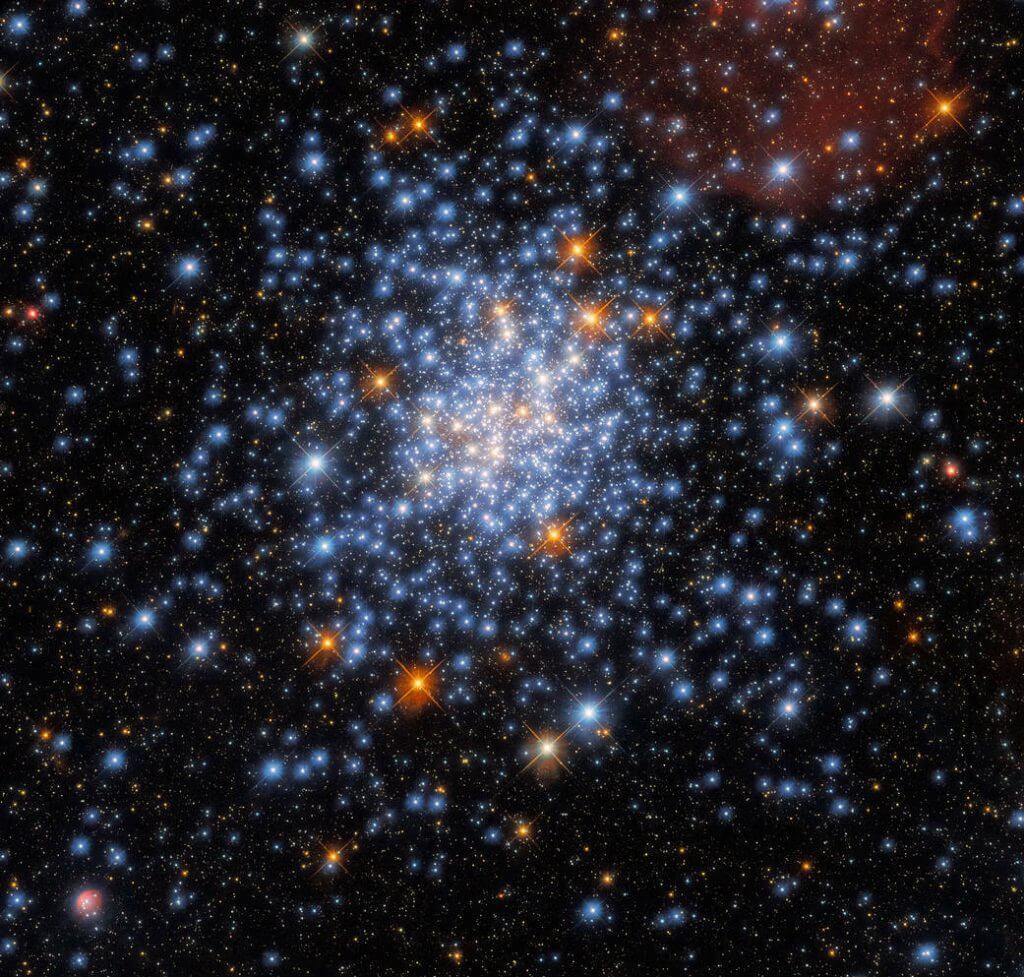 These aren’t actually fireworks you’re seeing, but they sure look the part.

As we head into Independence Day weekend in the United States, a new Hubble image drop from NASA and the European Space Agency (ESA) is here to kick off the festivities. While fireworks as we know them aren’t actually a thing in the vacuum of space, expansive star clusters like this one certainly look the part.

Say hello to star cluster NGC 330. This bright region of space sits about 180,000 light-years away from Earth, tucked inside a dwarf galaxy known as the Small Magellanic Cloud. It’s one of our own Milky Way galaxy’s closer neighbors, though it’s tiny by comparison, with only hundreds of millions of stars compared to our own roughly 100 billion.

This image, like most other Hubble imagery we see, is actually a composite that combines a scene snapped by the satellite’s Wide Field Camera 3 with “data from two very different astronomical investigations” that, respectively, looked at how stars inside of clusters evolve differently from non-cluster stars, and how large stars of any type can get before they explode in a supernova.

All the stars you see in this brilliant cluster are around the same age, which is a product of how star clusters are formed (and a reason why such celestial bodies are often a target for research). The lens flare-like patterns you see emanating from certain stars, however, isn’t a natural occurrence; rather, it’s a little gift from Hubble itself.

As NASA’s blog post notes: “The crisscross patterns surrounding the stars in this image, known as diffraction spikes, were created when starlight interacted with the four thin vanes supporting Hubble’s secondary mirror.”