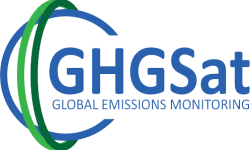 Nearly 30% of global oil and gas production takes place offshore. With a vantage point ~500km above the Earth, and high revisit rates, satellites could hold the key to verifying emissions from rigs, easily and cost-effectively. To find out, GHGSat is testing a technique developed by NASA, amongst others, and proven in fields such as ocean height and ice-thickness measurement.

GHGSat has been pioneering the use of high-resolution satellites to measure CH4 emissions since 2016. The company’s patented infrared sensor is able to identify the unique “signature” created by methane as it absorbs sunlight bouncing back off the surface of the Earth. As water absorbs sunlight when viewed directly from above, GHGSat will take measurements at more acute angles, positioning the spacecraft’s sensor so it focuses on the point where the sun’s light reflects most strongly off the sea – the “glint spot”. As the satellite is traveling at approximately 7.5 km per second, this requires precise choreography but means that 100 times more light can be sent to the gas detecting instrument – known as an interferometer – thereby enabling precise measurements to be made.

Following the successful demonstration of the capability, named “Glint Mode”, each of the industrial participants will have 6 of their offshore facilities observed at locations around the world such as the North Sea and the Gulf of Mexico. The initial feasibility assessment will begin later this year with satellite readings being checked against measurements taken on-board the platforms by hand-held devices and drones.

Stephane Germain, CEO of GHGSat: “This is a GHGSat research project but one driven by customer demand. Offshore producers are looking for ways to confirm their reported emissions. With this new research, we hope to show that space can provide the data they need, in a timely, reliable, and cost-effective way.

Measuring offshore emissions properly is important: we need to improve the accuracy of the global methane stock take, replacing estimates with precise data. As methane is 30 times more potent than C02 as a greenhouse gas, over 100 years, reducing CH4 emissions is one of the most effective near-term climate change actions.” 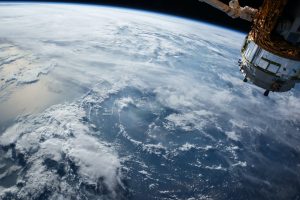 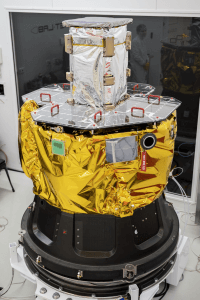 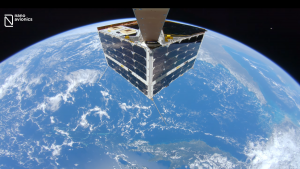