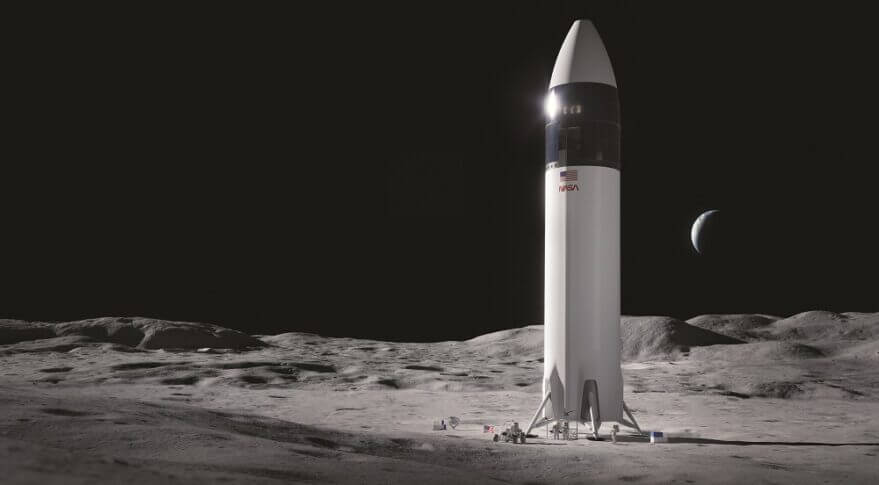 In a statement, the GAO said that NASA did not violate procurement law when it decided to make a single Human Landing System (HLS) award to SpaceX in April after previously stating its intent to make two such awards.

“In denying the protests, GAO first concluded that NASA did not violate procurement law or regulation when it decided to make only one award,” Kenneth E. Patton, managing associate general counsel for procurement law at the GAO, said in the statement. The agency made clear in the competition that awards were contingent on available funding, and reserved the right to make a single award, or none at all.

“GAO further concluded there was no requirement for NASA to engage in discussions, amend, or cancel the announcement as a result of the amount of funding available for the program,” Patton said. “As a result, GAO denied the protest arguments that NASA acted improperly in making a single award to SpaceX.”

The GAO also denied claims Blue Origin and Dynetics made that NASA improperly evaluated the two companies’ proposals. “GAO next concluded that the evaluation of all three proposals was reasonable, and consistent with applicable procurement law, regulation, and the announcement’s terms,” he said in the statement.

The GAO did agree with the companies that NASA waived a “mandatory solicitation requirement” for SpaceX. “Despite this finding, the decision also concludes that the protesters could not establish any reasonable possibility of competitive prejudice arising from this limited discrepancy in the evaluation,” Patton concluded.

Blue Origin and Dynetics filed protests April 26, 10 days after NASA awarded SpaceX a $2.9 billion contract to develop a crewed lunar lander, based on the company’s Starship vehicle, and perform a demonstration mission. Later lander missions will be open to SpaceX and other companies through a separate competition.

“NASA has executed a flawed acquisition for the Human Landing System program and moved the goalposts at the last minute,” Blue Origin said in April when it filed the protest, complaining that, among other issues, it was not given an opportunity to revise its proposal.

“Dynetics has issues and concerns with several aspects of the acquisition process as well as elements of NASA’s technical evaluation and filed a protest with the GAO to address them,” Dynetics said in a statement in April when it filed its separate protest. It argued that NASA should have revised the HLS competition, or canceled it, when realized the anticipated level of funding would not be available.

“We stand firm in our belief that there were fundamental issues with NASA’s decision, but the GAO wasn’t able to address them due to their limited jurisdiction,” a Blue Origin spokesperson said in a statement to SpaceNews. “We’ll continue to advocate for two immediate providers as we believe it is the right solution.”

Dynetics did not immediately respond to a request for comment on the GAO’s decision.

The GAO’s decision should free up NASA to proceed on its HLS contract with SpaceX, which had been in limbo since the protests were filed. NASA officials had declined to discuss details about their plans to develop lunar landers, citing a “blackout” period during the GAO’s evaluation of the protests.

“We are prohibited by law, and the procedures and policies of the GAO, from commenting and getting in on this competition, this bid protest,” NASA Administrator Bill Nelson said at a July 29 press conference at the Kennedy Space Center.

The GAO’s rejection of the protests is not surprising, given the relatively low success rate of contract protests. The GAO said in a December 2020 report that it sustained 15% of protests it resolved in fiscal year 2020, compared to 13% in fiscal year 2019. The only surprise was the timing of the announcement: the GAO had until Aug. 4 to rule on the protests, and Nelson, among others, had expected the GAO to wait until the deadline given the complexity of the protests.

Nelson said at the July 29 press conference that he still supported competition in the HLS program, provided there was sufficient funding. “I’m very optimistic at this point that Congress is going to give us some additional funds that will allow us to go forward with that competition,” he said, although Congress has not yet taken steps to provide significant additional funding to enable a second HLS award.