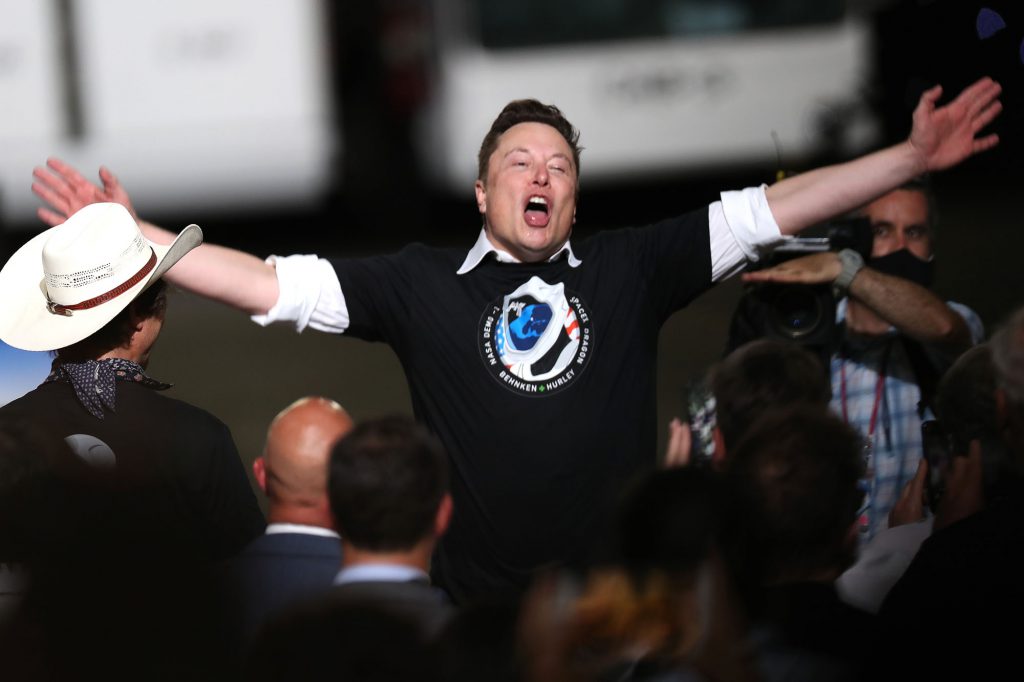 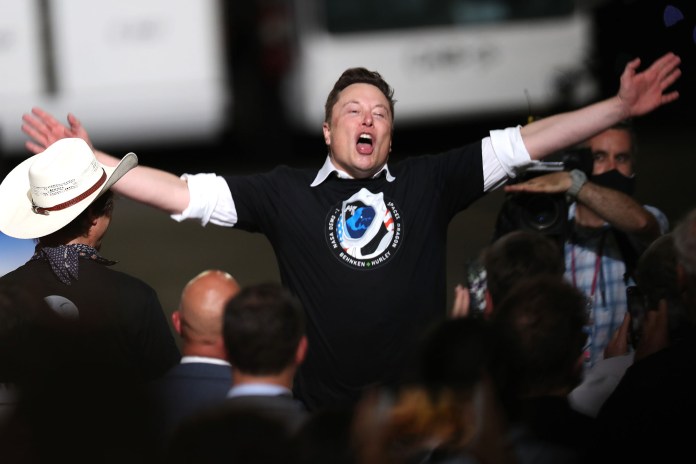 SpaceX founder Elon Musk was choked up with emotion after his company successfully launched astronauts to space for the first time on Saturday (May 30).

“I’m really quite overcome with emotion on this day, so it’s kind of hard to talk, frankly,” Musk said in a post-launch press conference at NASA’s Kennedy Space Center in Florida Saturday evening. “It’s been 18 years working towards this goal, so it’s hard to believe that it’s happened.”

Musk’s comments came a few hours after SpaceX’s Falcon 9 rocket lifted off from the center’s historic Launch Complex 39A, carrying a Crew Dragon spacecraft with NASA astronauts Bob Behnken and Doug Hurley on board.

By successfully launching its new Crew Dragon spacecraft with astronauts on board for the first time, SpaceX became the first private company to launch astronauts for NASA. The uncrewed test flight, called Demo-2, is also the first crewed launch from the United States since the space shuttle program ended in 2011. SpaceX and Boeing were both selected for NASA’s commercial crew program to wean the agency off its dependence on Russia’s Soyuz to fly astronauts after the shuttle program was retired.

“I think this is something that’s particularly important in the United States but appeals to everyone throughout the world who has within them the spirit of exploration,” Musk said. “This is something that I think humanity should be excited about proud of occurring on this day.”

If all goes well with the Demo-2 test flight, SpaceX will soon begin launching astronauts to the International Space Station (ISS) for NASA as well as other space agencies and private companies. The first operational Crew Dragon mission, called Crew-1, could launch to the ISS as early as Aug. 30, with three NASA astronauts and one astronaut from the Japanese Aerospace Exploration Agency on board.

This isn’t the first time SpaceX has launched a Crew Dragon spacecraft to the ISS. Another Crew Dragon launched to the station in March 2019 for a weeklong demonstration mission called Demo-1, and there were no astronauts on board — only a test dummy named Ripley. Musk was an emotional wreck after that mission, too.

The Demo-2 astronauts, who will be joining the three-person crew of ISS Expedition 63, will spend anywhere from one to four months at the station. SpaceX and NASA will determine the duration of their stay after they assess the condition of the Crew Dragon spacecraft in orbit as well as the Crew Dragon that will fly the Crew-1 mission this summer.

When asked about his conversations with the Demo-2 astronauts’ kids, Musk — who recently became a dad again(he has six sons) — got choked up.

“It really hit home,” he said of the time he told their two boys that he would do everything in his power to bring their dads home safely.

“I think it was an argument that the return is more dangerous in some ways than the ascent, so in order to declare victory yet, we need to bring them home safely [and] make sure that we’re doing everything we can to minimize that risk of reentry and return,” Musk said.