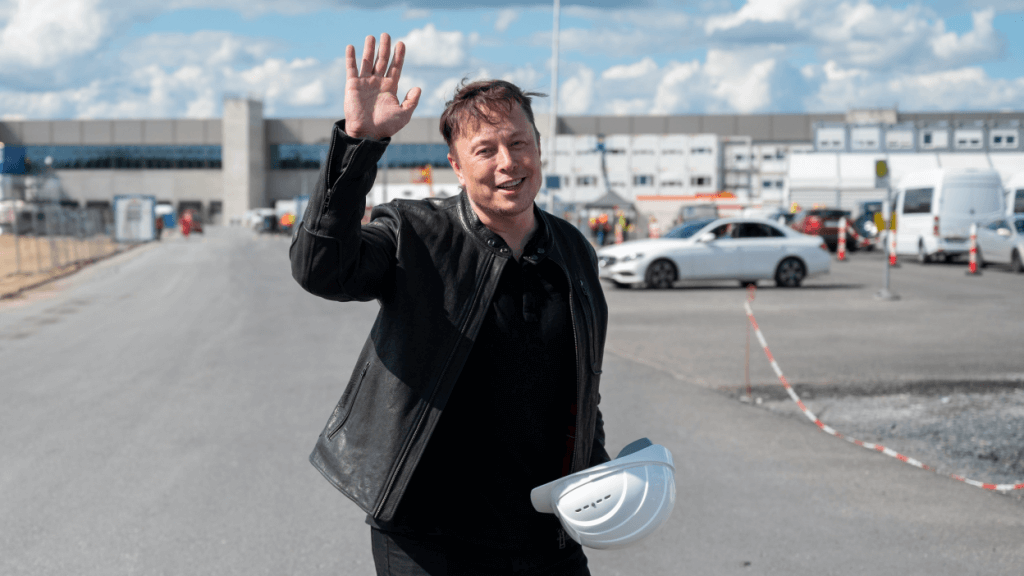 Elon Musk, founder of SpaceX, Tesla, and the Boring Company, is taking a ride up to space with Virgin Galactic.

Virgin Galactic, Richard Branson’s private spaceflight company, performed its first fully crewed flight to space with Branson and others on board on Sunday. The Wall Street Journal reported Musk’s ticket purchase for a future trip shortly afterward. While Musk’s company has been developing and testing commercial passenger rockets for years, it seems he isn’t content waiting for his own vehicles to be ready to exit Earth’s stratosphere.

Ahead of Branson’s trip to space over the weekend, he tweeted out a picture of himself with Musk, signaling the two billionaires’ friendship. Musk tweeted, “Will see you there to wish you the best” at Branson on Saturday as well.

There are no details on when Musk will be going to space with Virgin Galactic. He is one of hundreds of people, many of them celebrities like Lady Gaga and Tom Hanks, who purchased tickets for up to $250,000 each before the first fully crewed flight had even happened. Virgin Galactic is still the only space tourism company of the big three — Bezos’ Blue Origin as well as Branson’s and Musk’s companies — to have clearance to bring customers to space from the Federal Aviation Administration.

The Virgin Galactic spaceplane that reached zero gravity about 50 miles above Earth on Sunday was a SpaceShipTwo class spaceplane. Instead of a having a vertical launch like a traditional space rocket, SpaceShipTwos are brought to the upper atmosphere by a mother ship that takes off horizontally on a runway like an airplane. Once high enough, the SpaceShipTwo is deployed and rockets itself the rest of the way past the stratosphere. After descending, it lands horizontally like an airplane on a runway.

Musk’s ride on Branson’s spaceplane won’t be at all similar to one on SpaceX’s Starship rockets, which take off vertically.

The third space-focused billionaire, Jeff Bezos, is scheduled to ride up into space on July 20 aboard a rocket developed by his own space company, Blue Origin. While Musk and Branson seem chummy online, Bezos seems to be a bit of a third wheel.

Blue Origin tweeted out a comparison of their New Shepard rockets and Virgin Galactic’s spaceplanes, clearly focusing on their own vehicles’ superiorities, like bigger windows and less impact on the atmosphere. The company also took a dig at the height the spaceplanes fly compared to their own, a difference of around 13 miles. The tweet noted that Blue Origin’s spacecraft pass the Kármán line 62 miles up, widely regarded as the beginning of space. SpaceX’s Starships are also designed to pass the Kármán line, and that fact may haunt Virgin Galactic as people decide who they’d like to ride with.

Virgin Galactic has not yet announced when it will perform more space tourism flights. SpaceX has not revealed a timeline for when they will begin to test crewed flights.