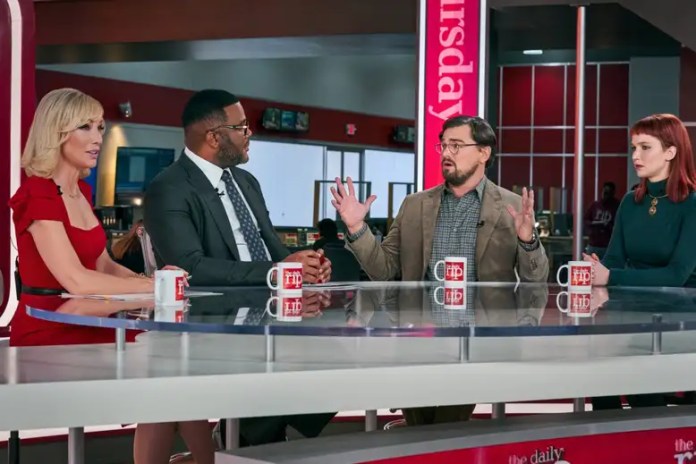 Earth could save itself from the threat of a devastating asteroid or comet impact with just a short window to act, according to new research.

Netflix’s recent science-fiction blockbuster Don’t Look Up depicts a scenario where astronomers discover a 10-kilometre-wide comet set to collide with Earth in six months. The film charts their efforts to warn the world of impending doom and convince politicians to take the necessary action to avert catastrophe.

Although the story is intended as an allegory for climate change, Philip Lubin and Alexander Cohen at the University of California, Santa Barbara, wondered if such a scenario would be survivable in the real world. “It looks possible,” says Lubin. “It looks like you could do it.”

Given a timescale to act of several years, the preferred strategy would be to deflect the incoming object. But to stop an asteroid or comet of this size in just six months, Lubin and Cohen found that we would instead have to use nuclear devices to “disassemble” the object. They suggest this would be doable with less than 10 per cent of the world’s current nuclear arsenal.ADVERTISING

The nuclear devices would need to be equipped on 1000 javelin-shaped penetrators, which could be launched on one of two super-rockets that are currently in development: NASA’s Space Launch System or SpaceX’s reusable Starship vehicle, both expected to launch on their first test flights to space in the coming months.

The launch would have to occur five months before the asteroid or comet was due to hit, giving us just a month to prepare. “You have to be ready. You can’t wait,” says Lubin.

The penetrators would then strike a month before the impact date, exploding in concentric rings from the outer edge of the asteroid or comet towards its centre. That would give us the greatest chance of blasting it into small-enough fragments that would be mostly pushed out of Earth’s path.

“Will any of them hit? Probably,” says Lubin. “But if it’s a choice between everybody dying and some, you have to make some choices.”

Detlef Koschny, the acting head of the European Space Agency’s planetary defence office, says the idea seems reasonable, but wonders if we would have enough time to act. “Even if there are enough nuclear explosive devices, you’d still need to get them up on a rocket in four weeks,” he says. “I don’t see how that can happen.”

Thankfully, our best surveillance efforts suggest we won’t need such a call to arms any time soon. “There’s nothing that we are worried about for at least the next 100 years,” says Áine O’Brien at the University of Glasgow, UK, “but it’s always cool to read these kinds of things.”