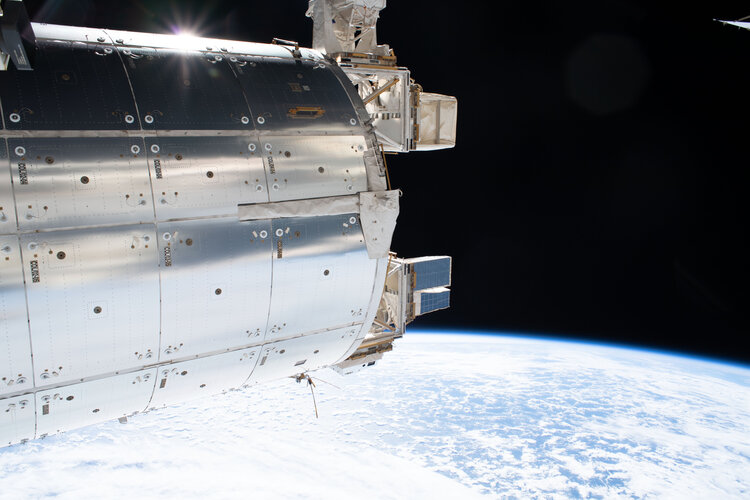 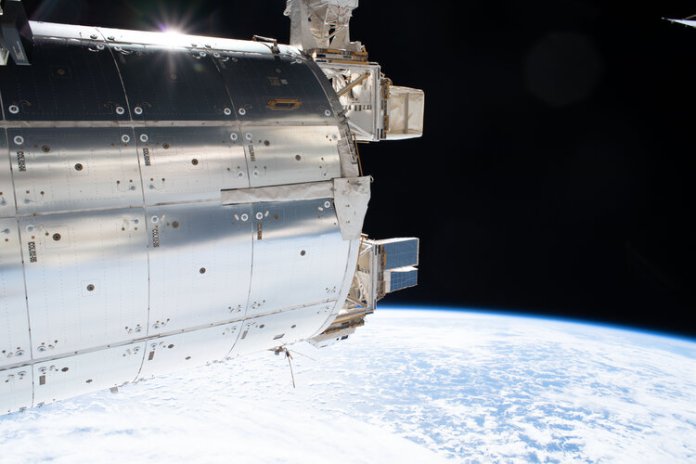 An upgrade to the communications system is delivering broadband internet speeds similar to those enjoyed by families on Earth.

It means that experiments on board the International Space Station can be monitored from Europe in close to real time. Until now, data from investigations into the effects of radiation on seeds and biomining research had to be stored on hard drives and returned to Earth many months later.

Astronauts on board the International Space Station are connecting via a radio link to one of the two geostationary satellites that form the European Data Relay System. The satellite picks up signals from the Station as it loops around the Earth every 90 minutes and relays them straight back to its European base station.

The state-of-the-art system provides speeds of up to 50 Mbit/s for downlink and up to 2 Mbit/s for uplink. The communications device which enables it – nicknamed ‘ColKa’ for ‘Columbus laboratory Ka-band terminal’ – was installed during a spacewalk in January 2021.

ESA and Airbus signed a two-year contract on 29 November 2021 to deliver data from the Station to Europe.

Colka was designed and built by British and Italian companies, using products from Belgium, Canada, France, Germany and Norway, some of which have been qualified under ESA’s Telecommunications and Integrated Applications programme of Advanced Research in Telecommunications Systems (ARTES).

The knowledge gained from designing, building and running ColKa will be instrumental for ESA’s telecommunications package under the ESPRIT telecommunications and refuelling module that is being designed for the lunar Gateway – an outpost over 1000 times farther from Earth than the International Space Station that will provide vital support for a sustainable, long-term human return to the lunar surface.