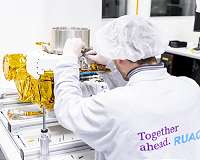 Over the last five years the global ocean has risen, on average, 4.8 mm a year. With millions of people around the world at risk from rising seas, it is essential to continue measuring the changing height of the sea surface. Crucial data will be delivered by the Sentinel-6 environmental satellite, which will measure sea level heights.

The launch is scheduled for November 10, 2020 from the Vandenberg launchsite in California, USA, aboard a Falcon-9 rocket. “Key products from us make this important climate mission possible”, says Luis De Leon Chardel, Executive Vice President a.i. RUAG Space. Once the satellite is in space, a computer from RUAG Space will take over control.

“Our computer is the brain of the satellite”, explains Anders Linder, Senior Vice President Electronics at RUAG Space. The computer e.g. controls the satellites’ on-board power distribution, temperatures and critical actions such as the release of locking mechanisms and thruster operations.

Precise determination of a satellite’s position

The global ocean satellite Sentinel-6 will measure sea level heights and thus provide important data for climate research. Permanent observations of the world’s oceans are necessary to obtain information about sea level changes. Due to the enormous size of the oceans, which cover 70% of the earth, the use of satellites from space is necessary.

For this purpose, Copernicus Sentinel-6 carries a radar altimeter as main sensor. The instrument is best suited to observe sea level and ice thickness in the polar regions. In addition, the satellite carries several instruments for navigation and observation of water vapor.

Sentinel-6 will map up to 95% of the earth’s oceans every 10 days. To date, global sea level measurements have been performed by a fleet of satellites that includes the Franco-American Topex Poseidon and Jason missions, previous ESA missions such as the ERS satellites, Envisat and CryoSat, and the Copernicus Sentinel-3 satellite.

Sentinel-6-Michael Freilich is a joint project of ESA, European Commission, Eumetsat, NASA and NOAA, with support of CNES. Copernicus is managed by the European Commission in partnership with ESA. Eumetsat will operate the satellite and manufacture and supply the products.

NASA and NOAA will contribute the microwave radiometer, laser retro-reflector and GNSS Radio Occultation receiver. Airbus is the system and satellite prime, managing 32 companies from European industries. The satellite was named after Michael H. Freilich, who led NASA’s work in Earth science as the director of NASA’s Earth Sciences Division for more than 12 years and passed away in August 2020. 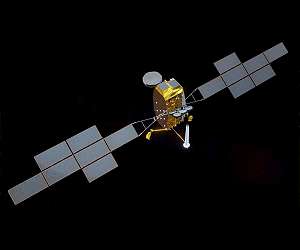 SPAINSAT NG program completes Preliminary Design Review
Madrid, Spain (SPX) Oct 23, 2020
The SPAINSAT NG programme, owned and operated by Hisdesat, has successfully passed the preliminary design review (PDR) of the payload and the full satellite, including PDR of Pacis 3 (PPP) elements. SPAINSAT NG is being manufactured by a consortium of four co-primes from Airbus in Spain and France, and Thales Alenia Space in Spain and France.
This important milestone confirms the soundness of the preliminary design and technical capabilities of the SPAINSAT NG satellite system.
Despite Covid … read more