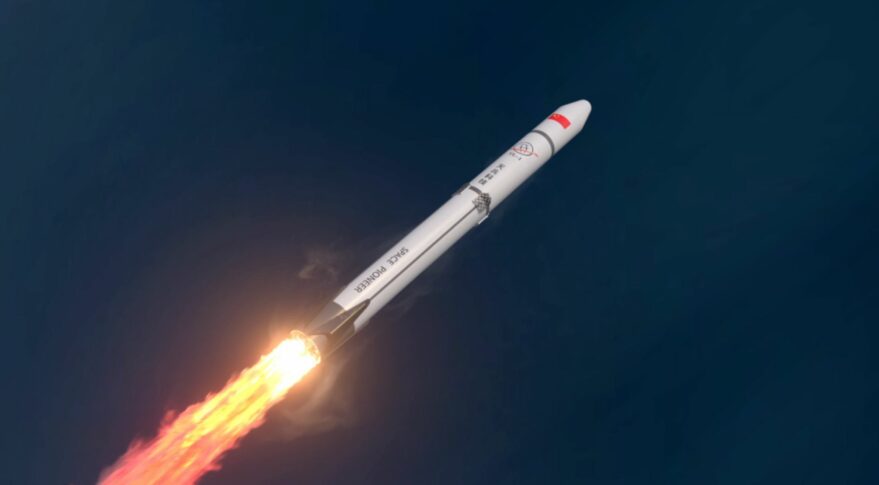 HELSINKI — Chinese commercial rocket company Space Pioneer has secured a large funding round ahead of reusable “hop” tests and a first orbital launch.

Space Pioneer, full name Beijing Tianbing Technology Co., Ltd., closed a pre-B funding round worth “hundreds of millions of yuan” or at least 30 million of dollars, the company announced July 27.

Notably it adds meeting the needs of a Chinese Space Station cargo project as an objective. China’s human spaceflight agency announced in January a solicitation for proposals for low-cost cargo transportation to assist space station operations.

This is the sixth round closed by Space Pioneer. Previous funding has come from entities including ZJU Joint Innovation Investment, linked to Zhejiang University.

Chinese commercial space companies have so far attempted just one launch in 2021, while China’s main state-owned contractor has carried 23 successful orbital launches. The sole commercial launch saw the failure of iSpace’s Hyperbola-1 solid rocket. The firm is looking to return-to-flight in the near future, while Galactic Energy, CAS Space, Expace and others are also preparing for new missions with solid rockets.

Meanwhile Landspace is preparing for an orbital test flight of its Zhuque-2 methan-liquid oxygen rocket. The mission is expected to be the first liquid rocket orbital launch attempt by a Chinese private company and a maker of progress in the sector since China opened launch to private capital in late 2014.