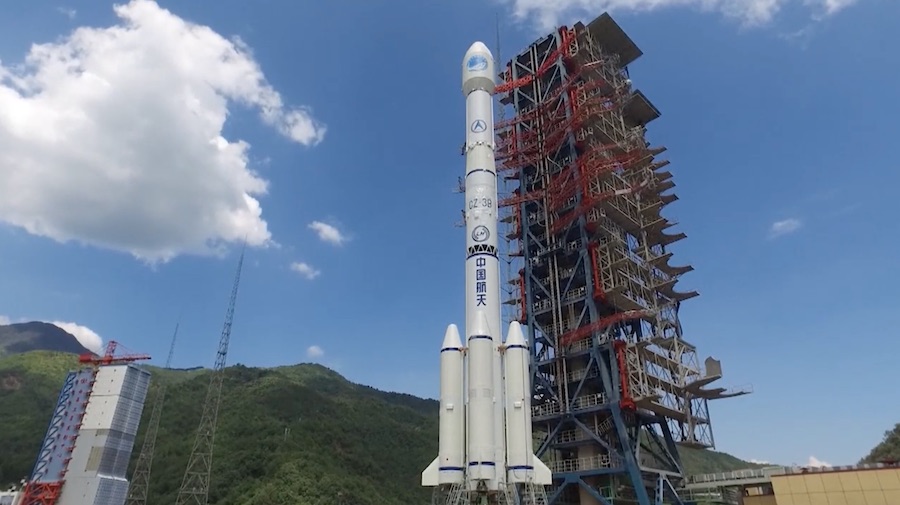 China will have to wait to finish a long-awaited upgrade of its global navigation satellite system.

“The Long March-3B carrier rocket to be used to launch the BDS-3 satellite was found having technical problems during pre-launch tests, according to the China Satellite Navigation Office,” Xinhua reported at 8:15 a.m. Beijing time Tuesday (8:15 p.m. EDT Monday or 0015 GMT Tuesday), about two hours before the scheduled launch window was supposed to open. “The launch previously scheduled for Tuesday has been postponed, and the new launch time is to be determined.”

China typically makes launch announcements after the satellite deploys successfully in orbit. This time, however, an English broadcast was announced for state service provider CCTV, which normally provides video clips after successful launches.

The last BDS-3 satellite was supposed to depart from the Xichang Satellite Launch Center, which is located in the southwestern Sichuan province. Chinese news sources previously said that finding a suitable launch date had been difficult because of the rainy season in the mountainous region, which can create challenging launch conditions as weather changes quickly in the area.

Upgrades to the BDS system began in 2009, Xinhua said in another report from May. Once completed, BDS-3 is expected to include 30 satellites (there are now 29 operational satellites) for applications ranging from high-precision positioning to short message communications.

Compared to the older BDS-2 generation, BDS-3 satellites have “higher bandwidth, enabling enhanced communication capability and carrying more accurate … atomic clocks to improve the precision of timing and navigation services,” China’s Global Times said in a report about the launch before it was postponed. BDS-3 has been operational since 2018, but this latest launch is expected to improve the signal strength and coverage for users around the world.

Navigational satellites like those in BDS-3 work by transmitting a signal that is picked up by receivers in smartphones and other Global Positioning System (GPS)-enabled devices. The satellite signal includes information such as the time the message was sent (making atomic clocks quite useful for exact measurements) as well as the satellite’s orbital position. Navigation can proceed when a user receives accurate information from at least four satellites.

China’s delay in finishing the BDS-3 network comes as the United States faces challenges in launching new satellites to modernize its own navigation network, GPS. The novel coronavirus pandemic forced the next GPS III satellite launch to delay to at least June 30 from a planned April launch. GPS III satellites have three times the navigational accuracy and an up to eight-fold improvement on anti-jamming capabilities over the older GPS II network. The GPS network is set to be fully upgraded by 2023.

There are two other global navigation systems competing with China’s. Russia launched the Glonass-M navigation satellite into orbit in March, providing services for Russia’s military services on land, air and sea. Europe’s Galileo system became operational in 2016 and is expected to add its last satellites late in 2020, according to the European Space Agency.