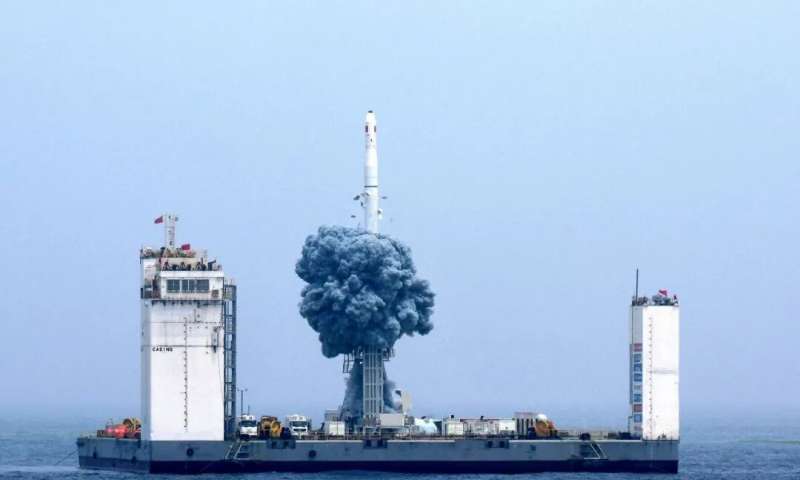 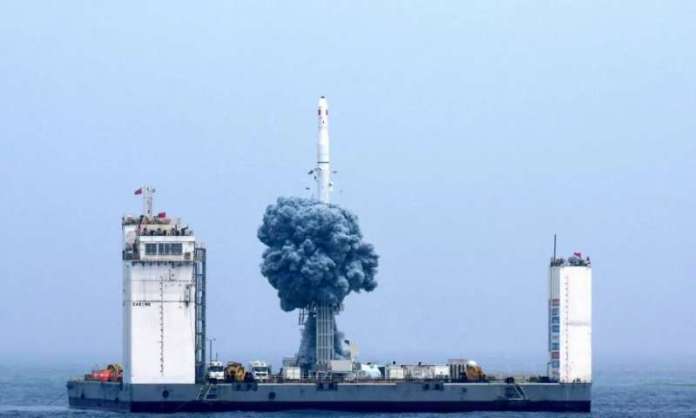 In the near future, launch facilities located at sea are expected to be a lot more common. SpaceX announced that it is hoping to create offshore facilities in the near future for the sake of launching the Starship away from populated areas. And China, the latest member of the superpowers-in-space club, is currently building the “Eastern Aerospace Port” off the coast of Haiyang city in the eastern province of Shandong.

This mobile launch facility is being developed by the China Aerospace Science and Technology Corporation (CASC), the country’s largest aerospace and defense contractor. Once fully operational, it will be used to launch light vehicles, as well as for building and maintaining rockets, satellites, and related space applications. As China’s fifth launch facility, it will give the country’s space program a new degree of flexibility.

The addition of a sea platform will also help mitigate the risk to populated areas. At present, all of China’s other launch facilities are located inland at Jiuquan (northwest China), Taiyuan (north), Xichang (southwest), and the coastal site at Wenchang (south) on the island of Hainan. Launches from these locations often result in spent stages falling back to Earth, which requires extensive safety and cleanup operations.

The addition of a floating spaceport is also in keeping with the expansion in launch services that China has seen in recent years. In the last 20 years, the country has seen an exponential increase in launches made using the Long March rocket family. In 2001, the CNSA performed only one launch using a Long March 2F. That number increased to 37 by 2018, using a combination of the Long March 2, 3, 4, and 11 models.

The agency has managed to conduct 26 launches so far this year, in spite of the limitations imposed by the COVID-19 pandemic. It’s also hoped that the addition of the spaceport just off the coast of the Shangdong Peninsula will lead to the development of an aerospace and industrial manufacturing cluster in the region, which includes the construction of a commercial launch complex near the Jiuquan Satellite Launch Center.

Much of this growth is due to large-scale projects, which include the third iteration of the BeiDou Navigation Satellite System. In addition, China has announced its intention to create constellations supporting satellite internet, as well as and other space-related “infrastructures” that will support its growing national space program and burgeoning commercial space industry.

A good deal of this growth can also be attributed to the political reforms that have taken place in China’s aerospace sector in recent years. In 2014, the federal government opened the sector to private investment for the first time. In early August, CAST also underwent an internal merger where some of its institutes came together to create the new Remote Sensing Satellite General Department.

Three weeks ago, CASC signed an agreement with its fellow state-owned aerospace and defense company and contractor, the China Aerospace Science and Industry Corporation (CASIC). The agreement calls for an increase in cooperation to bolster China’s competitiveness in the international arena and foster the development of military and national strategic capabilities.

The crews at are hoping to mount a second launch with the Long March 11 before the end of 2020, with an early launch possibility in the next few weeks. The site was also visited recently by Wang Xiaojun, the head of China Academy of Launch Vehicle Technology (CALT), which is overseen by CASC, who indicated that they were making “substantial progress” on the facility.

These and other advancements are part of China’s evolving 14th Five Year Plan (2021-2025), which is expected to include the launch of all the components that will make up the Chinese Large Modular Space Station from 2021 to 2023. China also plans to send three sample-return missions (Chang’e-5, 6, and 7) to the Moon as part of the Chinese Lunar Exploration (Chang’e) program.