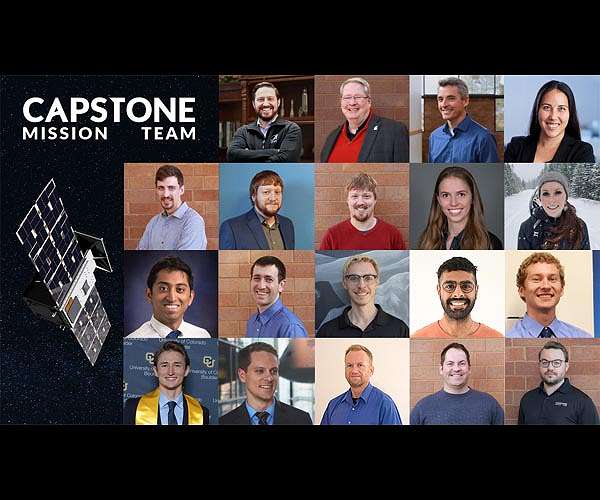 CAPSTONE made its initial insertion into the Near Rectilinear Halo Orbit (NRHO) on Sunday, November 13th. Two smaller correction maneuvers will take place this week to ensure the spacecraft is confirmed into the complex lunar orbit. This NRHO is an orbit around the Moon that has never been flown before and it is the intended orbit for the Gateway space station. NASA intends to use Gateway to support Artemis missions to the lunar surface. CAPSTONE is the first CubeSat to fly to and operate at the Moon.

The leadup to the NRHO insertion maneuver (NIM) was quite busy behind the scenes. Ever want to see what happens leading in the Mission Operations room, here’s a glimpse into the play-by-play action of the CAPSTONE Mission Team (as designed/planned) in the hours leading up to the insertion:

4:23pm MT: The radio ceased transmissions and oriented the solar panels at the Sun to top the batteries off.

5:08pm MT: The spacecraft slewed to the burn attitude and let the fuel settle in the tank.

5:22:27 MT: The spacecraft began execution of the NRHO Insertion Maneuver (NIM). It thrusted at about 0.44 Newtons (equivalent of the weight of about 9 pieces of 8.5x11in paper in your hand!!).

6:00 MT: Initial data received and insertion into the orbit was executed as planned

CAPSTONE Countdown – The Team Behind the Scenes

The CAPSTONE Countdown is nearly over! We are mere hours from arriving at the Moon, and there would be no mission without the incredible work of the Advanced Space CAPSTONE Mission Operations Team. From orbit determination and navigation to all the details behind the scenes, thank you to this talented team of engineers, technicians, and more:

Principal Investigator Bradley Cheetham and Program Manager Thomas Gardner who have been at the helm of not only the project but the company as well.

Mission Design Lead Ethan Kayser and Orbit Determination Lead Michael Thompson – mission design is more preliminary work designing the trajectory and planned maneuvers, while orbit determination supports ongoing navigation of the spacecraft. Both have to work together as things change to have the most up-to-date and accurate understanding of where the spacecraft is and where it is going.

Mission Lead Systems Engineer Alec Forsman is the subject matter expert for the onboard CAPS technology that will be demonstrated as part of this mission. He is supported by Systems Engineer Jaquelyn Romano, who also does Mission Operations Planning and Support.

Operations is a delicate balance of scheduling and availability. Our Mission Operations Coordinator, Arlen Kam, ensures we have enough operators during critical mission operations at all times. Every shift has to have a MOM (Mission Operations Manager), so we have several folks on call – Dr. Jeffrey Parker, Lauren De Moudt, and Alec Forsman. They also oversee daily operations for the mission, including coordination between spacecraft partners, the Deep Space Network (DSN) and operators.

While it is not as thrilling as the movies make piloting a spacecraft seem, our operators make sure things are all right with the CubeSat during its most critical maneuvers: Sandeep Baskar, Charles Cain, Michael Caudill, Sai Chikine, Andrew Koehler, and Connor Ott.

Imager Lead and Operator roles are held by Matt Bolliger, who has served as an operator to date but after our arrival at the Moon will be responsible for the planning and scheduling of the imager on the spacecraft. Matt has also created many of the videos and animations used to show off and present the mission on our site and YouTube channel.

And of course, a huge thank you to the foundational work that rarely gets public spotlight but is critical at every moment of the mission, done by our System Admin James Thomas and DevOps performed by Richard Poulson.

Finally, we thank Taylor Johnson, who holds the unenviable but necessary position of Risk Manager for the project; being cognizant of the challenges of what could go wrong, he manages the plans and processes to ensure we account for contingencies for what to do to make it right. 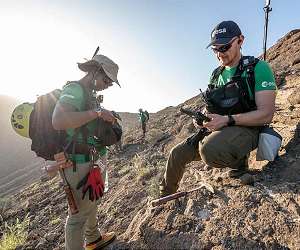 Gearing up for the Moon with Pangaea


No, they are not wearing spacewalk-like costumes nor pretending to be on the Moon. Yet ESA astronaut Alexander Gerst and NASA astronaut Stephanie Wilson are equipped with all the tools they need to explore and understand the geology behind a lunar or martian landscape, in a not-so-distant human mission to unknown worlds.

Alexander and Stephanie arrived at the Spanish Canary Island of Lanzarote for an intense week of training as part of ESA’s Pangaea geology course. For the fifth time, this island … read more