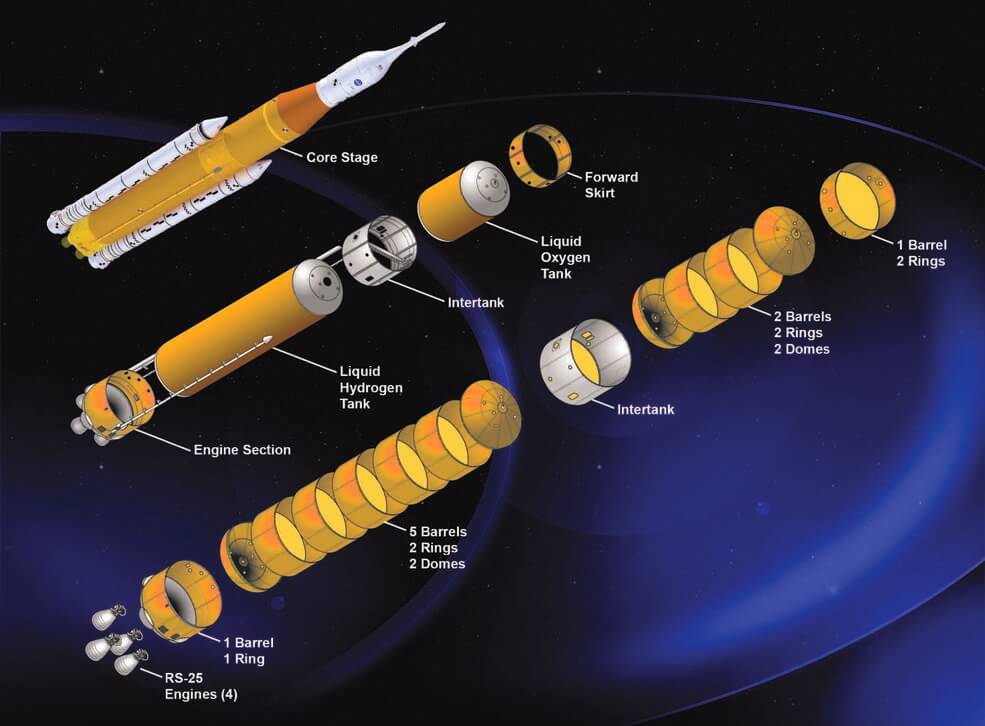 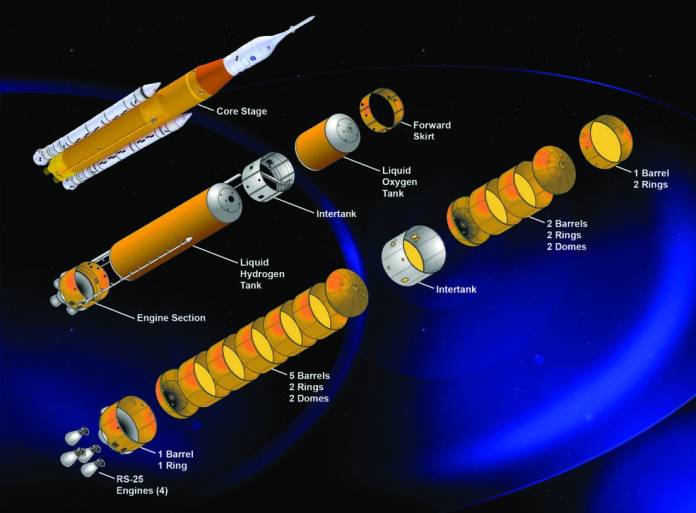 The event marks the first time a completed rocket stage has shipped out of Michoud since the end of the Apollo program. SLS Core Stage 1 is the largest single rocket stage ever built by NASA and its industry partners.

The rollout follows several weeks of final testing and check-outs after NASA’s declaration of “core stage complete” during a December 9 Artemis Day celebration at Michoud.

NASA will transport the SLS core stage to its Stennis Space Center in Bay St. Louis, Mississippi, in the next few days for “Green Run” hot-fire engine tests later this year. After inspection and refurbishing for launch, the stage moves to Kennedy Space Center in Florida. At Kennedy, the core stage will be integrated with the Interim Cryogenic Upper Stage (ICPS) and NASA’s Orion spacecraft for the uncrewed Artemis I mission around the moon – the first launch of a human-rated spacecraft to the Moon since Apollo 17 in 1972.

“The Boeing SLS team has worked shoulder-to-shoulder with NASA and our supplier partners to face multiple challenges with ingenuity and perseverance, while keeping safety and quality at the forefront,” said John Shannon, Boeing SLS vice president and program manager.

SLS is the world’s most powerful rocket, evolvable and built to carry astronauts and cargo farther and faster than any rocket in history. Its unmatched capabilities will deliver human-rated spacecraft, habitats and science missions to the moon, Mars and beyond as part of NASA’s Artemis program.

“We are applying what we’ve learned from development of the first core stage to accelerate work on core stages 2 and 3, already in production at Michoud, as well as the Exploration Upper Stage that will power NASA’s most ambitious Artemis missions,” said Shannon.