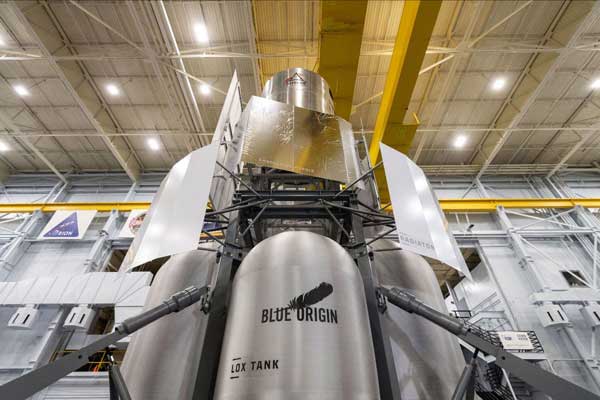 Jeff Bezos’ Blue Origin has filed a lawsuit over its failure to win a NASA Human Landing System to return astronauts to the lunar surface. The lawsuit follows the Government Accountability Office’s (GAO) rejection last month of its appeal of the space agency’s decision to award a single contract to Elon Musk’s SpaceX.

Blue Origin said its lawsuit filed in the U.S. Court of Federal Claims on Friday is “an attempt to remedy the flaws in the acquisition process found in NASA’s Human Landing System.”

It added it believes “the issues identified in this procurement and its outcomes must be addressed to restore fairness, create competition, and ensure a safe return to the Moon for America.”

Blue Origin’s lawsuit remains under seal. NASA must file a response to the challenge by Oct. 12.

Blue Origin and defense contractor Dynetics have argued that NASA was required to make multiple awards. The GAO said it “denied the protest arguments that NASA acted improperly in making a single award to SpaceX.”

The appeal will likely further delay SpaceX’s development of its lander, which is based on the company’s Starship vehicle.