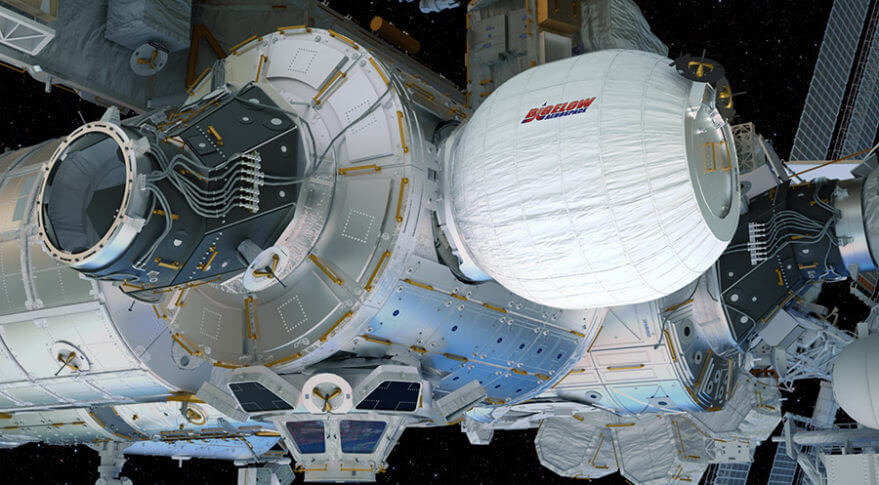 NASA has hired a new company to provide engineering support for an inflatable module on the International Space Station originally built and managed by Bigelow Aerospace.

In a Jan. 18 procurement filing, NASA announced it awarded a $250,000 contract to ATA Engineering of San Diego, California, to provide engineering support services for the Bigelow Expandable Activity Module (BEAM), an inflatable module added to the station in 2016. The module was built by Bigelow Aerospace, which had provided support for the module until December.

NASA announced Dec. 10 its intent to award a sole-source contract with ATA Engineering to handle those engineering services. That company, the agency said, was the only one qualified to provide that support given its role as a subcontractor to Bigelow in the development of BEAM and later support of operations of the module, including engineering analyses that confirmed the module’s life could be extended to as late as 2032.

In that earlier notice, NASA said that Bigelow “transferred title and ownership of the BEAM to NASA Johnson Space Center” in December as its engineering contract expired. NASA spokesperson Leah Cheshier said at the time that the transfer of ownership was one of the terms of the sustaining engineering contract NASA awarded Bigelow in 2017, and involved no exchange of funding or other considerations between NASA and Bigelow.

Bigelow Aerospace, founded more than 20 years ago, was a pioneer in the development of inflatable module technology and planned to use it for a series of space stations. In addition to BEAM, the company launched two prototype inflatable modules, Genesis 1 and 2, in 2006 and 2007, respectively. It had been working on a much larger module called B330 because it had a volume of 330 cubic meters when fully expanded.

Bigelow, though, declined to bid on a NASA competition to install a commercial module on the ISS, saying the funding offered by the agency was insufficient to close its business case. NASA selected Axiom Space in January 2020 to develop a commercial module to be installed on the station as soon as 2024.

In March 2020, Bigelow Aerospace laid off its entire workforce, citing restrictions imposed by the Nevada state government in the early weeks of the pandemic that closed nonessential businesses. The company has not made any public comments about its future since then. It notably was not among the “interested parties” that participated in meetings last year for NASA’s Commercial Low Earth Orbit Destinations program to support development of commercial space stations, and was not a part of any of the three teams that received NASA awards in December.

BEAM, though, may not be the only inflatable module on the ISS in the future. A British company, Space Entertainment Enterprise (SEE), announced Jan. 20 it is working with Axiom Space to add an inflatable module to Axiom’s commercial segment of the station.

The SEE-1 module is envisioned as a spherical module six meters across when fully expanded, attached to a docking port on the initial Axiom commercial module added to the station. SEE said that module would be operational in December 2024, which would be around the time the Axiom module itself is added to the station.

SEE envisions using the module as entertainment facility for music, film and sports events. “With worldwide leader Axiom Space building this cutting-edge, revolutionary facility, SEE-1 will provide not only the first, but also the supreme quality space structure enabling the expansion of the two trillion-dollar global entertainment industry into low Earth orbit,” said Dmitry and Elena Lesnevsky, co-founders of SEE, in a statement.

“Adding a dedicated entertainment venue to Axiom Station’s commercial capabilities in the form of SEE-1 will expand the station’s utility as a platform for a global user base and highlight the range of opportunities the new space economy offers,” Michael Suffredini, president and chief executive of Axiom Space, said in the statement. Axiom will build the module for SEE.

SEE provided few details about their plans or their ability to fund development of the module. The company claimed in its statement to have several former media executives as consultants and advisers, but did not name them. It also said it is working with GH Partners, an investment bank based in New York, on a fundraising round, but did not disclose how much money it was raising or how much development of SEE-1 would cost.

According to business filings, SEE was incorporated in Britain in August 2020 as “Space Fighting League” and changed its name last year to Space Entertainment Enterprise. The company has not disclosed any financial information and has Dmitry and Elena Lesnevsky as its sole directors.

The SEE release also claimed that Dmitry and Elena Lesnevsky “are producing the first ever Hollywood motion picture filmed in outer space,” linking to a page on the Internet Movie Database (IMDb) website named “Untitled Tom Cruise/SpaceX Project.” That page lists the Lesnevskys as producers along with actor Tom Cruise and SpaceX Chief Executive Elon Musk, among others.

It’s unclear why and how the Lesnevskys are involved in the project. Dmitry Lesnevsky’s own IMDb profile states that the last film he produced was Turnaround, an eight-minute film released in 2016 that cost an estimated £20,000 ($27,000). Elena Lesnevsky is not credited with producing any films released to date.

Cruise, one of the world’s most famous actors, has long been associated with a feature film on the International Space Station, and in 2020 then-NASA Administrator Jim Bridenstine confirmed that the agency was in discussions with Cruise about filming a movie on the station. There’s been little public progress since then on any effort to do so.

It’s unlikely, even if producers secure funding and other approvals, that the movie could be filmed before 2023. The first NASA-backed private astronaut mission to the ISS, Axiom Space’s Ax-1, is now scheduled to launch March 31 after a one-month delay that the agency and company said Jan. 18 is to “account for additional spacecraft preparations and space station traffic.” None of the four people on that mission have announced any plans for filmmaking.

Axiom Space has not yet disclosed the full crew for its second private astronaut mission, Ax-2. Phil McAlister, director of the commercial space division at NASA Headquarters, told an advisory committee Jan. 19 that Ax-2 is now expected to fly no sooner than early 2023.