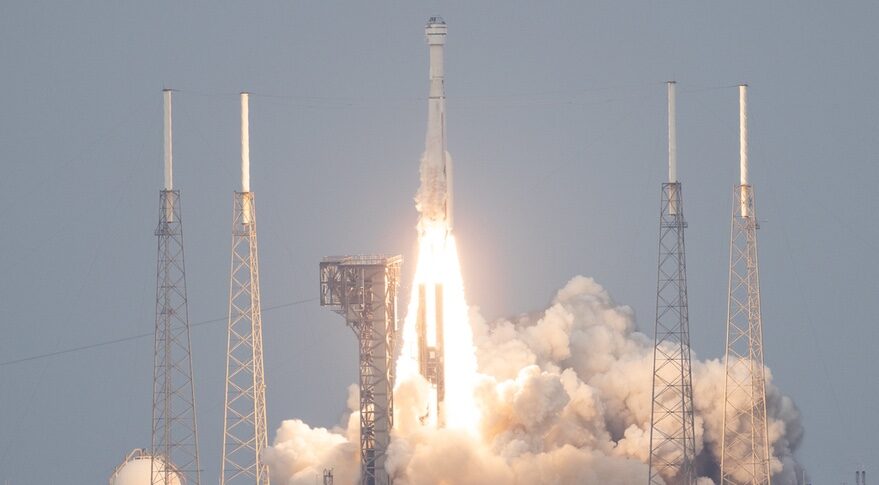 KENNEDY SPACE CENTER, Fla. — Boeing’s CST-100 Starliner spacecraft is on its way to the International Space Station on a critical, long-delayed uncrewed test flight of the commercial crew vehicle.

At a postlaunch briefing, NASA and Boeing officials said they were investigating the failure of 2 of 12 aft-facing Orbital Maneuvering and Attitude Control (OMAC) thrusters during the orbital insertion burn. A thruster in one of four “doghouses” or pods on the service module failed after one second, at which point the software switched to a second thruster in that doghouse. That thruster shut down after 25 seconds. A third thruster then took over for the rest of the burn.

“The system is designed to be redundant and it performed like it was supposed to,” Mark Nappi, Boeing vice president and commercial crew program manager, said at the briefing. “Now the team is working the why, as to why we had those anomalies occur.”

Nappi and Steve Stich, NASA commercial crew program manager, played down the issue, noting that the OMAC thrusters are used only for a few more phasing burns to bring the spacecraft close to the ISS, but not during docking itself. They would not be used again until the deorbit burn at the end of the mission.

“We’ll go look at the data and try to understand what happen, and then from a redundancy perspective, can we recover those thrusters,” Stich said. Because those thrusters already performed one phasing maneuver after the orbital insertion burn without problems, he said it wasn’t critical to resolve the problem before upcoming maneuvers.

Other than the the thruster issue, “everything else looked really good,” said Nappi. “The spacecraft is in excellent condition.”

Starliner will approach the ISS over the next day, with docking scheduled for approximately 7:10 p.m. Eastern May 20. The spacecraft will remain at the station for at least four to five days for various tests, as well as transferring approximately 225 kilograms of cargo from the spacecraft and loading about 270 kilograms of cargo for return to Earth. The spacecraft will then undock for a landing, with White Sands Space Harbor in New Mexico the primary landing site.

A successful OFT-2 mission would allow Boeing to press ahead with the Crew Flight Test, the first flight of the spacecraft to carry astronauts. That could happen as soon as the end of the year, although NASA officials have said in prelaunch briefing that the schedule will depend both on resolving any issues found during OFT-2 and the schedule of station activities.

“We’ll learn. We’re going to take this one step at a time,” Kathy Lueders, NASA associate administrator for space operations, said at a May 18 briefing here. “We’re going to use this learning for us to then be able to fly our crews.”

The launch of this mission, called Orbital Flight Test (OFT) 2, comes almost exactly 29 months after the launch of another Starliner spacecraft on the original OFT mission. A problem with the spacecraft’s mission events timer caused problems almost immediately after spacecraft separation, forcing NASA and Boeing to cancel the planned docking with the station and land just two days later.

NASA later revealed that engineers found a problem with the spacecraft software while it was in orbit that could have caused the service module, designed to be jettisoned just before reentry, to bump back into the crew capsule. They developed a software patch that was installed just hours before reentry, but the incident prompted a broader review of the spacecraft’s software.

Boeing took a $410 million charge against its earnings in early 2020 to cover the cost of addressing the problems found during OFT and to perform a second test flight. That mission was set to launch in August 2021, but scrubbed just hours before launch when propellant valves in the service module failed to open. Engineers found the valves had corroded shut, prompting a months-long delay.

Boeing later concluded that the valves corroded when nitrogen tetroxide oxidizer seeped through the Teflon seals in the valves and reacted with ambient moisture, creating nitric acid. The company took several near-term steps to prevent the problem from reoccurring, including cycling the valves regularly and purging the valves with nitrogen gas to keep out moisture. The company is considering a long-term redesign of the valve.

The delays have been costly to Boeing. In addition to the $410 million charge it took in 2020, the company took an additional $185 million charge in October 2021 because of the additional work needed to get OFT-2 launched. While Boeing is also offering Starliner commercially, it has not announced any firm deals beyond its NASA contract.

“We’re focused first and foremost on getting safely back to flight and meeting our commitments to NASA, to our customer, and being able to bring this capability to NASA,” Michelle Parker, vice president and deputy general manager of space and launch at Boeing, said in a May 3 briefing when asked about the business case for Starliner.

She added the company had other prospects, notably Orbital Reef, the commercial space station concept being developed with Blue Origin and Sierra Space as the lead partners. Boeing is participating in the project, in part by offering Starliner for transporting crews to and from the station. “We expect there will be additional opportunities in the future.”

“We’re committed to the program,” she said. “Today, we’re really focused on getting back to flight safely.” 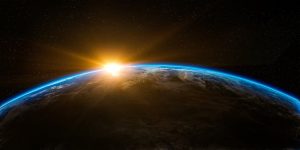 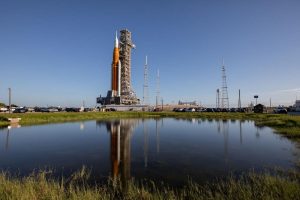 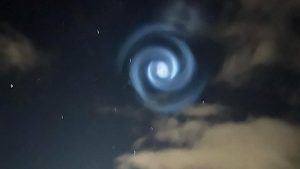