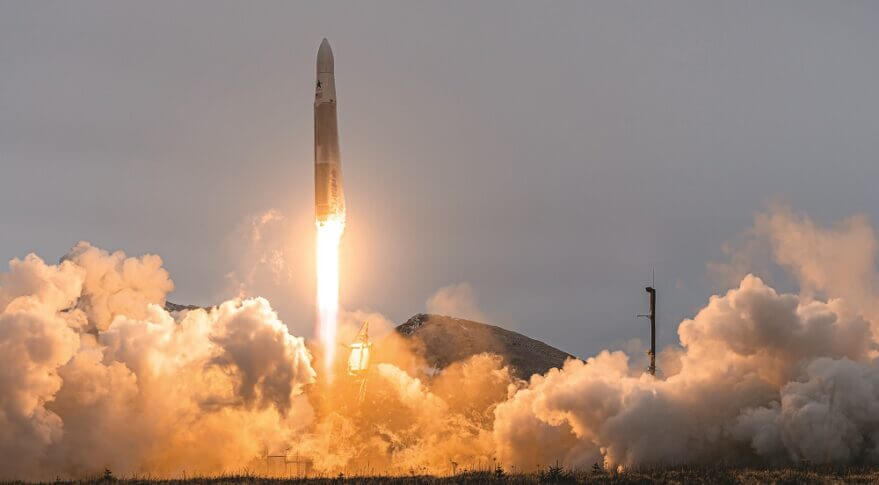 WASHINGTON — Small launch vehicle developer Astra will carry a test payload for the U.S. Space Force on its next attempt to reach orbit in August.

The company announced Aug. 5 that it had signed a launch agreement with the Defense Innovation Unit (DIU) for two launches of the company’s Rocket 3 vehicle. The first launch is scheduled for between Aug. 27 and Sept. 11 from Pacific Spaceport Complex – Alaska on Kodiak Island.

That launch will carry what the company described only as a “test payload” for the Defense Department’s Space Test Program, which provides flight opportunities for experimental payloads. The mission carries the designation STP-27AD1. A second launch under the same agreement is scheduled for later this year.

Astra performed two orbital launch attempts of its Rocket 3 vehicle last year. Its Rocket 3.1 vehicle suffered problems with its guidance system shortly after liftoff in September 2020, triggering a shutdown of its first-stage engines and causing the vehicle to crash back to Earth. Its Rocket 3.2 vehicle nearly reached orbit on a December 2020 launch, but its upper-stage engine shut down prematurely when it exhausted its fuel.

Despite failing to reach orbit, Astra has argued that the company demonstrated its ability to reach orbit because it needs to make only minor changes to achieve orbit. “In December 2020, we successfully launched Rocket 3.2 to an altitude of 380 km, demonstrating orbital launch capability,” the company stated several times in a registration statement filed with the Securities and Exchange Commission July 30.

“We’re excited to kick off a multi-launch campaign with the Space Force,” said Chris Kemp, chief executive of Astra, in a company statement. “This orbital demonstration launch allows our team to verify numerous upgrades to our launch system.”

In an interview in June, Kemp said that the company has more than 50 launches under contract, although at the time the only customers it had announced were Planet, whose imaging smallsats will fly on multiple launches in 2022, and NASA, which awarded the company two launch contracts for smallsat missions. The company wants to begin launches on a monthly basis in the fourth quarter, with long-term plans to perform launches on nearly a daily cadence.

Astra started trading on the Nasdaq exchange July 1 after completing a merger with Holicity, a special-purpose acquisition corporation. The merger raised nearly $500 million for Astra for the company to scale up its launch business as well as work on a line of satellites.

Shares in Astra, which trades under the ticker symbol ASTR, closed as high as $15.47 in the days after the merger closed, but has fallen over the last month, closing at just $8.25 per share Aug. 4. Shares were trading up by more than 30% in the hours after the deal was announced Aug. 5.