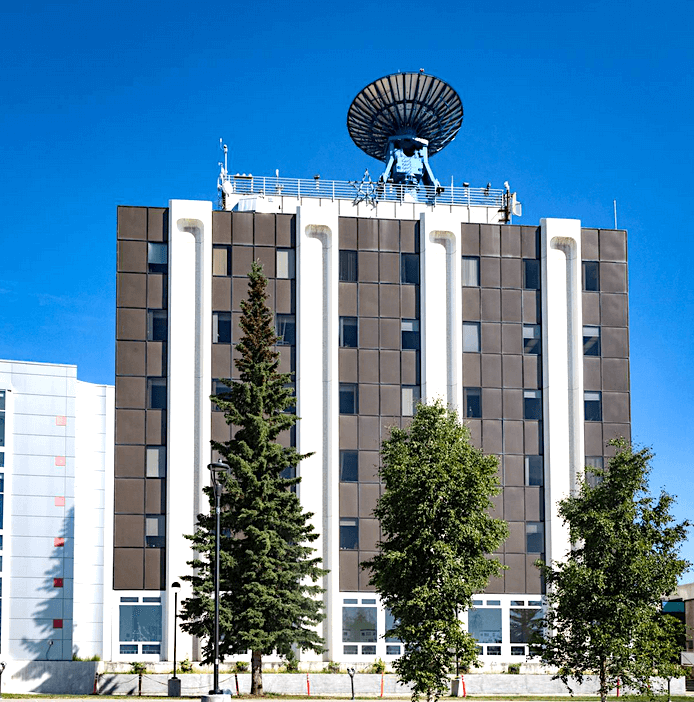 There’s a new director at Alaska Satellite Facility at the University of Alaska Fairbanks Geophysical Institute. Wade Albright has been with ASF since 1996, just five years after it became operational. He had been serving as interim director since late January 2022, when then-Director Nettie La Belle-Hamer left to become UAF vice chancellor for research.

“I’m proud to be associated with ASF because we’ve done such phenomenal things,” Albright said. “We’ve been so successful. And that’s because of the amazing staff at ASF.”

The Alaska Satellite Facility operates six satellite dish antennas, four of them for NASA, that downlink Earth-observing remote sensing data from polar-orbiting government and commercial satellites. Among those antennas is the iconic blue dish atop the Elvey Building, home of the Geophysical Institute.

ASF also processes and archives downlinked synthetic aperture radar data and makes it available to scientific users around the world. With SAR, an instrument aboard a satellite sends out energy and records the amount reflected back after interacting with the Earth.

SAR data has seen dramatic growth in the number of users since 2014, when the European Space Agency launched its Sentinel-1 satellite and made its SAR data freely available. ASF downlinks Sentinel-1 data under an agreement between the U.S. State Department and the European Commission.

A substantial amount of data downlinked by ASF also comes from the four antennas that the facility operates as NASA’s polar ground station. The service provides space communications to any federal agencies that work with NASA.

ASF is the top-rated Distributed Active Archive Center among the 12 such centers in NASA’s Earth Observing System Data and Information System. The ASF center is responsible for SAR data.

Albright credits ASF’s top rank to its staff and their efforts to make synthetic aperture radar data easier to use and access. SAR data serves numerous public and business purposes, such as crop classification and detection of surface water flooding and deformation of Earth’s surface.

ASF has made SAR data easier to use by developing tools that make Sentinel-1 data ready for analysis and just another layer in GIS applications.

“The ASF staff have written some amazing tools for using that data,” Albright said. “That’s been our mission for the past several years: to make SAR data easier to use.”

As director, Albright oversees a team of almost 100 people, a number that has almost doubled over the past five years due to additional contracts with NASA, other federal agencies and commercial entities.

That number may increase as the scope of ASF’s work grows with the launch of a satellite by NASA and the Indian Space Research Organization. The satellite will provide information about Earth’s changing ecosystems and surfaces, biomass, natural hazards, sea level rise and groundwater. It also will support a host of other applications, according to NASA.

“NASA has given us a lot of work, so we’ve had to add people, many of them software developers, to be able to keep up,” Albright said. “We’ve had tremendous growth.”

Albright said the Alaska Satellite Facility provides good jobs that embrace innovation and new technologies to advance Earth science. ASF will have a variety of needs and opportunities as it grows, he added. 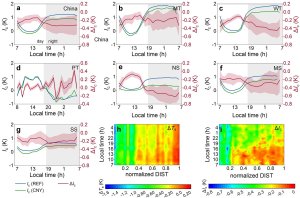