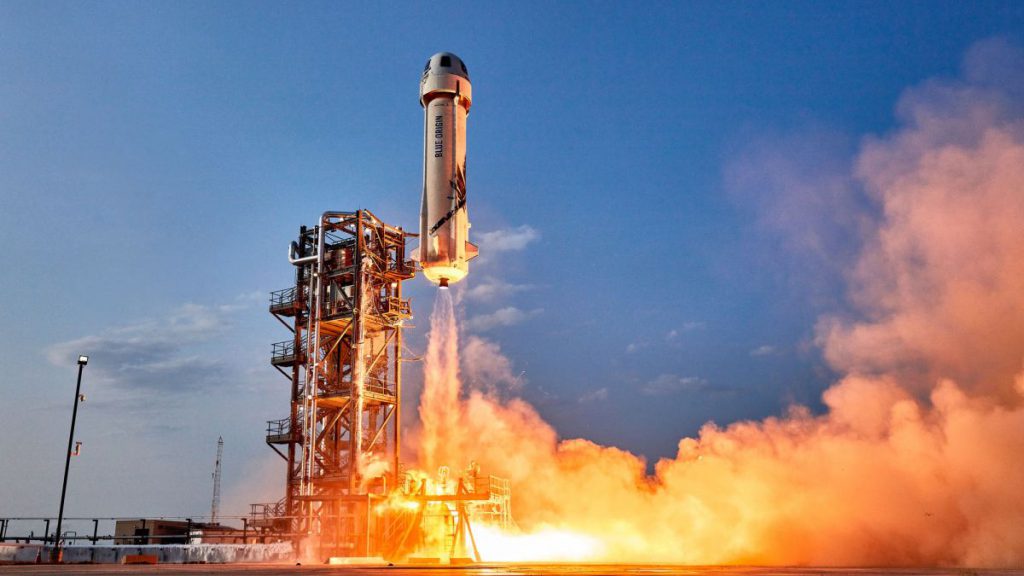 Update for 9 a.m. ET: Blue Origin reports it is in a brief hold for today’s launch. The clock is stopped at T-10 minutes and holding. See live mission updates.

Five paying customers will be flying to space Thursday. They are businessman Marty Allen; philanthropic couple Sharon Hagle and Marc Hagle; teacher and entrepreneur Jim Kitchen; and George Nield, the president of Commercial Space Technologies, LLC. Nield has a long history in the spaceflight field, previously serving as associate administrator for the Federal Aviation Administration’s Office of Commercial Space Transportation and manager of the Flight Integration Office for NASA’s space shuttle program.

Those five will be joined by longtime Blue Origin employee Gary Lai, the chief architect of the New Shepard vehicle. Lai took the seat of “Saturday Night Live” star Pete Davidson, who backed out after NS-20’s launch date was delayed from March 23 to Tuesday (March 29).

Tuesday had been the target, but predicted high winds on Tuesday and Wednesday (March 30) pushed the liftoff date back to Thursday.

New Shepard consists of a rocket and a capsule, both of which are reusable. New Shepard passengers experience three to four minutes of weightlessness during each suborbital mission, which lasts about 11 minutes from liftoff to the capsule’s parachute-aided touchdown.