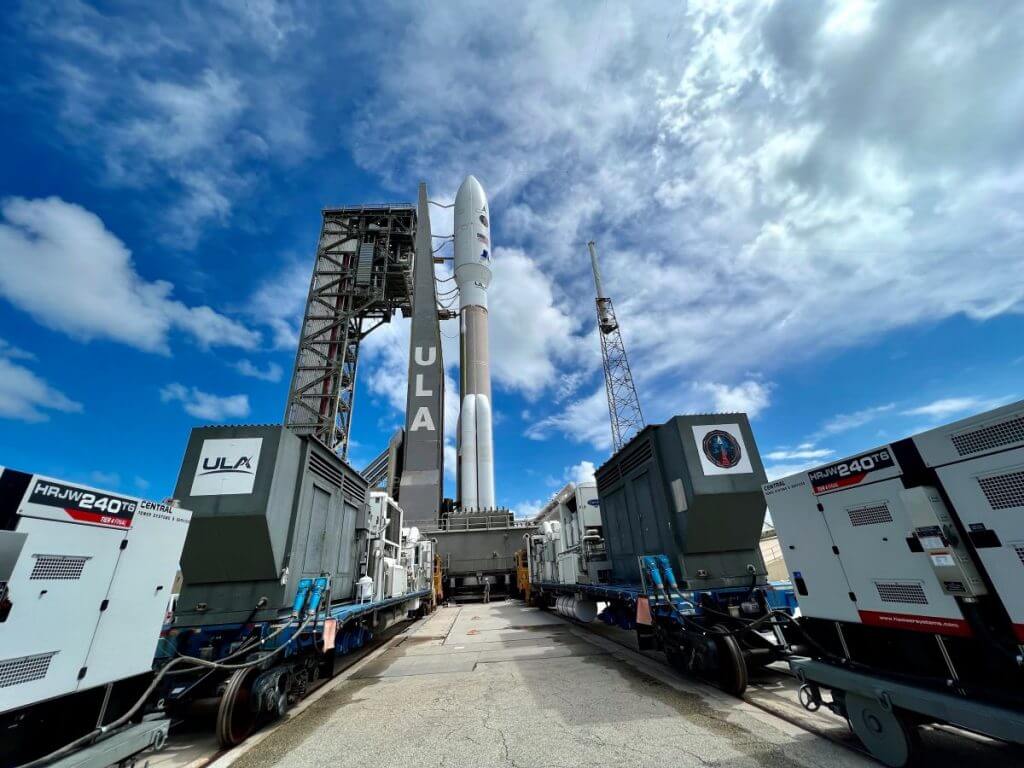 A United Launch Alliance (ULA) Atlas V rocket is scheduled to launch two satellites for the U.S. military on Thursday (June 30), and you can watch the action live.

The Atlas V is scheduled to lift off from Cape Canaveral Space Force Station in Florida on Thursday during a two-hour window that opens at 6 p.m. EDT (2200 GMT). Watch it live here at Space.com, courtesy of ULA, or directly via the company (opens in new tab).

The mission, designated USSF-12, will loft two satellites to a parking orbit more than 22,000 miles (about 35,400 kilometers) above Earth, where the duo will spend at least three years perfecting new capabilities in support of national defense.

Related: The most dangerous space weapons ever

A big focus for this mission is the Wide Field of View (WFOV) satellite, which is designed to advance missile warning capabilities being built into new space-based detection systems for the Space Force’s Space Systems Command (SSC). The second payload, dubbed the USSF-12 Ring, will carry several undisclosed payloads “to demonstrate future technology for the Department of Defense,” according to ULA’s website (opens in new tab).

Four years ago, Russia claimed that it had successfully completed tests of a hypersonic missile capable of traveling as fast as Mach 5 (five times the speed of sound). In March of this year, the first in-combat use of the missile was reported by Russia during its invasion of Ukraine. This is the type of weapon that WFOV is designed to protect against, Space Force officials said.

WFOV will be used to help perfect detection tracking algorithms to inform the SSC’s Next Gen Overhead Persistent Infrared program (OPIR). OPIR is poised to replace the current space-based missile sensing infrastructure, which was built and optimized for tracking ballistic missiles with predictable trajectories.

“We’re looking at a range of targets and missiles in the hypersonic domain that are far more maneuverable. They’re dimmer, harder to see, and that’s requiring a new approach to how we both detect and then track all of these missiles throughout their flight,” Denaro explained during the press briefing.

“We’re seeing these developments both in China and in Russia, and at a very fast pace to which we need to develop these overhead systems that are able to evolve to keep pace with those changing threats,” he added.

WFOV was built by Boeing subsidiary Millennium Space Systems and will be managed by NASA’s Ames Research Center during its three-to-five-year mission. It hosts an imaging sensor provided under a separate contract by L3Harris Technologies, a representative of which also joined Tuesday’s press briefing.

Joe Westbay, vice president and general manager for imaging systems and space and airborne systems at L3Harris, said the company’s contribution to WFOV will “significantly improve the ability to capture high-resolution imagery and other important battlefield information from space.”

The sensor aboard WFOV weighs more than 365 pounds (165 kilograms) and stands over 6 feet tall (about 2 meters). “The L3Harris payload can stare continuously at a theater of interest to provide ongoing information about the battle space,” Westbay said. “This is an improvement over legacy systems and will also provide better resolution sensitivity and target discrimination.”

Less information is available about USSF-12 Ring. The spacecraft rideshare bus was built by Northrop Grumman. According to Matt Verock, vice president of space security for Northrop Grumman, the satellite features six payload ports and its own propulsive capabilities. He says the design is a “standard ring” from the company’s ESPAStar models.

The specific payloads aboard the ring have not been disclosed, and the Department of Defense’s space test program director, Lt. Col. Jon Shea, offered few details about them.

“Once on orbit, these missions will deploy key pathfinders for future capabilities and deliver innovative technologies to help us advance our dollars to inform future missions,” Shea told press during Tuesday’s call.

The Atlas V 541 launching the spacecraft pair rolled out to Space Launch Complex 41 on Wednesday morning (June 29). The vehicle stack includes four solid rocket boosters and a 16.4-foot-wide (5 m) fairing — the largest available for an Atlas V — to protect the mission’s dual spacecraft. Liftoff is scheduled for 6 p.m. EDT (2200 GMT) on Thursday. The journey to their final geosynchronous destination will require three burns from Atlas V’s upper-stage Centaur engine and take about six hours.