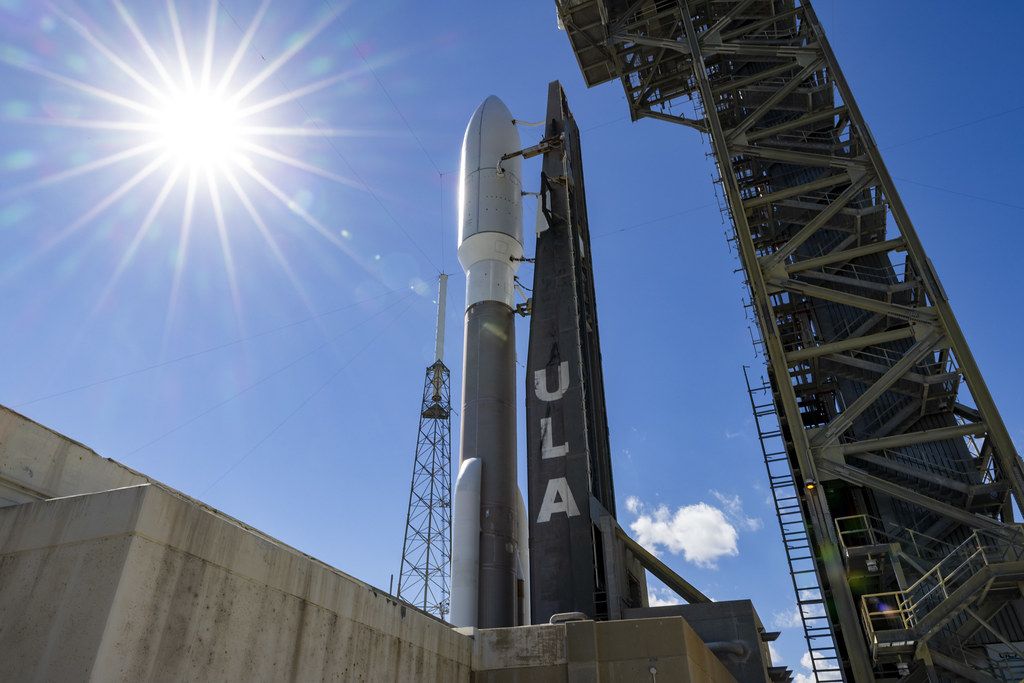 A 196-foot-tall (60 meters) Atlas V topped with the SES-20 and SES-21 spacecraft is scheduled to lift off Tuesday at 5:36 p.m. EDT (2136 GMT) from Cape Canaveral Space Force Station in Florida. Watch it live here at Space.com, courtesy of ULA, or directly via the company (opens in new tab).

If all goes according to plan, the rocket’s Centaur upper stage will deploy the twin SES-20 and SES-21 satellites into near-circular, near-geosynchronous orbits about 30 minutes apart. SES-21 will be the second of the two to separate, at roughly 6 hours and 20 minutes after liftoff.

Related: The history of rockets

The two spacecraft will then use their onboard propulsion systems to circularize their orbits, which will send them zooming around Earth about 22,300 miles (35,900 kilometers) above the equator, according to a ULA mission description (opens in new tab).

Once the satellites are established in those orbits and have been through a checkout period, SES-20 and SES-21 can begin doing what they were built to do — provide television broadcasting service across the United States for the Luxembourg telecom company SES.

“Built by Boeing with thousands of narrow and steerable beams and the ability to isolate interference sources, the two spacecraft provide SES and future customers the ability to expand, extend or even change a satellite’s coverage area and mission throughout its life,” ULA representatives wrote in the mission description.

“Proven hardware coupled with next-generation technology created an affordable and lightweight spacecraft, enabling two satellites to launch on a single rocket,” they added.

The Atlas V launch is part of a busy week in spaceflight. For example, SpaceX plans to launch the Crew-5 astronaut mission for NASA on Wednesday (Oct. 5) and two telecom satellites for the company Intelsat on Thursday (Oct. 6).

Three other missions are on tap for Thursday (Oct. 6) as well, including a Rocket Lab launch that will send to orbit a satellite built by the energy and technology firm General Atomics.

In addition, SpaceX plans to loft another big batch of its Starlink internet satellites in the coming days; the timing depends on whether or nor Crew-5 gets off the ground as planned on Wednesday, company representatives said via Twitter on Monday (opens in new tab) (Oct. 3).