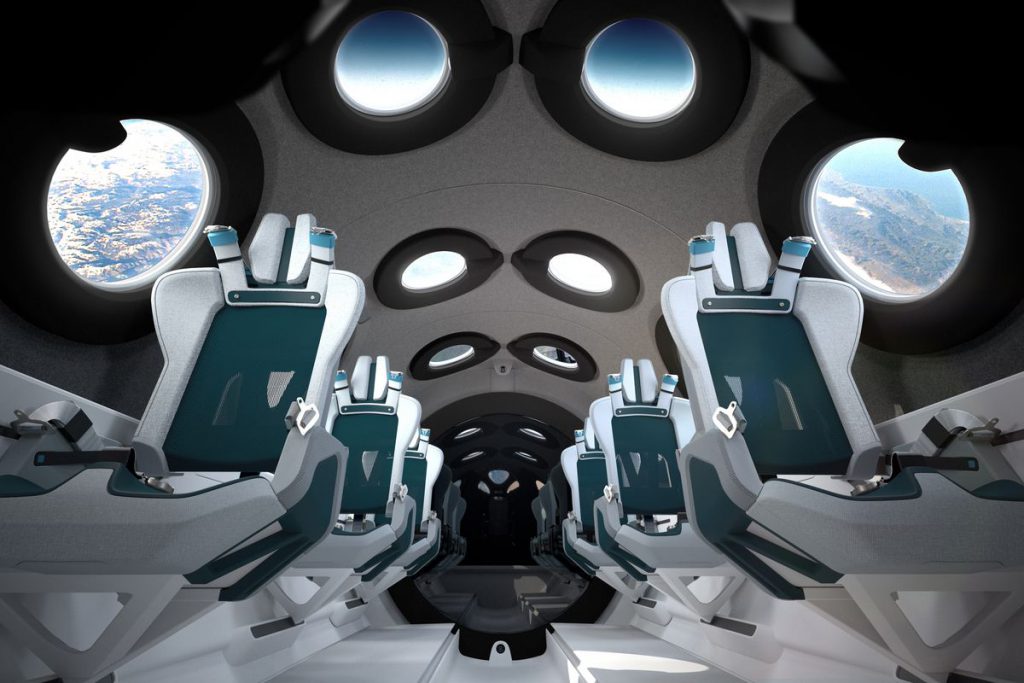 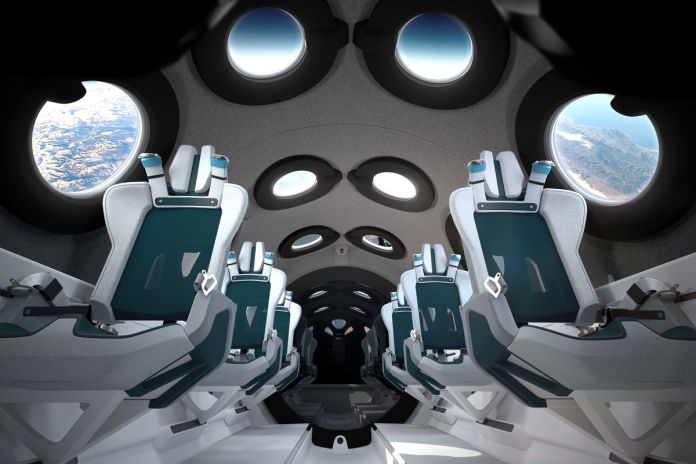 Virgin Galactic has revealed the interior of its centrepiece space plane, showing off a cabin with new custom seats and a “space mirror” in a virtual tour of what its passengers can expect to experience on flights to the edge of space.

For $250,000 a ticket, passengers who have signed up for the suborbital flight aboard the air-launched plane VSS Unity will strap into six tailored seats and be able to peer out of the cabin’s 12 circular windows as they ascend 97km (60 miles) above Earth. The plane has five other windows.

Virgin Galactic chief space officer George Whitesides said passengers could unbuckle themselves at peak altitude to float around the cabin in zero-gravity conditions.

The company has 600 customers signed up to fly and at least 400 more who have expressed interest, Whitesides said. No date has been set for its first commercial space flight. British founder Sir Richard Branson is expected to be aboard.

Virgin Galactic has never made a profit and has been plagued by successive delays. Branson said last year he hoped to make the first trip “in months, not years” after securing GBP60m of deposits.

The cabin also features a large, circular mirror in the back “to allow our customers to see themselves in space in a way that has really never been done before,” Whitesides said.

The plane, attached to a bigger carrier plane, is intended to take off from the company’s New Mexico spaceport and detach mid-air to launch further toward the edge of space in a trip lasting 90 minutes.

Virgin Galactic is vying for space tourism supremacy with the SpaceX project launched by the Tesla founder, Elon Musk, and the Blue Origin venture headed by Amazon’s Jeff Bezos, the world’s richest person.

Branson floated the business on the stock market in October, securing $450m of funding through a merger with Social Capital Hedosophia, an investment vehicle run by the former Facebook executive Chamath Palihapitiya.

Reuters contributed to this report