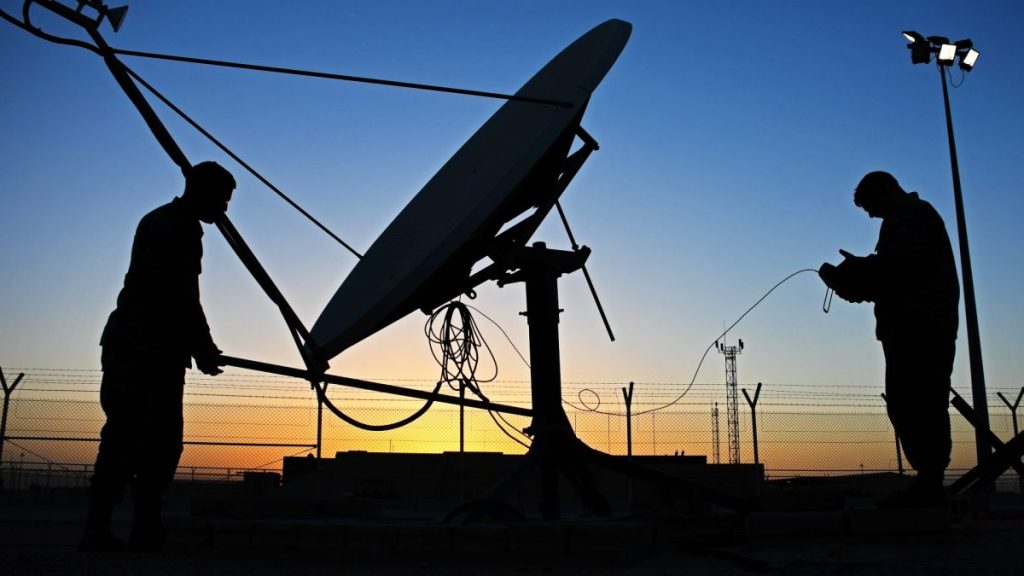 The training, known as “Black Skies,” is part of a new series of exercises designed to focus on specific skills in which Space Force expects its guardians to be proficient, according to a report published by Breaking Defense (opens in new tab). Following Black Skies, which is focused on satellite jamming, the service will conduct “Red Skies” to train in orbital warfare, followed by “Blue Skies,” which will focus on cyber warfare.

The training comes as both ground-based and orbital threats to private and U.S. military-owned satellites continue to proliferate, threatening to turn space into a battlefield in the event of a major conflict between space-faring nations.

According to Breaking Defense’s report, the exercise involved the use of a commercial satellite leased from a private firm to serve as a training target. It was not stated which company allowed its satellite to be jammed.

Maj. Gen. Shawn Bratton, commander of Space Training and Readiness Command (STARCOM), told Breaking Defense that STARCOM is looking into whether or not it can acquire its own satellites to serve as dedicated “live fire” training exercises like Black Skies. The command is exploring partnering with universities that operate their own cubesats to build out a fleet of target satellites. “We’re in planning, and trying to find the right way forward,” Bratton said.

—  US launches unarmed ballistic missile from Vandenberg Space Force Base

As militaries worldwide continue to depend on satellites for critical intelligence, communications, and early warning systems, it’s no surprise that the ability to jam or otherwise disrupt them is becoming a top priority for armed forces worldwide.

U.S. Space Force officials have previously reported that GPS satellites have been jammed throughout Russia’s ongoing invasion of Ukraine. “Ukraine may not be able to use GPS because there are jammers around that prevent them from receiving any usable signal,” Gen. David Thompson, the Space Force’s vice chief of space operations, said in April 2022. “Certainly the Russians understand the value and importance of GPS and try to prevent others from using it.”