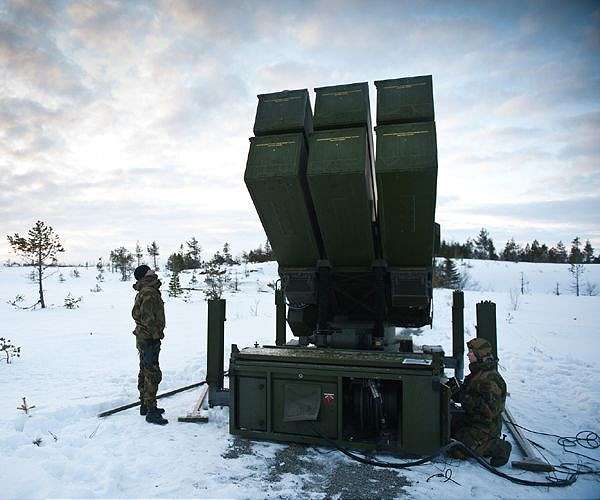 The United States is pressing allies to hastily build for Ukraine a patchwork air defense network using NATO-compatible equipment — some ultra-modern, others older — to protect strategic targets from Russian strikes.

The effort was given added urgency after Moscow pummeled Ukraine with missiles this week, damaging energy facilities nationwide and leaving at least 20 people dead.

“What the (Ukrainian) leadership described that they needed yesterday most was air defense capability,” US Defense Secretary Lloyd Austin said in Brussels on Thursday, a day after a meeting of 50 allied countries who coordinate their military support for Kyiv.

In order to protect Ukraine from Russia’s varied threats, however, it will be necessary to build air defenses made up of multiple layers, says the top US military officer, General Mark Milley.

These three levels will protect major cities and key infrastructure in Ukraine from Russian ballistic and cruise missiles as well as drones.

“That doesn’t control all the airspace over Ukraine, but they are designed to control priority targets that Ukraine needs to protect,” Milley said during a news conference.

Washington has promised to provide Ukraine with the short- to medium-range, medium-altitude NASAMS air defense system, with the first two arriving soon.

It has also ordered six more from manufacturer Raytheon, but those deliveries may not occur for two to three years.

Germany has delivered the first of the latest-generation Iris-T defense systems, but Kyiv will have to wait until next year for three others that have been promised. The medium-range, high-altitude Iris-T system is designed to protect a small city.

To accelerate the process, the United States urged its allies on Wednesday to provide their available anti-aircraft equipment — even if it is older — as long as it meets NATO standards.

Spain was the first to respond positively to that call: it will send Ukraine four medium-range Hawk surface-to-air systems, which first went into service during the Cold War but have been modernized over the years.

They are no longer used by the US military, which has replaced them with more modern Patriot units, but Spain has refurbished some in recent years to extend their life.

President Emmanuel Macron announced Wednesday that France would provide “radars, systems and missiles to protect (the Ukrainians) from these attacks.”

He did not specify the type of anti-aircraft defenses planned, but a US military official mentioned the SAMP/T high-altitude system known as “Mamba,” which is in service in France, Italy and Singapore and is a European competitor to the US Patriot.

The French-Italian-designed system is currently part of NATO’s air defenses.

“The Italians are apparently willing to see what can be given in terms of SAMP-T, but all this is very complex,” the French presidency said Thursday, adding that it is “a work in progress.”

Paris has also provided the short-range Crotale system, it added.

Britain announced Wednesday that it was sending AMRAAM missiles, which are launched by the US-supplied NASAMS.

According to a US military official speaking on condition of anonymity, Washington is also interested in the option of the Spada 2000 system, which like Mamba is manufactured by Europe’s MBDA.

It is a modernized version of a medium-altitude and range system in service since the 1980s in Italy. It has also been sold to Kuwait, Spain and Pakistan.

The US military does not have enough to supply them to Kyiv, but Washington is lobbying other countries that have them to participate in the effort, and is also trying to convince Israel to provide parts of its Iron Dome system.

Once the systems are provided, Ukrainian forces will need to be trained on their use, and will have to “make sure that they can link together with the command-and-control and communication systems and make sure they have radars that can talk to each other so that they can acquire targets,” he said.

“It’s quite complicated from a technical standpoint,” Milley added.

Ukraine’s international supporters have held talks at the NATO headquarters in Brussels with the focus on air defences after Moscow unleashed a blitz across Ukraine following a blast at a bridge to the annexed Crimea peninsula.

Stoltenberg said the older Hawk launchers from Madrid would complement more modern systems being supplied by Germany, France and the United States.

“We have seen that when we mobilise, when we call on NATO allies to do more, they’re actually doing more, and that’s making a huge difference,” Stoltenberg said after the NATO defence ministers meet.

“We would encourage the rest of our allies to dig deep and provide additional capability as well,” he said.

There has not yet been any formal public announcement from the Spanish authorities.

Western allies are struggling to work out how to supply more advanced systems to Ukraine as diplomats admit they have precious few to spare.

American Hawk surface-to-air systems originally came into service during the Cold War and are no longer in use by the US military after being superseded by more modern Patriot units.

Spain has refurbished some of its Hawk systems in recent years to extend their shelf life. 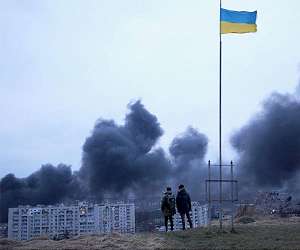 
The missiles that sowed death and destruction in the Ukrainian capital for the first time in almost four months came in frightening roars early Monday.

The explosions smashed and shook buildings, burst water mains, left craters and torched automobiles – jarring Kyiv’s nearly three million people, including jolting some out of their sleep, as the city began its work week.

“I’m very shocked,” said 22-year-old Ivan Poliakov sitting on a park bench where he was so angry he struggled for his words. … read more