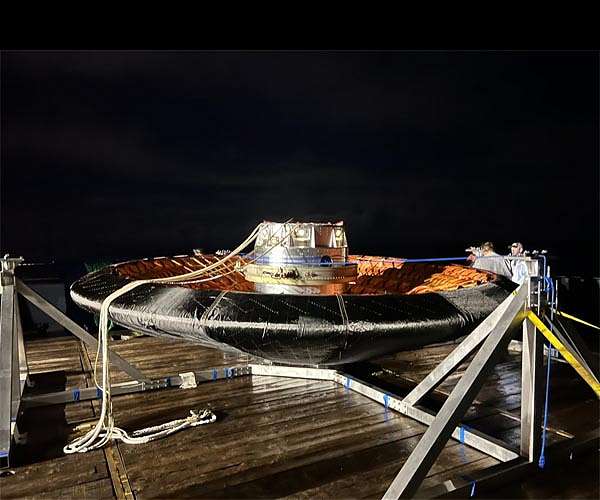 United Launch Alliance has successfully launched the third in a series of polar-orbiting weather satellites for the National Oceanic and Atmospheric Administration (NOAA) at 1:49 a.m. PST Thursday, as well as a NASA technology demonstration misison on a ULA Atlas V rocket from Vandenberg Space Force Base in California.

Mission managers for NOAA’s JPSS-2 confirm the satellite is now in Sun acquisition mode (initial operations mode) with the solar array fully deployed. The operations team will continue to evaluate an earlier solar array deployment issue, but at this time, the satellite is healthy and operating as expected. The team has resumed normal activities for the JPSS-2 mission.

“NOAA is an important partner for NASA in providing essential data about climate change, weather prediction, and environmental modeling for the benefit of citizens both in the U.S. and around the world,” said NASA Associate Administrator Bob Cabana. “Our Launch Services Program has successfully launched its 100th primary mission, and on this same flight enabled us to test a new technology for atmospheric re-entry with the LOFTID demonstration.”

“Exploring the unknowns of our planet to the benefit of our fellow citizens is in our DNA,” said Thomas Zurbuchen, associate administrator for NASA’s Science Mission Directorate. “The data that JPSS-2 will send back to our NASA and NOAA scientists on the ground will be critical in saving lives both on Earth and in space.”

The JPSS fleet will assist with weather forecasting, help predict extreme weather events, and help track and monitor climate change. JPSS-2 will be renamed NOAA-21 when it reaches its final orbit. The instruments will start collecting data about a month after launch.

“As partners, NOAA and NASA have successfully launched more than 60 satellite missions that have significantly improved weather forecasts, solar monitoring, and climate prediction,” said Steve Volz, director of NOAA’s Satellite and Information Service. “Launching JPSS-2 is just the latest example of what our collective agencies can achieve for the benefit of the Nation and the world at large.”

Following JPSS-2’s deployment, the LOFTID heat shield autonomously inflated and re-entered Earth’s atmosphere, splashing down about 500 miles off the coast of Hawaii just over two hours and ten minutes after launch.

Inflatable heat shields – also known as aeroshells – could enable landing heavier payloads on worlds like Mars, Venus, and Saturn’s moon Titan, as well as returning large components and samples to Earth. Inflatable aeroshells are not limited by the diameter of a launch vehicle fairing, so they can be made much larger than conventional rigid aeroshells. Larger aeroshells provide more drag, allowing them to slow heavier payloads for atmospheric entry – such as the many tons of equipment required for crewed missions to Mars.

“Proving new technologies through flight test is one of the main ways we expand capabilities for future missions,” said Jim Reuter, associate administrator for NASA’s Space Technology Mission Directorate. “We were pleased to work with our ULA, NASA science, and NOAA colleagues to perform this technology demonstration in conjunction with JPSS-2’s launch.”

NOAA funds and manages the JPSS Program, operations, and data products. On behalf of NOAA, NASA develops and builds the instruments and spacecraft and launches the satellites. NASA developed the ground system, which NOAA operates and maintains. NASA’s Launch Services Program, based at the agency’s Kennedy Space Center in Florida, managed the launch service.

LOFTID is a partnership between NASA and ULA. The mission is dedicated to the memory of Bernard Kutter, manager of advanced programs at ULA, who passed away in August 2020 and was an advocate for technologies like LOFTID that can lower the cost of access to space. 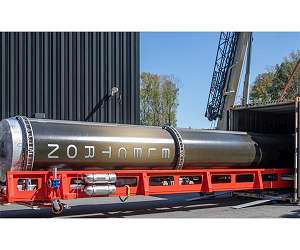