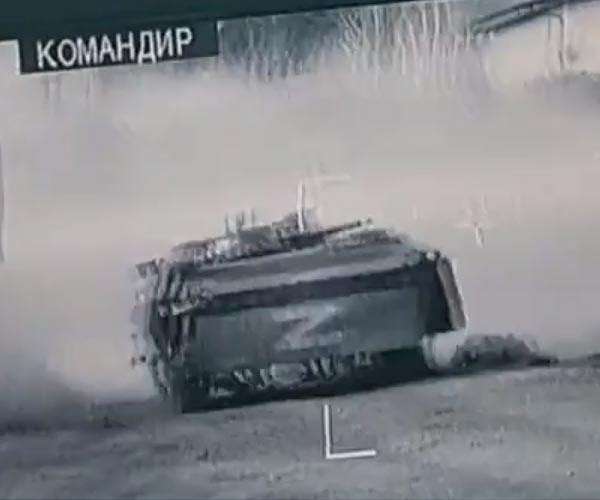 Ukraine’s war against Russian has entered a new phase made possible by the supply of Western weapons, the country’s defence minister said in an interview published Monday.

“The counter-offensive is the third phase” of Ukraine’s plan to retake positions beginning in the south and north, Oleksii Reznikov told French daily Le Monde.

The first phase was an attempt to dissuade Russia from pressing its attack, while the second aimed at “stabilising the front and testing their capacities for resilience”.

“Our army chiefs have conceived a plan in function of the weapons we have received from our partners: we started by using the HIMARS mobile artillery systems [from the US] to cut off enemy supply lines and destroy fuel and weapon depots,” he said.

France has also recently promised a new package of aid, he said. “I can’t give the details but they are very good elements, I’m satisfied.”

Ukrainian armed forces say they have recaptured dozens of cities and settlements since the weekend, including the key city of Izyum.

The government also accused Russian forces of targeting the electricity grid as they retreat, causing widescale power cuts in the east.

“This is going to proceed in a series, with episodes: There will be two episodes like this one,” Reznikov said.

“It’s going to be like a snowball, it’s going to start rolling and rolling, getting bigger and bigger… and we’re going to see the world’s second-largest army forced to retreat.”

He reiterated his insistence that a Ukrainian victory would mean a full recovery of territories seized by Russia, including Crimea, annexed by Russia in 2014.

He said Ukraine was also seeking “a clear blueprint for reparations payments by the Russians and the establishment of responsibility for war crimes”.

Thousands of civilians have been killed in the fighting, which has taken a new turn over the past week, as Ukrainian forces drive Russian forces from key eastern towns in a swift counter-offensive.

He says this is to protect the Russian-speaking, self-declared separatist republics of Lugansk and Donetsk in the east of Ukraine, whose independence he has just recognised.

He says he wants to “de-Nazify” Ukraine, a former Soviet republic and demands a guarantee it will never join NATO.

A full-scale invasion starts, with air and missile strikes on several cities.

Ukrainian President Volodymyr Zelensky pledges to stay in the capital, Kyiv, to lead the resistance.

The West imposes unprecedented sanctions on Russia. The European Union and United States send weapons to Ukraine. The aid pledged by Washington rises into the billions.

Russian troops attack Ukraine’s south coast, seizing most of Kherson, a strategic region crucial for agriculture and close to the Russian-annexed Crimean Peninsula.

A month into the fighting, Russia withdraws from the Kyiv area and the north to focus on the eastern industrial Donbas region (Lugansk and Donetsk), partly held by separatists, along with the south.

On April 2 and 3, the corpses of dozens of civilians are discovered on the streets and in shallow graves in the Kyiv suburb of Bucha, which Russian forces had occupied, sparking an international outcry.

Since the start of the war, Russia has besieged and relentlessly bombed the strategic southeastern port city of Mariupol, particularly its vast Azovstal steelworks.

Bodies pile up in cellars where residents hide out for weeks.

On May 21, Russia announces it is in full control of the city, after the Ukrainian troops that held out for weeks at Azovstal surrender.

Sweden and Finland apply to become members of NATO, fearing they could be future targets of Russian aggression.

In June, all eyes are on the Donbas, where Russia harnesses its superior firepower to take the city of Severodonetsk after one of the bloodiest battles of the war.

Shortly after they take the neighbouring city of Lysychansk, as Ukraine pleads for more heavy weapons from the West.

On July 22, Kyiv and Moscow sign a deal to resume grain exports from Ukraine, Europe’s breadbasket, in a bid to relieve a global food crisis caused by Russia’s blockade of the country’s ports.

Ten days later, the first official shipment of grain since the invasion leaves Odessa with 26,000 tonnes of maize on board.

The breakthrough on grain, brokered by the United Nations and Turkey, is overshadowed by the escalating gas dispute between Russia and Europe.

Russian energy giant Gazprom slashes its supply to Europe through the Nord Stream pipeline before turning off the tap altogether, prompting a spike in gas prices and fears of shortages this winter.

In August, concerns mount over the Russian-occupied Zaporizhzhia nuclear power plant in southern Ukraine. Constant shelling of the area raises the spectre of a nuclear disaster.

UN inspectors arrive at Zaporizhzhia — Europe’s largest nuclear power plant — on September 1 and call for a security zone to be set up around it.

As the US and EU step up their supplies of heavy weapons, Kyiv launches a major offensive to retake the city of Kherson in the south.

On Sunday, Ukraine claims it has retaken more than 3,000 square kilometres (1,158 square miles) of terrain in a second, lightning counter-offensive around Kharkiv in the northeast which appeared to catch Russia off guard.

On Monday, the military says it has recaptured 20 more settlements in 24 hours.

The reaction in Moscow is muted but a map released by the defence ministry confirms a major withdrawal from the Kharkiv region. 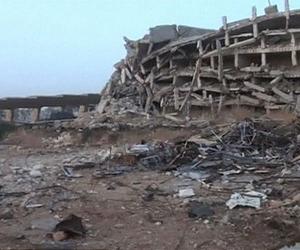 
Flights were to resume from Aleppo Friday after repairs were carried out to Syria’s second largest airport following an Israeli air strike earlier this week.

Damage to the main runway in Tuesday’s raid had put the airport out of service but the transport ministry said repairs had now been completed and the airport was ready to reopen.

In a statement carried by the state SANA news agency, the ministry said that air traffic would resume from midday (0900 GMT).