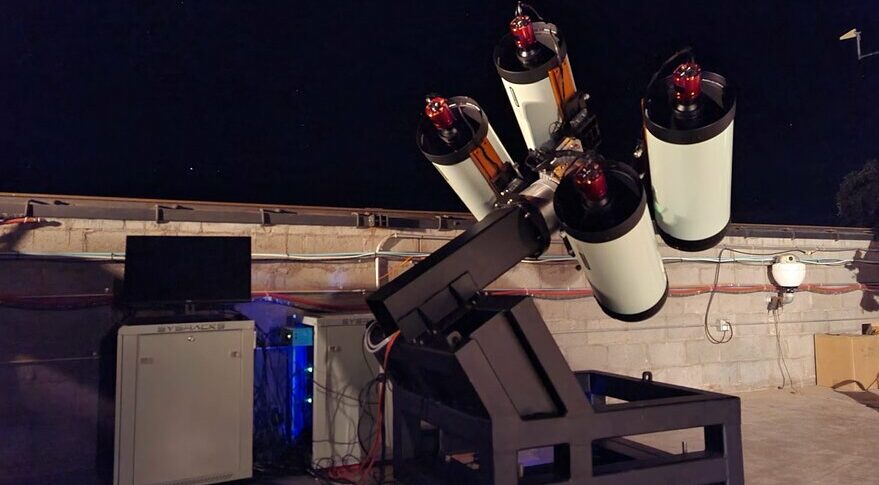 “We’ve been using Celestron’s RASA telescopes in our space domain awareness and asteroid prospecting systems, and we found them to be very affordable, high-quality optical systems,” Joel Sercel, TransAstra founder and CEO, told SpaceNews. “We looked at the designs and we realized it would not be that hard to adapt them for space use.”

Over the next year, TransAstra plans to modify the RASA telescope design and substitute materials to produce a telescope that can withstand radiation exposure, temperature swings, and the vibration and shock loads of space launch.

With three or four inexpensive telescopes mounted on satellites, aerospace companies or government agencies could monitor space traffic and pinpoint space debris, Sercel said. “We have designs for space domain awareness sensors that would allow you to see targets the size of a toaster from medium-Earth orbit out well beyond the moon,” he added.

Celestron engineers have long recognized that their RASA telescopes “are great for satellite tracking and space situational awareness,” said Celestron CEO Corey Lee. “But at the same time, we needed a partner who has the necessary experience and software expertise to expand into the arena.”

In August, TransAstra announced a partnership with online astronomy platform Slooh to offer U.S. schools access to a global network of ground-based and space-based telescopes. TransAstra operates Sutter telescopes at the Winer Observatory in Arizona and at the Sierra Remote Observatory in California.