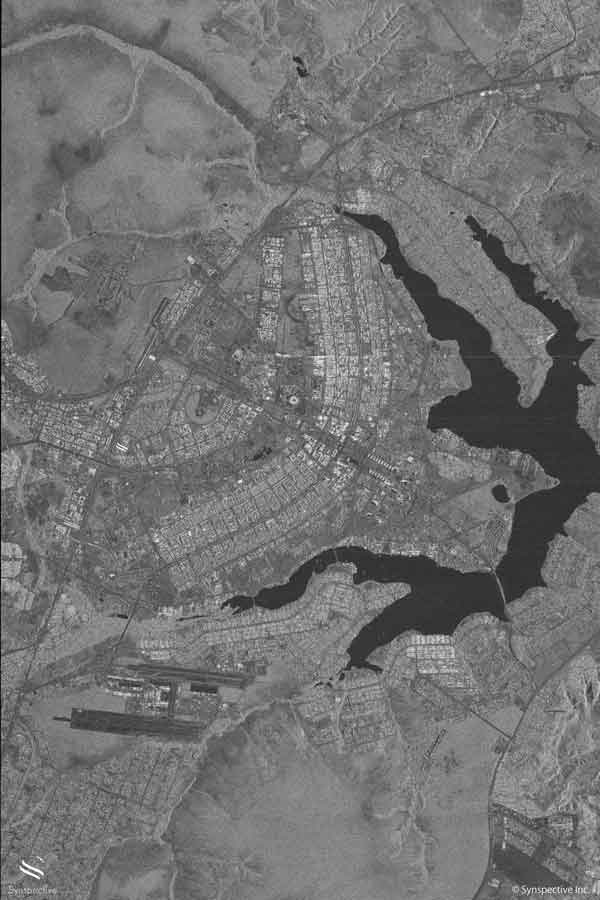 Moves toward establishing a full constellation

“StriX-β” was launched by Rocket Lab’s Electron from New Zealand’s Mahia Peninsula launch site on March 1, 2022 (JST) and put into target orbit at an altitude of 561km in a sun-synchronous orbit (SSO). Since then, it has been operating effectively and has imaged cities around the world, including in Manila, Philippines, Brasília, Brazil, and Rotterdam, The Netherlands.

We are going to launch our first commercial prototype “StriX-1” later this year. As a result, we will further accelerate the improvement of operation technology for multiple satellites, strengthen data services, and advance analysis technology.

We are also going to launch three more SAR satellites in 2023. We are aiming to build a constellation of 30 SAR satellites by around 2026, making it possible to observe natural disasters occurring anywhere in the world within 2 hours (within 24 hours with six satellites). Furthermore, we are developing a solution that automatically analyzes the satellite data and realizes an early understanding of the situation in the event of a disaster. In addition to the constellation, we intend to dramatically improve the world’s disaster response capabilities.

We would like to express our sincere gratitude to the Synspective members and everyone who participated in the successful data acquisition from our second demonstration SAR Satellite, “StriX-β”. With the successful launch, orbit insertion, and image acquisition of the “StriX-β”, Synspective will have two satellites in space (including “StriX-α” launched in 2020) and we are making great strides toward establishing a full constellation. The subsequent “StriX-1” is already undergoing testing and preparations for launch, and we are beginning to shift from technology verification to business expansion.

The need for SAR satellite data and solutions has increased over the last few years in the area of infrastructure development, disaster mitigation, and security. We will respond promptly to these needs and continue to strive toward realizing a “learning world”.

We all are pleased that the process from the successful launch and orbit insertion on March 1 to the first image acquisition has been very smooth and consistent, and we would like to thank everyone who participated in this project.

Moving forward, the challenges will change, from the technical challenge of developing a small SAR satellite to establishing a business by improving the quality of service provision to customers and building systems and processes aimed at producing a large number of aircraft. We will cooperate with many colleagues and partners and make further efforts in areas that go beyond the conventional concept of space development, so please look forward to it.

Synspective provides one-stop solutions using satellite observation data to steadily move the world forward. Applying the results of the ImPACT program (led by the Government of Japan, Cabinet Office), Synspective is building a constellation of 30 high-frequency, high-resolution SAR satellites to provide data and solutions to government and commercial outfits.