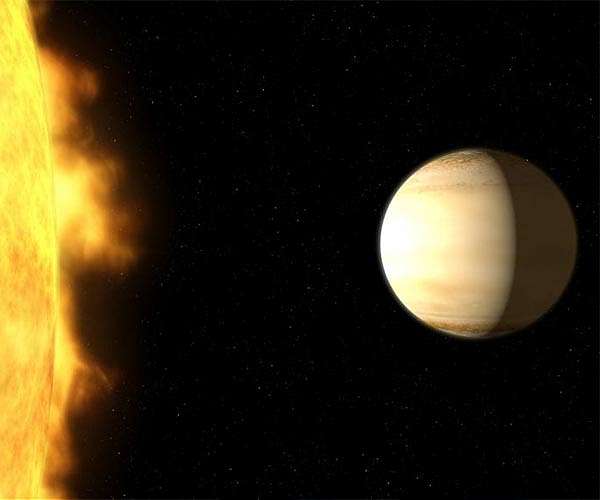 In the time since the first exoplanet was discovered in 1992, astronomers have detected more than 5,000 planets orbiting other stars. But when astronomers detect a new exoplanet, we don’t learn a lot about it: we know that it exists and a few features about it but the rest is a mystery.

To sidestep the physical limitations of telescopes, Stanford University astrophysicists have been working on a new conceptual imaging technique that would be 1,000 times more precise than the strongest imaging technology currently in use. By taking advantage of gravity’s warping effect on space-time, called lensing, scientists could potentially manipulate this phenomenon to create imaging far more advanced than any present today.

In a paper published on May 2 in The Astrophysical Journal, the researchers describe a way to manipulate solar gravitational lensing to view planets outside our solar system. By positioning a telescope, the sun, and exoplanet in a line with the sun in the middle, scientists could use the gravitational field of the sun to magnify light from the exoplanet as it passes by. As opposed to a magnifying glass which has a curved surface that bends light, a gravitational lens has a curved space-time that enables imaging far away objects.

“We want to take pictures of planets that are orbiting other stars that are as good as the pictures we can make of planets in our own solar system,” said Bruce Macintosh, a physics professor at in the School of Humanities and Sciences at Stanford and deputy director of the Kavli Institute for Particle Astrophysics and Cosmology (KIPAC). “With this technology, we hope to take a picture of a planet 100 light-years away that has the same impact as Apollo 8’s picture of Earth.”

The catch, at present, is that their proposed technique would require more advanced space travel than is currently available. Still, the promise of this concept and what it could reveal about other The perks of light bending Gravitational lensing wasn’t experimentally observed until 1919 during a solar eclipse. With the moon obstructing the light from the sun, scientists were able to see stars near the sun offset from their known positions. This was unequivocal proof that gravity could bend light and the first observational evidence that Einstein’s theory of relativity was correct. Later, in 1979, Von Eshleman, a Stanford professor, published a detailed account of how astronomers and spacecraft could exploit the solar gravitational lens. (Meanwhile, astronomers including many at Stanford’s KIPAC now routinely use the powerful gravity of the most massive galaxies to study the early evolution of the universe.)

But it wasn’t until 2020 that the imaging technique was explored in detail in order to observe planets. Slava Turyshev of California Institute of Technology’s Jet Propulsion Laboratory described a technique where a space-based telescope could use rockets to scan around the rays of light from a planet to reconstruct a clear picture, but the technique would require a lot of fuel and time.

Building on Turyshev’s work, Alexander Madurowicz, a PhD student at KIPAC, invented a new method that can reconstruct a planet’s surface from a single image taken looking directly at the sun. By capturing the ring of light around the sun formed by the exoplanet, the algorithm Madurowicz designed can undistort the light from the ring by reversing the bending from the gravitational lens, which turns the ring back into a round planet.

Madurowicz demonstrated his work by using images of the rotating Earth taken by the satellite DSCOVR that sits between Earth and the sun. Then, he used a computer model to see what Earth would look like peering through the warping effects of the sun’s gravity. By applying his algorithm to the observations, Madurowicz was able to recover the images of Earth and prove that his calculations were correct.

In order to capture an exoplanet image through the solar gravitational lens, a telescope would have to be placed at least 14 times farther away from the sun than Pluto, past the edge of our solar system, and further than humans have ever sent a spacecraft. But, the distance is a tiny fraction of the light-years between the sun and an exoplanet.

“By unbending the light bent by the sun, an image can be created far beyond that of an ordinary telescope,” Madurowicz said. “So, the scientific potential is an untapped mystery because it’s opening this new observing capability that doesn’t yet exist.”

Sights set beyond the solar system Currently, to image an exoplanet at the resolution the scientists describe, we would need a telescope 20 times wider than the Earth. By using the sun’s gravity like a telescope, scientists can exploit this as a massive natural lens. A Hubble-sized telescope in combination with the solar gravitational lens would be sufficient to image exoplanets with enough power to capture fine details on the surface.

“The solar gravitational lens opens up an entirely new window for observation,” said Madurowicz. “This will allow investigation of the detailed dynamics of the planet atmospheres, as well as the distributions of clouds and surface features, which we have no way to investigate now.”

Madurowicz and Macintosh both say that it will be a minimum of 50 years before this technology could be deployed, likely longer. In order for this to be adopted, we will need faster spacecraft because, with current technology, it could take 100 years to travel to the lens. Using solar sails or the sun as a gravitational slingshot, the time could be as short as 20 or 40 years. Despite the timeline’s uncertainty, the possibility to see whether some exoplanets have continents or oceans, Macintosh said, drives them. The presence of either is a strong indicator that there may be life on a distant planet.

“This is one of the last steps in discovering whether there’s life on other planets,” Macintosh said. “By taking a picture of another planet, you could look at it and possibly see green swatches that are forests and blue blotches that are oceans – with that, it would be hard to argue that it doesn’t have life.” 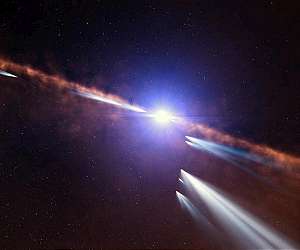 Discovery of 30 exocomets in a young planetary system


For the past thirty years, the star ss Pictoris has fascinated astronomers because it enables them to observe a planetary system in the process of formation. It is made up of at least two young planets, and also contains comets, which were detected as early as 1987.

These were the first comets ever observed around a star other than the Sun. Now, an international research team headed by Alain Lecavelier des Etangs, CNRS researcher at the Institut d’Astrophysique de Paris (CNRS/Sorbonne Universite)1 … read more