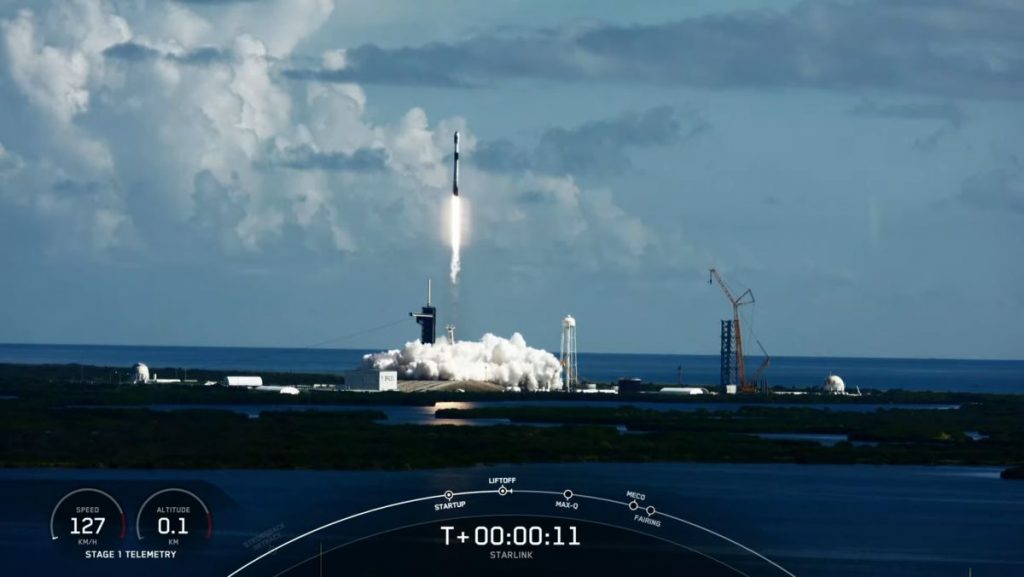 SpaceX launched a batch of Starlink satellites on Sunday (July 24) in what was the fifth launch for the program in July alone, and the company’s 33rd launch of 2022.

SpaceX launched 53 Starlink internet satellites loaded aboard the Falcon 9 rocket that lifted off at 9:38 a.m. EDT (1338 GMT) from the Kennedy Space Center (KSC) in Florida.

At roughly eight minutes and 45 seconds after liftoff, the Falcon 9’s first stage made a successful landing on the droneship A Shortfall of Gravitas stationed nearby in the Atlantic Ocean.

This Starlink launch follows a successful effort from Vandenberg Space Force Base in California Friday (July 22).

That blastoff brought 46 Starlink satellites to orbit, and the rocket’s first stage softly touched down on a drone ship in the Pacific Ocean 8.5 minutes after launch. It was the second attempt to launch Starlink Group 3-2 to orbit following an abort induced by the Falcon 9 rocket at T-46 seconds on Thursday (July 21).

SpaceX’s last Starlink launch from the east coast took place about a week ago on Sunday (July 17), from Cape Canaveral Space Force Station just down the road from KSC.

— SpaceX Starlink internet: Costs, collision risks and how it works

Starlink, the satellite Internet service from SpaceX, includes roughly 2,900 Starlink satellites (opens in new tab) launched to date. Starlink Group 4-25 adds on to previous launches this month from both the west and east coasts of the United States.

The company is working to amp up service quickly. It has regulatory approval to put at least 12,000 Starlink in orbit and is asking for an international regulator to loft another 30,000 satellites after that.

Editor’s note: This story was updated at 9:57 p.m. EDT on July 24 with news of the successful liftoff and rocket landing.