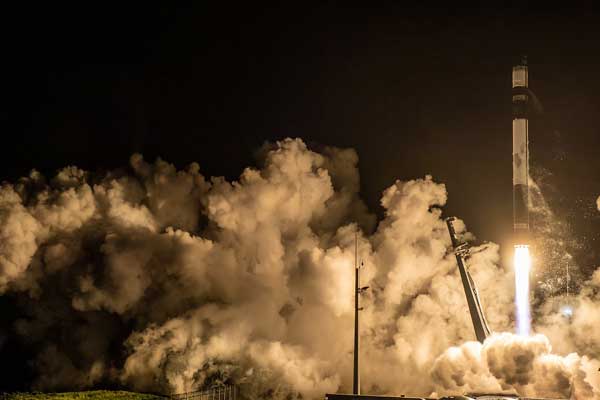 China completed construction of its space station, SpaceX reached multiple milestones, Firefly Aerospace put payloads in orbit for the first time, OneWeb resumed deployment of its broadband constellation aboard an Indian rocket, and a new crew began a six-month stay aboard the International Space Station during October.

There were 23 orbital launch attempts last month, or a launch on average every 32 hours and 21 minutes. That is the highest monthly total for the year. There were 21 successes, one failure and a partial failure in October. The world surpassed the number of launches for all of 2021 with two months left on the calendar.

Let’s take a closer look at who launched what last month.

U.S. launch providers flew nine times in October, with China and Russia tied for second with six launches apiece. India and Japan launched one time each.

The United States continues to lead with 72 launches, followed by China with 48 and Russia with 19. India has launch four times, Europe three times, and Japan, Iran and South Korea have launched one time apiece.

SpaceX has launched 33 Falcon 9 rockets dedicated to deploying Starlink broadband satellites. The company has deployed 1,624 Starlink spacecraft this year, and 2,600 Starlink satellites on 49 dedicated launches and one rideshare mission since January 2021.

SpaceX could well meet CEO Elon Musk’s goal of launching 60 times this year. He has said the company will aim for 100 launches in 2023.

Firefly Aerospace’s Alpha booster placed payloads in orbit for the first time after the rocket failed during its maiden flight in September 2021. Firefly considered the flight to be a complete success. However, Wikipedia lists the mission as a partial failure because the payloads were released at a lower altitude than planned.

Rocket Lab set a new company record of eight launches in a calendar year when an Electron rocket placed the Franco-American GAzelle (Argos-4) satellite into orbit from New Zealand. The spacecraft, a joint project of the National Oceanic Atmospheric Administration and the French space agency CNES, will collect environmental data from sensors located around the world.

China saved its biggest launch for the end of the month. On Oct. 31, a Long March 5B launched the Mengtian science module to the Tiangong space station. The module docked with the facility the next day, completing the assembly of China’s first permanent space station.

Tiangong is now configured in a T-configuration with its Tianhe core module and Mengtian and Wentian science modules. Taikonauts will conduct research inside the modules and attach experiments to the outside of the station. China has said it eventually plans to expand the permanent crew from three to six taikonauts.

Russia picked up the pace last month, conducting six of its 19 launches this year. On Oct. 26, a Soyuz-2.1a rocket launched the Progress MS-21 resupply ship to the ISS from the Baikonur Cosmodrome in Kazakhstan.

Russia also launched three Gonets communications satellites, Angola’s AngoSat-2 comsat, a GLONASS navigation spacecraft, a technology demonstration satellite, and what is believed to be a reconnaissance satellite. Skif-D is a prototype satellite for the Skif high-speed broadband constellation.

The launch of the Gonets and Skif-D satellites on Oct. 23 was the first of the year from the new(ish) Vostochny Cosmodrome in Russia’s Far East.

India scored a major success for its effort to commercialize its space program when a GSLV Mk III rocket orbited 36 OneWeb broadband satellites. It was the first OneWeb launch since February after relations between the London-based company and Russia broke down over that nation’s invasion of Ukraine. All previous OneWeb satellites had launched on 13 Russian Soyuz boosters. OneWeb canceled the remaining six Soyuz launches planned for this year.

The launch raised the number of OneWeb satellites in orbit to 462. The full broadband constellation will include 658 satellites.

Japan saw its first — and thus far, only — launch of the year go awry on Oct. 12. The Epsilon rocket, which had eight technology demonstration satellites aboard, began to veer off course at the time its second and third stages separated. Controllers activated the rocket’s self-destruct system as a safety measure.

Investigators have said a malfunctioning attitude control thruster caused the rocket to veer off course. It was the first failure in six launches of the solid-fuel Epsilon rocket.

The 23 launches were conducted from 13 spaceports and a floating platform in seven countries. There were four launches from Cape Canaveral Space Force Station. Florida has hosted 47 launches from the Cape and NASA’s Kennedy Space Center through Nov. 1. 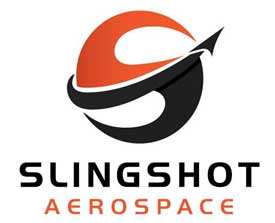