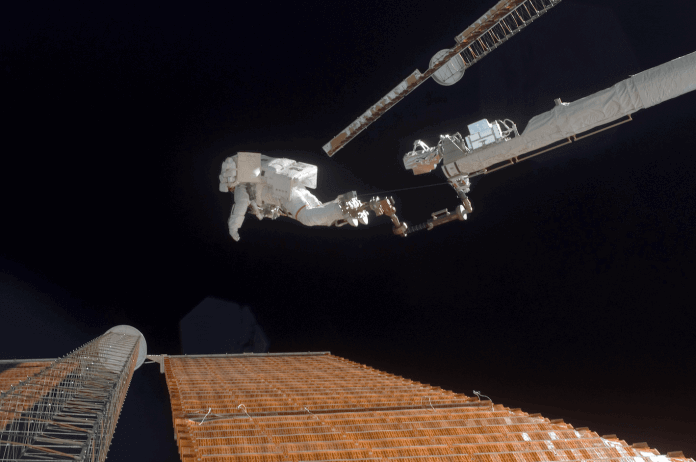 Two astronauts aboard the International Space Station (ISS) are set to conduct a spacewalk to begin the process of increasing the station’s electrical power generation output.

The spacewalk, US EVA-71, will be conducted by NASA astronauts Kate Rubins and Victor Glover, who officially began the sojourn at 06:12 EST (11:12 UTC).

The ISS is equipped with eight Solar Array Wings (SAWs), each of which were designed to produce around 30 kilowatts (kW) of power, for a total of about 250kW across all eight arrays.

Due to degradation — which was expected — the power-generating arrays now only produce around 160kW of power.  At the same time, the Station’s users, including the recently added Nanoracks Bishop airlock and European Bartolomeo external platform, are requiring more power than was originally envisioned at the time of the outpost’s design.

Whilst the Station’s solar arrays were originally designed to be completely removed and replaced via the Space Shuttle, the retirement of that vehicle forced the ISS program to come up with an innovative solution to increase the amount of available power.

As a result, the ISS Power Augmentation (IPA) program was born.  The plan calls for adding six additional solar arrays to the ISS to augment its power generation and restore it back to original levels.

Specifically, six new ISS Roll Out Solar Arrays (IROSA) will be added.  The IROSAs are a new type of array technology, which differs from the Station’s original arrays which were folded up and deployed in an accordion-like manner.

Developed by Deployable Space Systems of California, the IROSAs roll out in a mat-like manner from inside a cylindrical canister.

Its solar cells are mounted on a very thin, flexible blanket rather than traditional rigid panels, and it features a composite boom which adds rigidity and allows for deployment without the use of motors or complex mechanisms.

This allows the large arrays to be stowed very compactly — which is important given the current launch options available to the Station program. 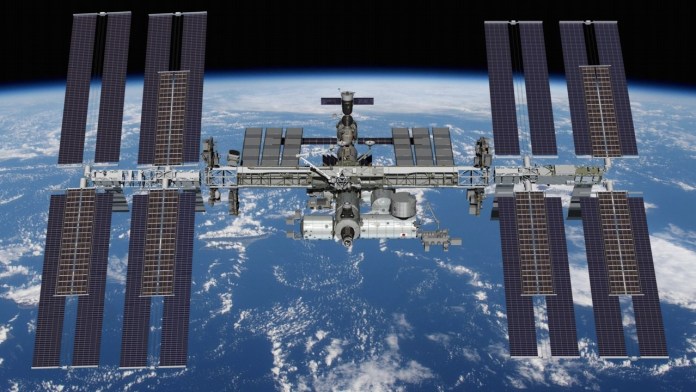 The placement of the new IROSAs over the existing Station solar arrays. (Credit: NASA/Boeing)

The IROSAs will be installed over six of the Station’s existing solar arrays.  Although the IROSAs will partly shadow the existing arrays, the original arrays will still continue to generate power alongside the IROSAs.

Each IROSA will produce 20kW of additional power, for a total of 120kW across all six arrays.  The unshadowed portions of the original arrays will continue to produce 95kW, making for a combined total of 215kW of power which will be available to the Station, close to its original level.

This is an increase of nearly a third compared with the outpost’s current 160kW of available power.  When combined with the recently completed effort to replace the Station’s batteries with new Lithium-Ion units, this will ensure the ISS has adequate power to support its increasing demands throughout the remainder of its life.

A sub-scale version of the IROSA was successfully tested on Station in 2017, and the technology is already planned for use on the Power and Propulsion Element (PPE) of the Lunar Gateway, as well as on Dynetics’ Human Lander System (HLS), for the Artemis Moon program.

The six IROSAs will be launched two at a time on a pallet inside a SpaceX Cargo Dragon 2 trunk starting with the CRS-22 flight in June 2020.  The new arrays will be installed via spacewalks.

The “mod kit” that will be constructed and installed onto the Mast Canister Assemblies. These kits will serve as the attachment platforms for the new arrays. (Credit: NASA)

The IROSAs will be structurally mounted to the base of the Station’s existing Mast Canister Assemblies, which housed the current arrays during launch and now serve as their “base”.

However, as it was never envisioned that the IROSAs would be added to the ISS, no structure currently exists on which to mount them.

Constructing this will be the goal of today’s spacewalk.

A so-called “mod kit” will be installed onto the Mast Canister Assembly, consisting of several struts which will be connected together to form a structural framework for the IROSAs to be mounted on in future.

The location of today’s work on the 2B and 4B arrays on the P6 truss. (Credit: NASA)

The first task for the spacewalkers after translating out to the P6 worksite, carrying some very large work bags with them, will be constructing an A-frame structure called the upper bracket, which will in turn be mounted to the center of the 2B Mast Canister Assembly.

This will complete the 2B mod kit installation.

The upper bracket will then be constructed and attached to the 4B Mast Canister Assembly, as will its right lower strut.

This is where the spacewalk is planned to end due to time constraints; however, if the duo are ahead of the planned timeline, the build of the 4B mod kit will be continued.

If the pre-spacewalk plan is followed, completion of the 4B Mast Canister Assembly mod kit will be completed on a future spacewalk, and the pair will head back inside the Quest airlock.