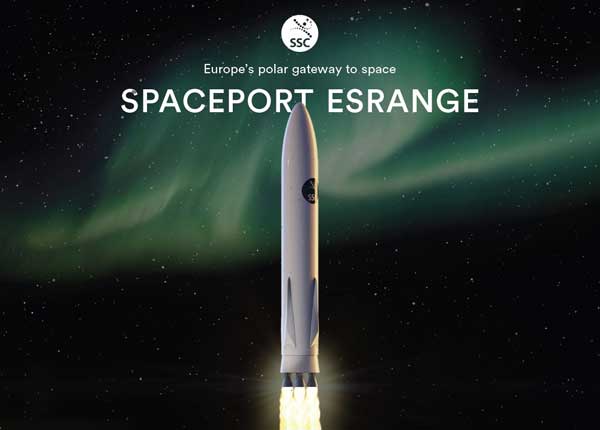 And then there were two.

Swedish and European Union (EU) officials inaugurated Spaceport Esrange on Friday as the sounding rocket range moved toward its first orbital launch later this year by an as-yet unidentified company. The ceremony came only days after Spaceport Cornwall in England hosted the first orbital launch attempt from Western Europe.

There are additional spaceports under construction in Scotland and Norway to serve the small launch vehicle market. By the end of the year, Western Europe could have as many as five new orbital launch bases to supplement the capabilities of the the continent’s main spaceport, the Guiana Space Centre in South America.

“Security, competitiveness, sustainability and our democratic values are key to a stronger Europe and a better world. Space enables all of them. With Spaceport Esrange, EU gets a strategic asset which provides independent access to space. This will be instrumental for reaching the EU and UN sustainability goals as well as strategies within security and defense,“ said Anna Kinberg Batra, chairwoman of the Swedish Space Corporation (SSC) that owns and operates the base.

“Kiruna is already one of Europe’s strategic gateways to space. And the new launch complex at Esrange is a critical asset that will strengthen Europe’s capability to launch satellites and improve our space competitiveness. I am certain that this spaceport will strengthen Sweden’s active role in space, involved in many of ESA’s flagship projects and through our ground station here in Kiruna,“ Aschbacher said.

“SSC are in advanced discussions with several potential rocket partners for future orbital launches from Spaceport Esrange. A first satellite launch is expected by the turn of the year 2023/24,” the corporation said.

ArianeGroup will begin tests at Esrange later this year on the ESA-funded Themis reusable launcher demonstrator. The flights will not go to orbit.

Two German companies, Rocket Factory Augsburg (RFA) and Isar Aerospace, have conducted engine tests for their small satellite launch vehicles at Esrange. However, neither company has announced plans to launch from the facility.

Competition in Other Places

The inauguration of Spaceport Esrange came only four days after Virgin Orbit’s unsuccessful launch from Spaceport Cornwall in England. A modified Boeing 747 took off from the Cornwall Newquay Airport and dropped a LauncherOne rocket over the Atlantic Ocean off the southern coast of Ireland. LauncherOne’s second stage shut down early due to an anomaly, causing nine satellites to burn up in the atmosphere.

The failure left the race wide open for the first successful orbital launch from Western Europe.

Last week, RFA announced it would launch its RFA ONE rocket from SaxaVord Spaceport. RFA will also use the launch pad at SaxaVord for the testing and qualification of the vehicle’s core stage.

RFA ONE will have the following payload capacities:

RFA anticipates launching satellites largely dedicated to Earth observation and communications. The maiden flight is scheduled for the end of 2023.

Other companies that have announced plans to launch from SaxaVord include Skyrora of Scotland, HyImpulse Technologies of Germany, and U.S.-based ABL Space Systems.

Skyrora’s three-stage Skylark XL rocket is designed to launch up to 315 kg (694 lb) into polar orbit.

Isar Aerospace has announced plans to launch its Spectrum rocket the Andoya Space Center in Norway and Europe’s Spaceport in French Guiana. Spectrum will have the following payload capacities:

Isar is anticipating the maiden launch of Spectrum later this year.

Innospace of South Korea has signed an memorandum of understanding to launch from Andoya. The company’s two-stage HANBIT-Nano launch vehicle will be capable of launching 50 kg (102 lb) into orbit.

Scotland-based Orbex plans to launch its Prime rocket from Space Hub Sutherland. The booster will be capable of launching 150 kg (331 lb) into a 500 km (311 mile) high SSO.